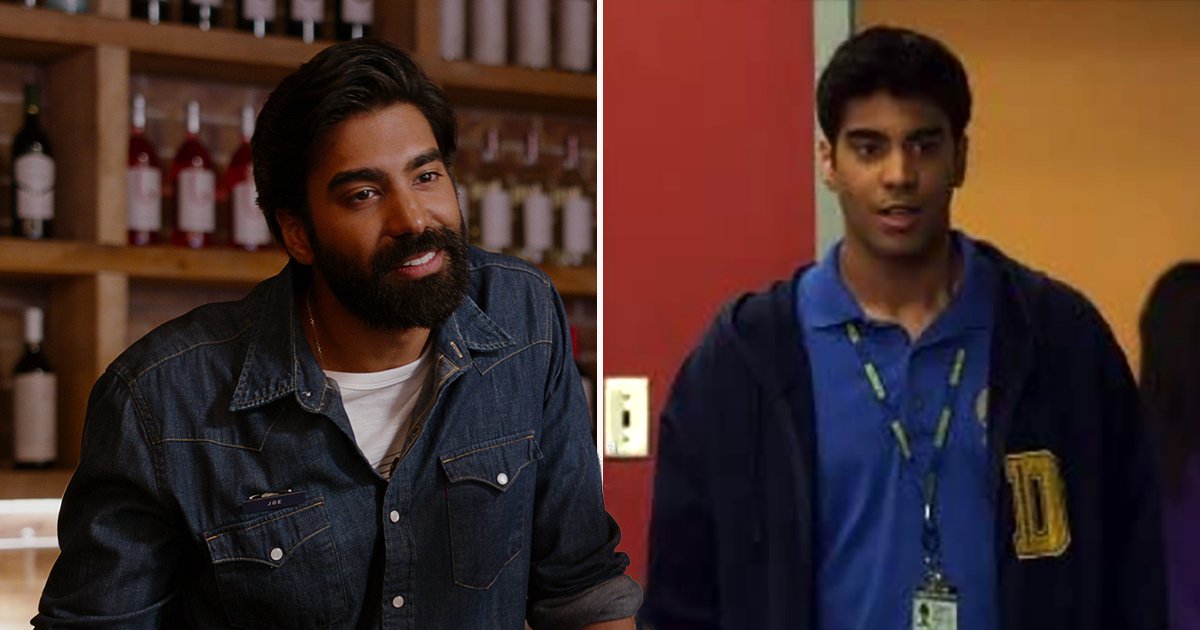 Degrassi: The Next Generation can get enough Ryamond Ablack’s new role in Netflix series, Ginny and Georgia.

Now the 31-year-old is winning over a whole new legion of fans thanks to his part as cafe owner Joe.

Ginny and Georgia is a mother-daughter drama that follows a 30-year-old mom (Brianne Howey), her angsty 15-year-old (Antonia Gentry) and her young son Austin (Diesel La Torraca) as they settle down in a picturesque New England town after several years on the run from Georgia’s troublesome past.

It doesn’t take long before they bump into Joe, a conscientious and caring farmer own who is running a successful cafe and ends up constantly providing a supportive ear to the family.

Viewers have flocked to Twitter to share their love for Raymond as many claimed Georgia needs to be with him instead of Mayor Paul, played by Friday Night Light’s star Scott Porter.

One fan tweeted: ‘Raymond Ablack really has been the golden standard for good men for 12 years at this point.’

Another wrote: ‘Okay I was in love with Raymond Ablack in degrassi but I just watched him in Ginny & Georgia and he ages soooooo well. That is a MANN’.

One added: ‘Raymond Ablack has always been hot, but he’s reached peak in #ginnyandgeorgia’.

While one fan gushed: ‘the fact raymond ablack a man i had a crush on back when i watched degrassi is now on ginny and georgia and i still have the biggest crush on him.’

Looks like Netflix has delivered a new canditate to become ‘the internet’s boyfriend’.

Ginny & Georgia is available to stream on Netflix.

MORE : Halle Berry drinks wine naked in bed as she prepares to star in Netflix thriller The Mothership

Fit As A Fiddle: Seated Workout

Chris Harrison says he plans to return to ‘The Bachelor’ in 1st interview since...