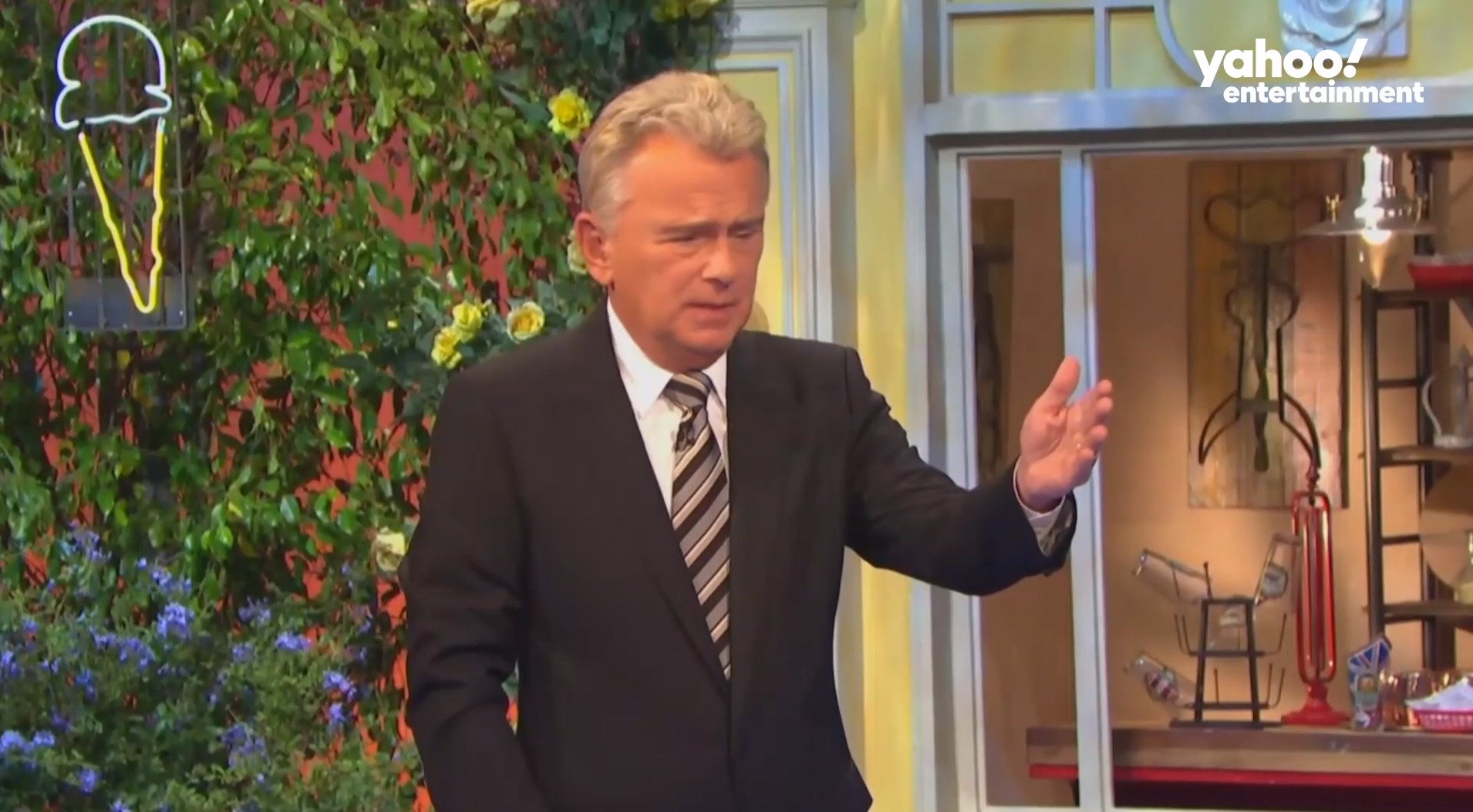 Wheel Of Fortune’s Pat Sajak has been slammed by US TV viewers for mocking a contestant’s lisp on the show.

Chris Bramble appeared on the long-running series in the hopes of winning big money prizes, but was introduced by Pat who mimicked his speech impediment.

As Chris explained his job, selling technology that benefits older adults, Pat asked him if that was difficult considering the myth that older generations are resistant to new things.

‘You’d be surprised how open they are,’ Chris told him.

Pat then responded with an ‘I thee’ instead of ‘I see’.

While the studio audience and Chris himself laughed off the joke, viewers at home weren’t as happy, saying that it was rude of him to poke fun at the contestant this way.

‘Thanks for making fun of people with a lisp on tonight’s show you arrogant overpaid jerk – Pat Sajak,’ one wrote. ‘Quit now. Maybe if you grew up with a speech impediment you’d understand.’

Another added: ‘People love to p**s and moan about cancel culture and like I kinda get it when someone said something s**y in 2005 and get dragged for it in 2021.

‘But like Pat Sajak made fun of somebody’s lisp literally THIS WEEK, how did he not think there would be immediate backlash?’

‘I know that it’s been 13 years since I left the toxic game show fanbase,’ said another. ‘But what Wheel of Fortune host Pat Sajak said on last night’s show making fun of someone because of their speech problems or disability was totally appalling and disgraceful.’

Others suggested that Pat was ‘trying to get fired’ from his position after 40 years.

Launching Wheel of Fortune in 1981, Pat has remained on hosting duties ever since, with Vanna White alongside him from 1982.

He stands as one of the longest running game show hosts ever, beating Jeopardy!’s late Alex Trebek, who was in this position for 36 years.

Norfolk breaks: The best holidays to book now as staycation searches surge by 300%

Chris Harrison addresses ‘Bachelor’ controversy after temporary departure: ‘I am an imperfect man’