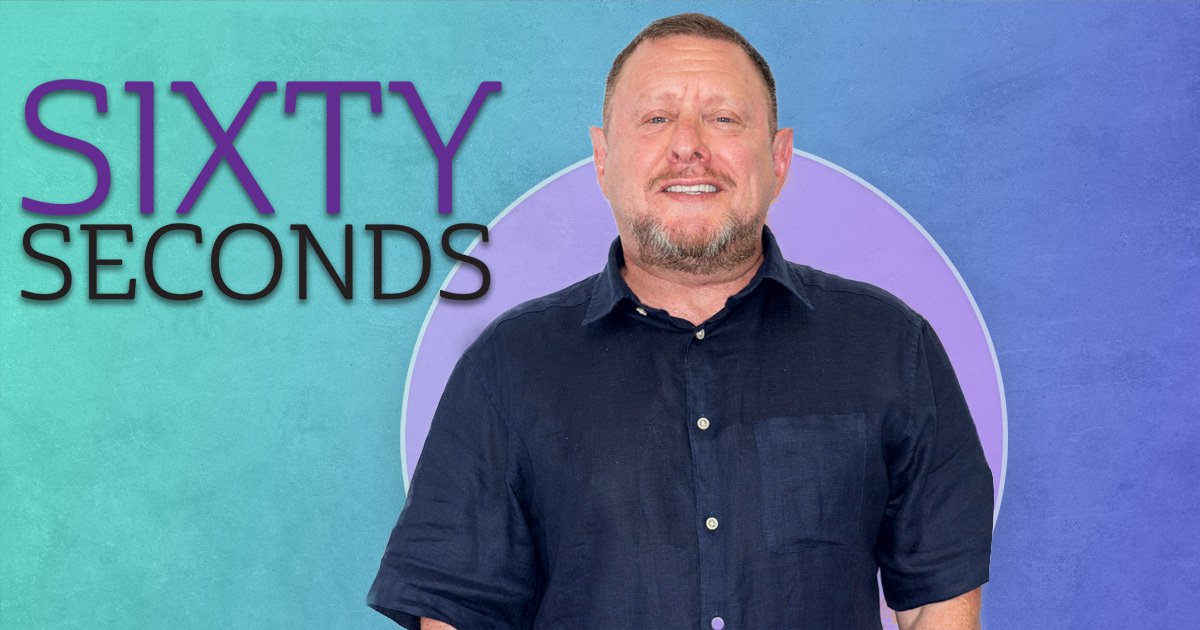 How are you doing at home in Salford today?

Great. I’d just put on a documentary about the assassination of Kim Jong-un’s half-brother when you rang.

As someone who used to suffer from stage fright, what made you decide to attempt a five-minute stand-up comedy act for Channel 4’s Stand Up And Deliver?

Well, I got over my stage fright years ago with the band. With the band, I was always telling jokes and acting the knob. I just thought with this, ‘Yeah, that’s something I can do’.

Because it’s just you being yourself…

Yeah, but then it started to get scripted and, because I’ve got ADHD, I don’t remember stuff. I stayed up all one night and spent days trying to learn a routine. I couldn’t do it.

At least you have fellow Salford boy Jason Manford as your mentor.

Jason’s brilliant. He’s from my neck of the woods. They wouldn’t let me have autocues so Jason was holding up these bleeding great signs for me.

How did you get on with the other celebrities, Rev Richard Coles, Corrie’s Katie McGlynn, Love Island’s Curtis Pritchard and Baroness Sayeeda Warsi?

How about the baroness?

Ah well, I was giving it to her big time. ‘Your dad must be ashamed of you. He’s a bus driver and you’re a Conservative baroness.’ But I was only joking. She’s great.

She was a bit concerned that she was using the F-bomb. [Shaun does posh voice] ‘What will people think of me using the F-bomb?’ She wasn’t brought up with an accent like that, was she? But she’s a great woman.

Did you go to watch your dad Derek doing stand-up when you were a teenager?

I was a billion miles away from it. That’s teenagers for you. The other day it was my girl’s birthday party and she wouldn’t let me put her on my social media stood next to me, blowing out the cake. Just a couple of years ago she was still daddy’s girl.

This show is for Stand Up To Cancer. You lost your nana and both grandads to cancer. What are your memories of them?

I pretty much lived at my nana’s. My mum and dad were working and were only 19 years old when they had me.

Which grandad got you a job as a messenger boy at the post office?

That was Bill. In those days you delivered telegrams that were evicting people from their flat. I’d turn up at 7pm, when it’s dark, and knock on the door with these telegrams and I’d see the whole family hid behind the couch.

Billy died later on of cancer but when I was 10, my other grandad died of bowel cancer.

Do you think appearing on reality shows as well as doing your music is just the way of the world now?

If you go back to the early noughties, I got asked to do Big Brother and I went, ‘No way.’ I was like, ‘I’m an artist. We don’t do that.’

I gave it to Bez, who won it. Just after that, you would look at what was happening in America and you’d be getting big stars like Run-DMC and Snoop Dogg doing these reality shows. It was all part of the new thing of attracting people to your music.

Have you got a solo album coming out this year?

Yeah, the single drops on, I think it’s March 15 and then the album’s out in June. The single’s called Mumbo Jumbo.

What do you think is the biggest misconception about you?

It’s funny because I can go out now and I’ll bump into a load of 22-year-olds and they’ll be, ‘Do you want a line?’ I’ve got three kids older than that. They think it’s still all like that.

What gives you peace of mind?

Just having my family around and that. When I’m at home and I’m just sat watching telly or walking in the woods.

How has your health been since you had Covid last year?

One of the girls had it but had no symptoms, the other girl had it but with symptoms, my missus had it, the lad had it.

So I get it and it was terrible. Even now, once or twice a week I can’t wake up in the morning. I keep falling asleep. It’s long Covid.

It’s your 60th next year. Does that bother you?

I’m just pleased to be knocking about. If you can get through your fifties, which is the most dangerous age for men, as I’m told, hopefully I’m alright. I was looking at Shane MacGowan and thinking I’m doing good because I’m not being wheeled on stage yet.

Stand Up And Deliver begins on Channel 4 at 9pm on Thursday.

There’s More To The End of Ginny & Georgia Season 1 Than Meets The...

ITV confirms that Love Island will return this summer, so hallelujah to that

JW Anderson on creativity and social conscientiousness in a crisis