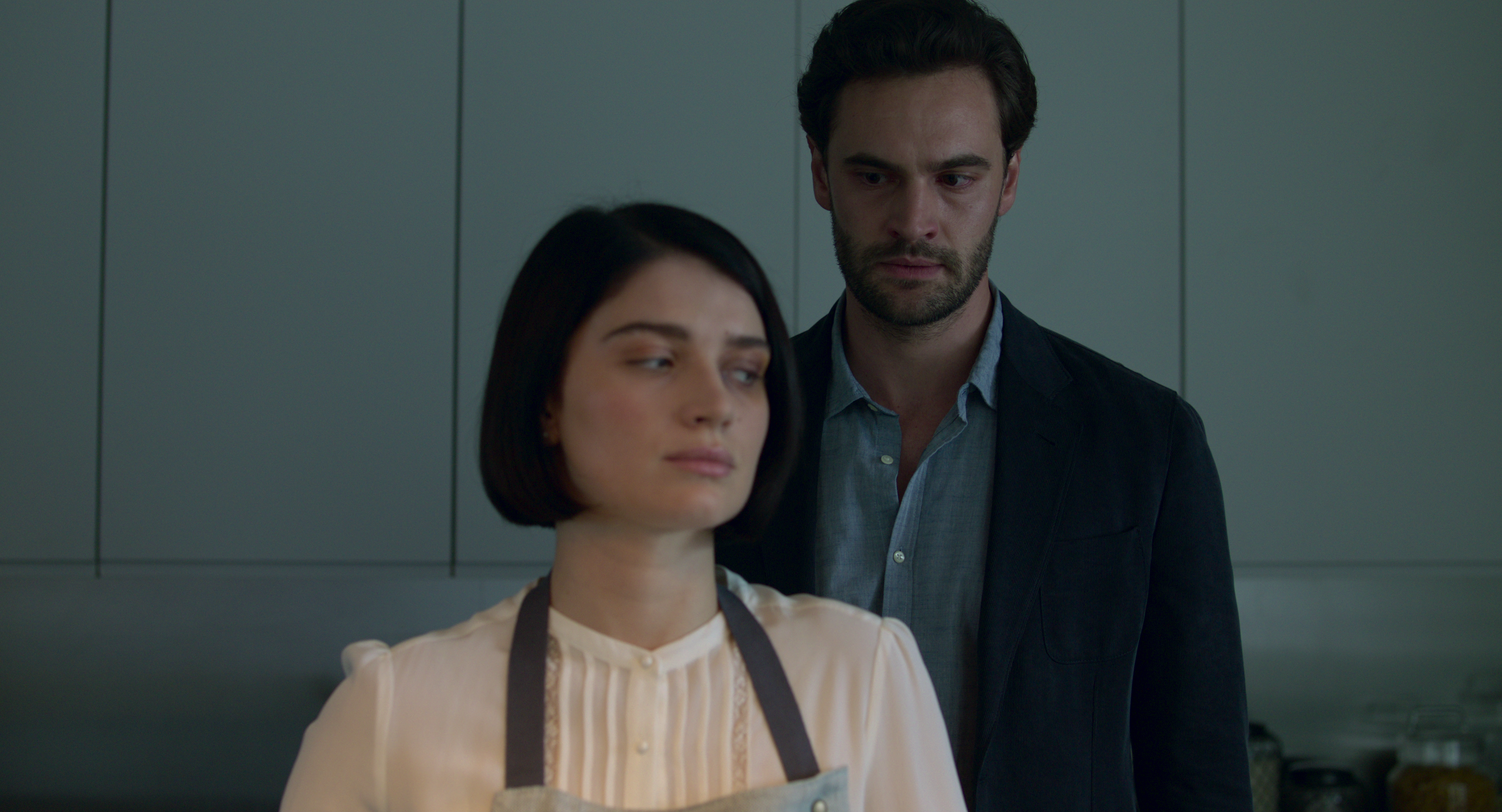 Scottish TV viewers who tuned in to watch Netflix’s new series Behind Her Eyes have slammed ‘anti-Scot stereotypes’ in the script, with one person describing the cliches as ‘completely unnecessary’.

Last week, thriller Behind Her Eyes premiered on the streaming platform, based on Sarah Pinborough’s novel of the same name.

The programme follows Louise (Simona Brown), a single mother who befriends a woman called Adele (Eve Hewson), who is married to Dr David Ferguson (Tom Bateman), the man that Louise is having an affair with.

With all six episodes of the series released on the same day, many Netflix subscribers got stuck into the TV show straight away.

However, some viewers in Scotland noted several ‘stereotypes’ about Scottish people in the dialogue, including the mention of Scottish people being ‘miserable’ and ‘stingy’.

‘Started Behind Her Eyes and I am not a fan of this “bad tempered Scot” stereotype they’re pushing. I would say we’re all bloody delightful,’ one person tweeted.

‘The second episode of #BehindHerEyes just overtly calling Scots ‘miserable’ and ‘stingy’. Honestly, @NetflixUK, there’s no need for dialogue tarring all Scots with nasty stereotypes just to make a point about a single character being grumpy in that moment,’ another commented.

Scottish singer-songwriter Sadenia ‘Eddi’ Reader asked her 35,000 followers on Twitter whether they caught the ‘anti-Scot script’.

‘OK… I watched ‘Behind Her Eyes’… Forget about the mad plot… did anyone else catch the anti-scot script?? Apparently all ‘Scots’ are either ‘miserable’ or ‘mean’… knitting pure officially ripped out,’ the musician said.

In response, someone said: ‘I was angry at that. Completely unnecessary. You would never hear that sort of dialogue in a Scottish drama about the English.’

‘Yip I thought I was overreacting but the more I thought about it the angrier I got,’ another remarked.

Eddi wrote in a follow-up tweet that she spoke to the author of the book, who said that she did not pen the lines in question.

SNP MP Stewart Hosie also voiced his opposition to the ‘stereotypes’ in the show, telling The Mirror: ‘These daft, tasteless, inaccurate and outdated stereotypes should be consigned to history.’

Some Scottish viewers also called into question the Scottish accents of the actors in the series, with some stating that they believe Scottish actors should have been cast in the roles.

Behind Her Eyes is available to watch on Netflix.

MORE : 13 Going On 30 reunion for Jennifer Garner and Mark Ruffalo as they film new Netflix movie

Tristan Thompson turns to Kim Kardashian for advice about his relationship with Khloe on...

No sex please, we’re Disney: Why we shouldn’t look to the House of Mouse...