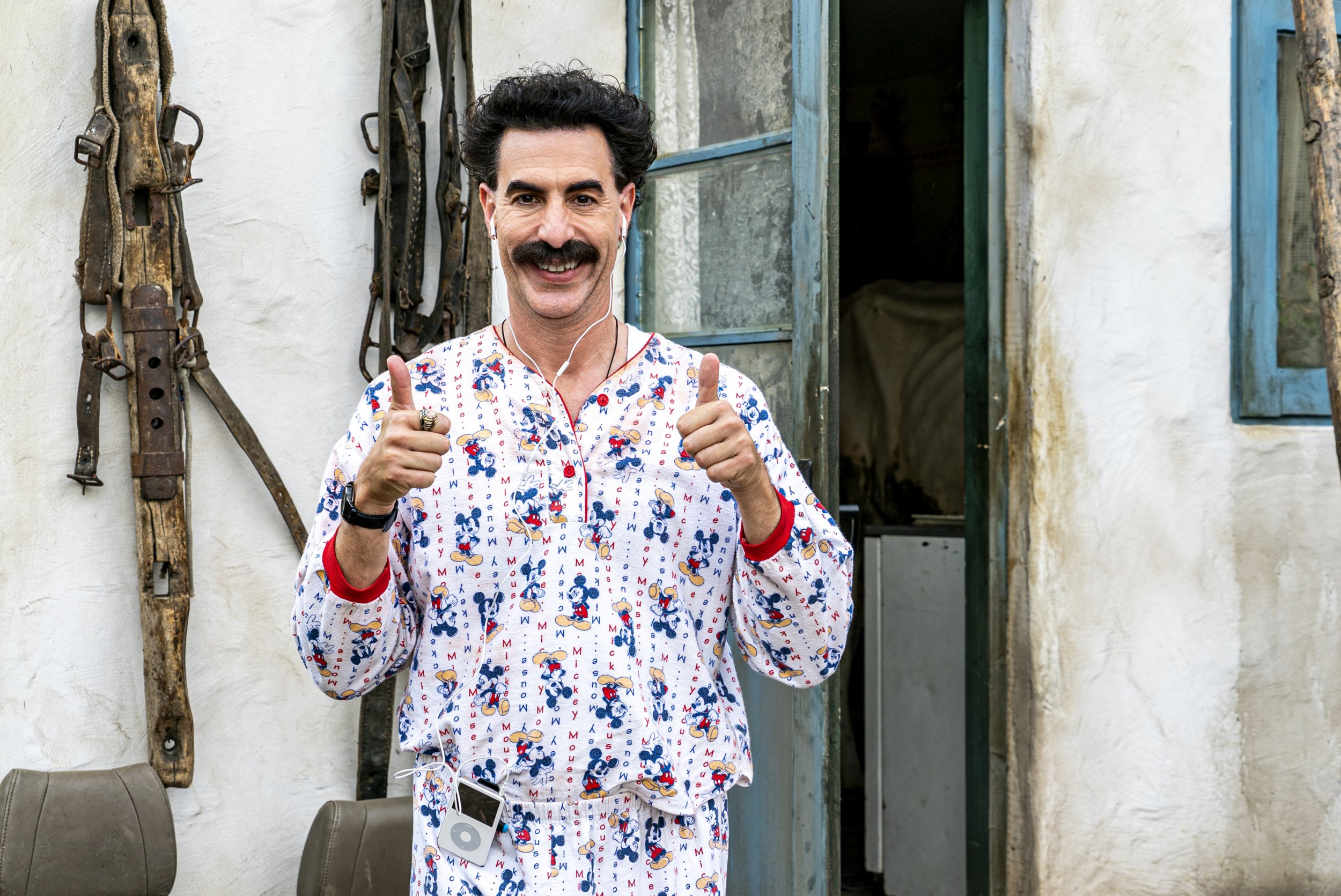 Sacha Baron Cohen has shot down any hopes of a Borat 3, saying his luck will ‘run out’.

The film was made in the hopes of ‘possibly influencing’ the US presidential election and taking a stand against Donald Trump.

‘We felt we had to do something, we felt democracy was in real danger,’ he said on NPR’s Fresh Air.

‘I felt I had to do anything I could to remind people of what, in 90 minutes, in a humorous way, of what Trump had done the prior four years, and I felt I had to try and infiltrate his inner circle, which we did do with Rudy Giuliani and Mike Pence.

‘We felt we had to do that. I felt I had to get this movie out before the election. But, yes, maybe I’m crazy.’

Despite the success of the movie, Baron Cohen thinks he would be ‘mad’ to give Borat a third cinematic outing.

The actor said: ‘I think I’d be mad to. I was so angry with what was going on in America. And I’m not an American citizen, but I was scared for America.

‘I was scared for the rest of the world because I knew that if – I felt that if democracy was completely dismantled in America, then other democracies around the world would follow suit, and other authoritarian leaders would do the same.

‘And I felt I had to take a stand. So no, I can’t do this again. Firstly, just practically, at some point, your luck runs out.’

For one scene, Borat dressed up as a right-wing singer ‘Country Steve’ at a gun rights rally in Washington State, before singing the song Wuhan Flu, a song designed to expose ‘the dangers of Trumpism’.

However, some attendees realised Country Steve was a spoof, and Baron Cohen – who was wearing a bulletproof vest – was chased into his car by a number of people toting semi-automatic weapons.

He previously wrote in Time magazine: ‘When someone ripped open the door to drag me out, I used my entire body weight to pull the door back shut until our vehicle maneuvered free. I was fortunate to make it out in one piece.’

Talking on NPR, the comedian said: ‘You know, escaping from that gun rally – you know, I spoke to the security guard afterwards and he just said, listen, a few seconds later and this could have ended very differently.

‘If I hadn’t have had a security guard who luckily grabbed the hand of, you know, somebody who reached for his gun, who knows? Maybe that guy would have tried to shoot me. Maybe he was just waving me to intimidate me.

‘But at some point, your luck runs out. And so I never wanted to do this stuff again. But no, I can’t.’

While Baron Cohen won’t be going back undercover, at least Borat is going out with a bang.

Borat Subsequent Moviefilm is up for three Golden Globes this week – best musical or comedy, best actor for Baron Cohen, and best actress for Maria Bakalova – while Bakalova is also up for best supporting actress for her role as Tutar at the Screen Actors Guild Awards.

Baron Cohen is also nominated for a Golden Globe Award and a Screen Actors Guild Award for best actor in a supporting role for his performance as Abbie Hoffman in The Trial of the Chicago 7.

MORE : Lorraine Kelly jokes she will be ‘cancelled’ for ‘misgendering’ Ricky Gervais’ cat

TJ MAXX IMPRESSED with the prices of the NEW, but on sale !!

Notorious B.I.G.’s mum threw out his crack thinking it was mashed potato