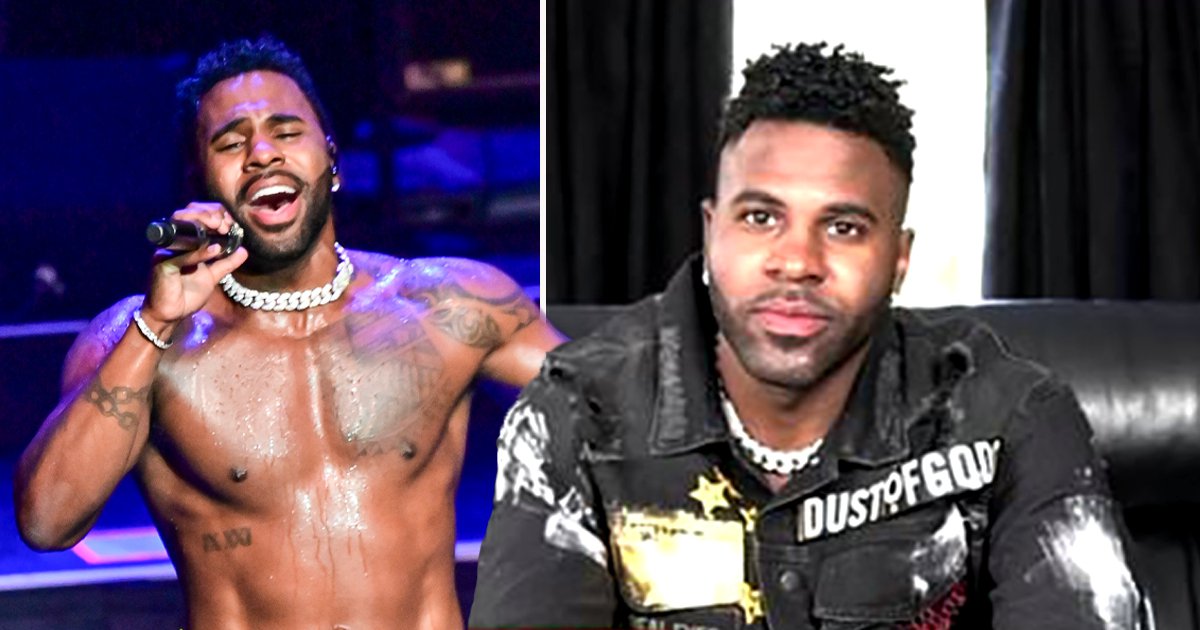 Things got very awkward during Jason Derulo’s appearance on The One Show, when he called a question ‘dumb’ while being interviewed.

The singer was speaking with hosts Amol Rajan and Alex Jones when he took issue with a question asked by a viewer.

Jason clearly didn’t appreciate being asked why he always sang his name at the beginning of his songs – and let the hosts know.

‘One of our viewers got in touch with us. He genuinely wants to know why you sing your name at the start of your songs,’ Amol said.

The singer then proceeded to talk about how it became his signature during the early days of his career, with a slightly uninspired answer.

‘When I was 19 years old I was just coming out on the scene and I wanted the world to know who was singing the song. And I just started doing it and then it took off,’ he said.

When asked if it helped to sell more records, Jason replied: ‘I don’t think it works for everyone but it definitely works for me.’

Viewers were quick to take issue with Jason’s interview, calling the singer ‘rude’.

‘Don’t have Jason Derulo back. Just rude,’ one viewer wrote.

More: The One Show

The talk then turned to lockdown habits, with Alex talking about Jason’s baking and dancing videos TikTok, which helped his fans get ‘more of an insight into my home life’.

Jason also went on to new collaboration with Maroon 5’s Adam Levine on new track Lifestyle, and thankfully there were no more ‘dumb’ questions to answer after the uneasy exchange.

The One Show airs at 7pm on BBC One and is available to watch on BBC iPlayer.

MORE : Jason Derulo raking in a staggering £50,000 per post on TikTok after Savage Love success

MORE : Will Smith and Jason Derulo surprise teen cancer patient with a PS5 in heartwarming video

Tory Burch’s Private Sale Ends Today: Save Up to 70% Off Handbags, Shoes, Clothing...

How to Watch ‘Raya and the Last Dragon’ on Disney Plus