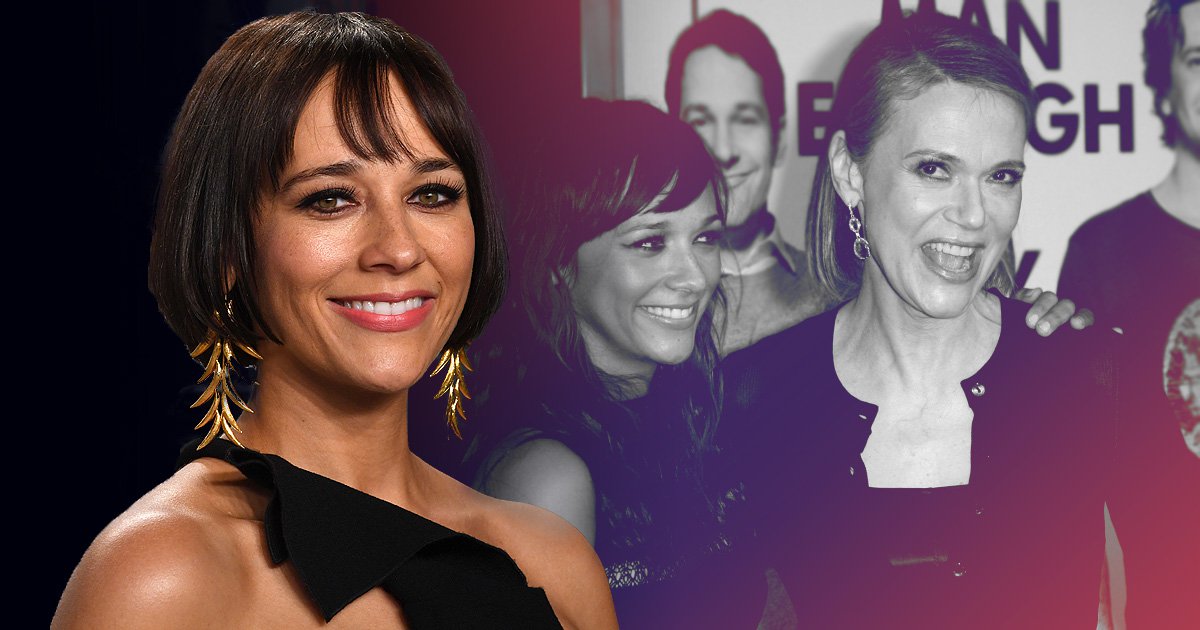 Rashida Jones has opened up about how difficult it was to become a new mother at the same time as losing her own mother, Peggy Lipton.

The actress, 44, revealed how heartbreaking it was to be facing the loss of her mother while expecting her son, Isaiah – now two – with her boyfriend Ezra Koenig, 36.

‘I was in grief-shock. I don’t even know if that’s a word, but I was just not in my body at all and just had a baby. I was doubly not in my body.’

The Office star added: ‘The thing that’s the craziest about birth and death is just the utter rawness of feeling. I still feel this way, I think. It’s like something cracks in you.

‘And strangely, there’s something that’s not recognizable before those two things happened. And it’s just this utter rawness of emotion where it doesn’t matter where I am, what I’m doing.

‘If I’m overwhelmed by that grief or that joy, that’s it. I have to feel that thing. I can’t suppress it. I can’t run away from it. It’s just there.’

Peggy, who was also an actress and model, died of colon cancer in May 2019 after having been diagnosed in 2004, just months after Rashida’s child was born.

Rashida added that she almost turned down the chance to star in her latest movie, On The Rocks, following her bereavement but that it ended up being therapeutic to work on.

She explained: ‘In a weird way, this movie was kind of a salvation for me because [director] Sofia [Coppola] is such a tender, present director and friend.

‘To land in this world for a couple months when I was kind of going through the hardest period of my life was like a real gift.’

MORE : Jeff Brazier doesn’t want his sons doing reality TV like him and Jade Goody: ‘It would be scary’

MORE : Travis Scott ‘loves responsibility’ of being dad’ to Stormi as he reveals daughter is his ‘major inspiration’