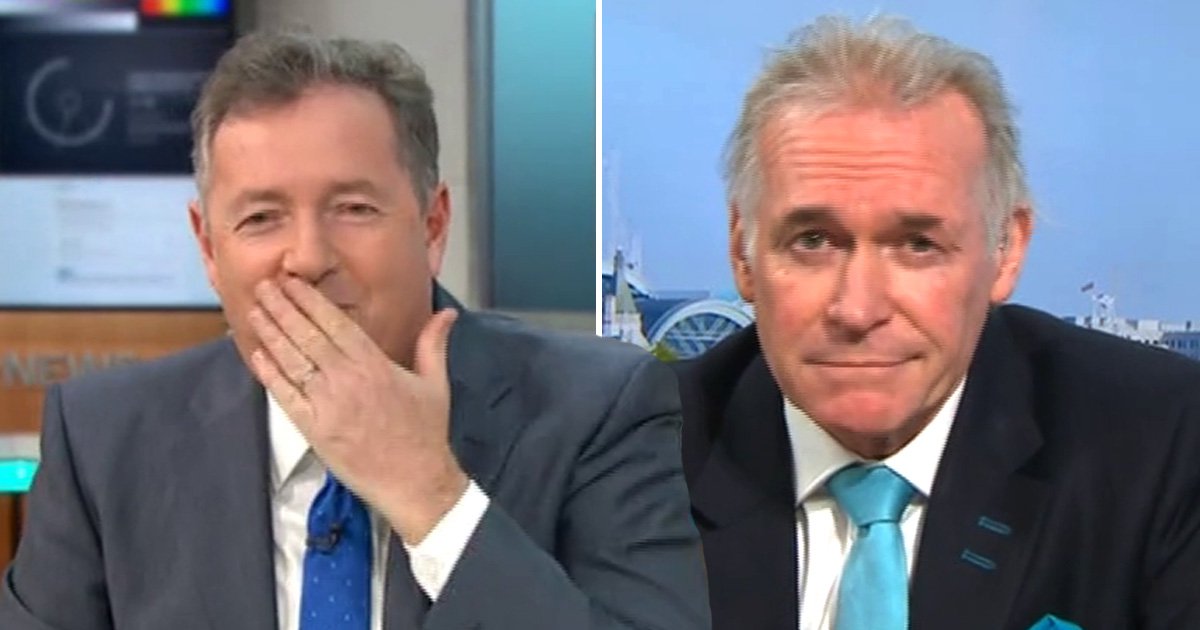 The presenters discussed on the show whether it’s inappropriate for people in some professions to have tattoos – while Piers said he doesn’t think teachers should be heavily tatted, Susanna Reid pointed out that she didn’t see a problem.

Meanwhile, things slightly devolved into chaos when Piers suggested he should get ‘bellend’ tattooed across his own forehead, with Susanna left slightly shocked.

However, things slightly devolved into chaos when the pair asked medical expert Dr Hilary Jones if he had any tattoos.

The healthcare worker casually responded: ‘No I’m more of an intimate body piercing guy myself,’ and we have no words.

Piers is clearly keeping everyone on their toes on his second day back on the show after his and Susanna’s 10-day break.

He admitted it had been a ‘long 10 days,’ before returning with a fiery interview with Health Secretary Matt Hancock.

During heated scenes on Good Morning Britain, a visibly riled Hancock told Piers that he ‘sounds exasperated’ for two reasons.

‘One, because I think we should be on this programme thanking my team. They worked so hard,’ he said before being interrupted by Piers who said he wouldn’t be thanking him for presiding over the highest death toll in Europe.

‘The second reason I am exasperated,’ Hancock continued.

He added: ‘Yes there were individual problems, I know that, and that’s what the team were sorting.’ He was then accused of being ‘patronising’ by Piers as the pair continued to clash and speak over each other.

Seals, surf and the call of the warrior queen – why Sligo is so...

Yes, The COVID “Baby Bust” Is Real — Unless You’re Rich