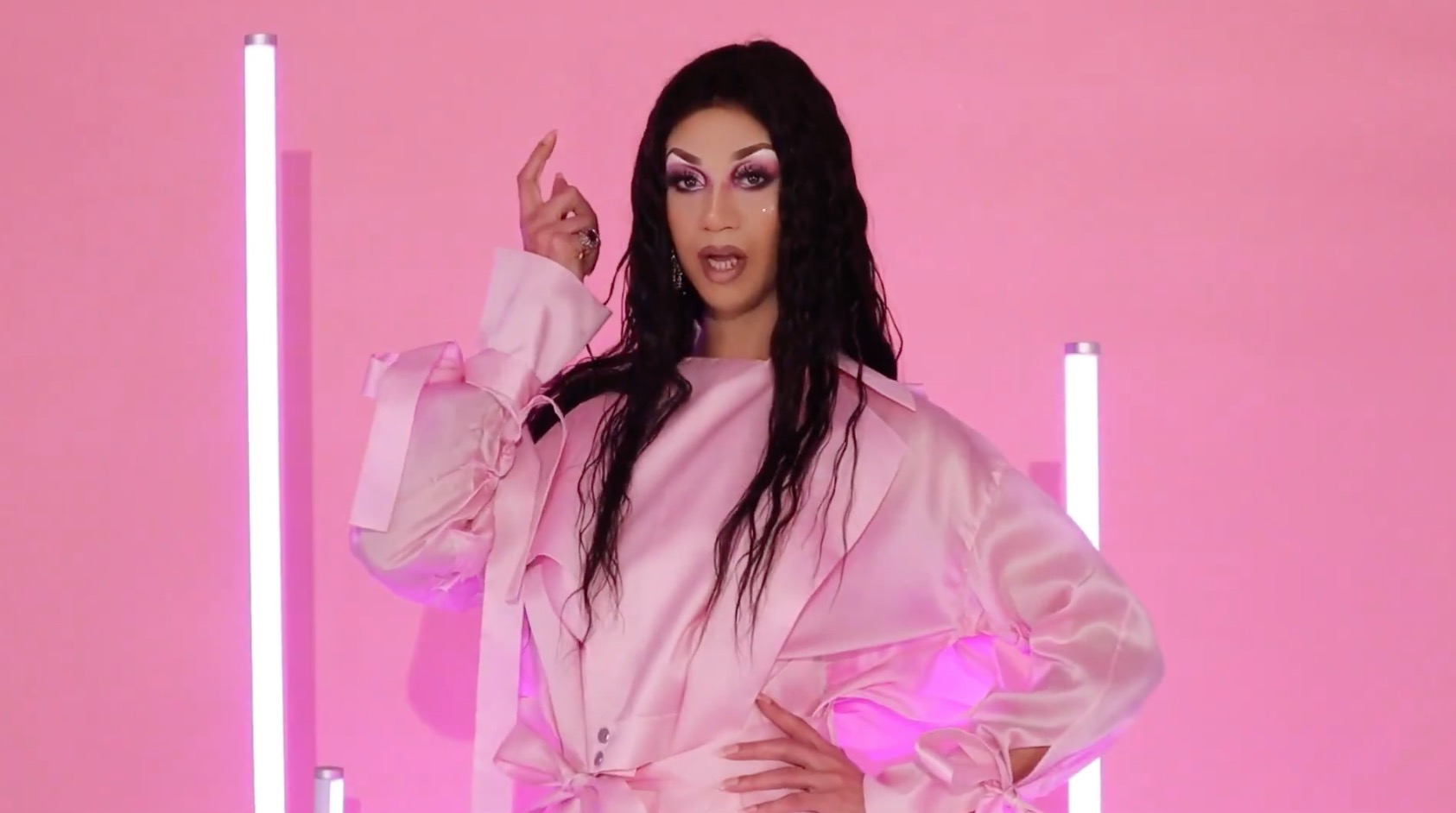 RuPaul’s Drag Race UK star Tia Kofi is making her bid for the charts with new single, Outside In – and we’ve got our hands on the music video.

In an exclusive to Metro.co.uk, Tia has shared the neon fantasy clip to partner up with her track, which has already racked up more than 50,000 streams online over the past two days alone.

After leaving the series last week, it’s full steam ahead for the Clapham queen, partnering up with Tom Aspaul and Remedy singer Little Boots to become a fully fledged pop star – something Tia’s been dreaming of for years.

‘It’s something that’s always been sort of inside, in my head and something that I’ve always sort of aspired to, but I never dreamed that I’d have the platform or the ability to do it,’ Tia, real name Lawrence Bolton, told us.

‘I’ve always written music and in my drag I sing live as part of a girl group, The Vixens. We’ve always done pure pop, Girl Power songs and had a very sort of 90s/00s vibe.

‘It’s always been part of me, but I never dreamed that I would have the opportunity to do it for real – and here we are!’

‘I’ve actually written songs previously for past Drag Race contestants and when I knew that I was going to be on the show, I started thinking about sort of writing my own songs,’ Tia said of the track. ‘A mutual friend put me in touch with Tom Aspaul and Little Boots, who had this amazing song which sort of allowed me to put my own vocals and own spin on.

‘We love them – the queer pop icons that is Tom Aspaul and the legend that is Little Boots. I legitimately sing Little Boots’ songs in my set, so it’s sort of like a dream come true.’

Like other drag queens across the country, Tia’s career was knocked when lockdown took effect, essentially eradicating all available performance time in the process as nightclubs were shut down across the country.

But now that Boris Johnson has announced the ‘roadmap’ to the country’s recovery following lockdown, Tia can’t wait to hear her own song performed as she returns to the stage.

‘We’re gonna be up and up and about, having a good time. 21st of June, I’m gonna be straight on that dance floor,’ she said.

‘I’ll be the annoying one who’s like going up to the DJ being like, instead of my usual play Britney, I’ll be “Play me! Play me please!”’

‘I think we all know as Queen of Clapham it will result in me attending The Two Brewers as though it was some sort of glamorous awards show,’ Tia laughed.

‘I might turn up and roll out my own red carpet out of the Uber.’

‘It’s a big year. We’re all going back to normality. Hopefully as we make our way out of the darkness and into the spotlight, to quote Everybody’s Talking About Jamie,’ she added.

‘We’re all going to be going back out, I am continuing to work on music, there will be many more bops coming your way in 2021, and possibly even working with some other queens, who knows? It’s all to play for.’

MORE : Drag Race UK star Sister Sister calls for fans to ‘be kind’ after being inundated with hateful messages from cruel trolls

‘The Real World: New York’ Original Cast Is Moving Back In! Check Out the...