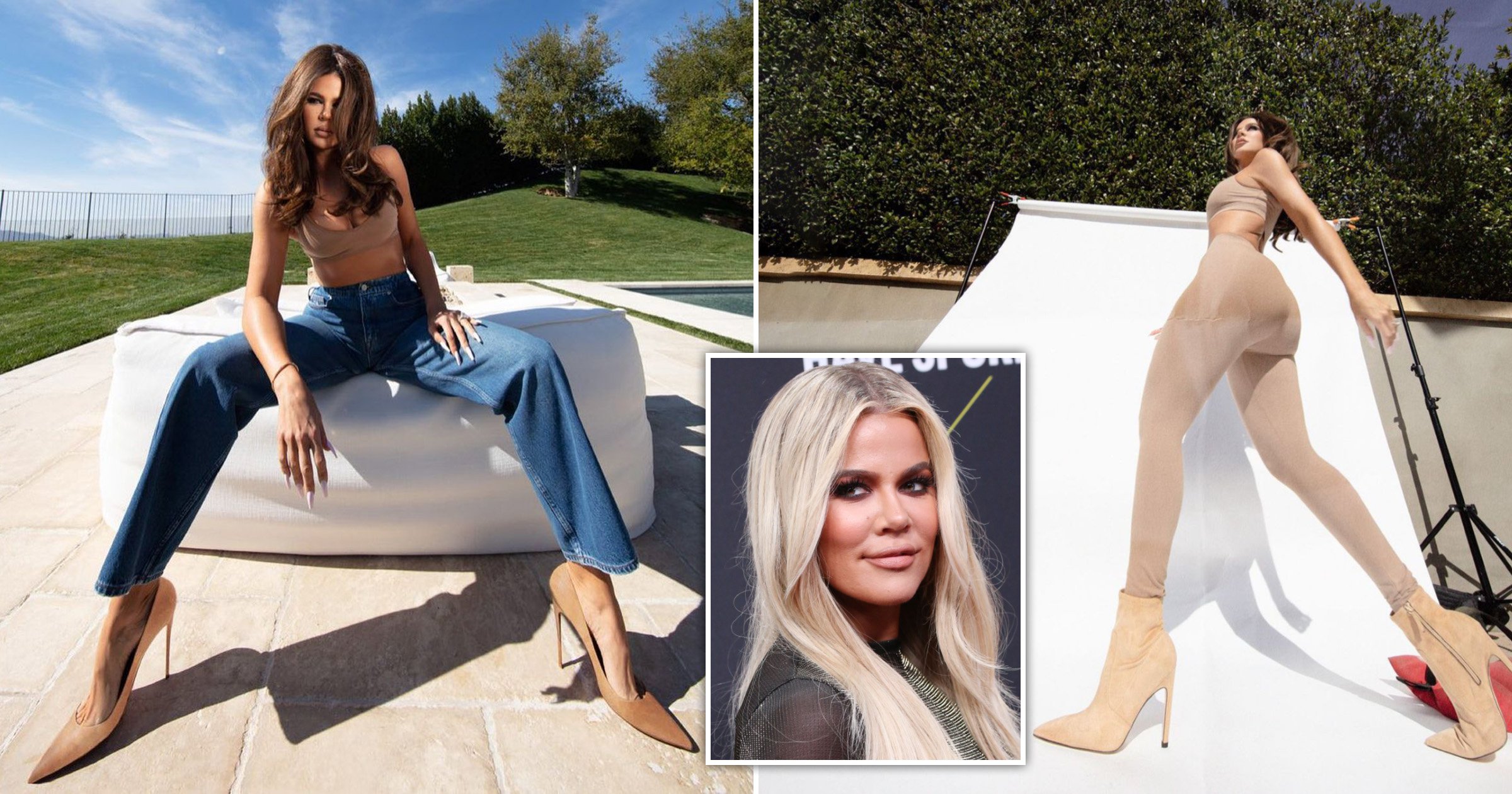 Khloe Kardashian has hit back at claims the latest promotional photos for her fashion brand Good American have been heavily photoshopped.

The reality star has been showcasing some of the new shoes being added to the clothing line with a series of quirky snaps which show her looking slimmer than normal with elongated hands and feets.

After fans started to question her appearance in the images, the 36-year-old set the record straight on Twitter.

She wrote: ‘HA I’m cracking up! 4a few of those GA photos, we shot on a camera lens that creates a stretching effect. The closer the object is to camera they will get elongated.

‘So in some of my photos my feet/fingers look incredibly long. Not to worry! I still have normal size hands/fingers (sic)’.

The mother-of-one added: ‘It’s just the lens guys! LOL but some of these stories are really reaching.’

Khloe has been making plenty of headlines amid the upcoming launch for the Good American shoe line, as she ended up sparking speculation that she is engaged to on/off partner Tristan Thompson.

The Keeping Up With The Kardashians star seemingly hinted she is set to marry the basketball player, who is the father to her two-year-old daughter, True, after she posted a photograph to Instagram with a huge diamond ring on her finger.

However, Khloe didn’t reference the eye-popping jewel in the caption.

Instead, she simply referenced the shoes and wrote: ‘New @goodamerican shoes are dropping 2.25 (sic)’