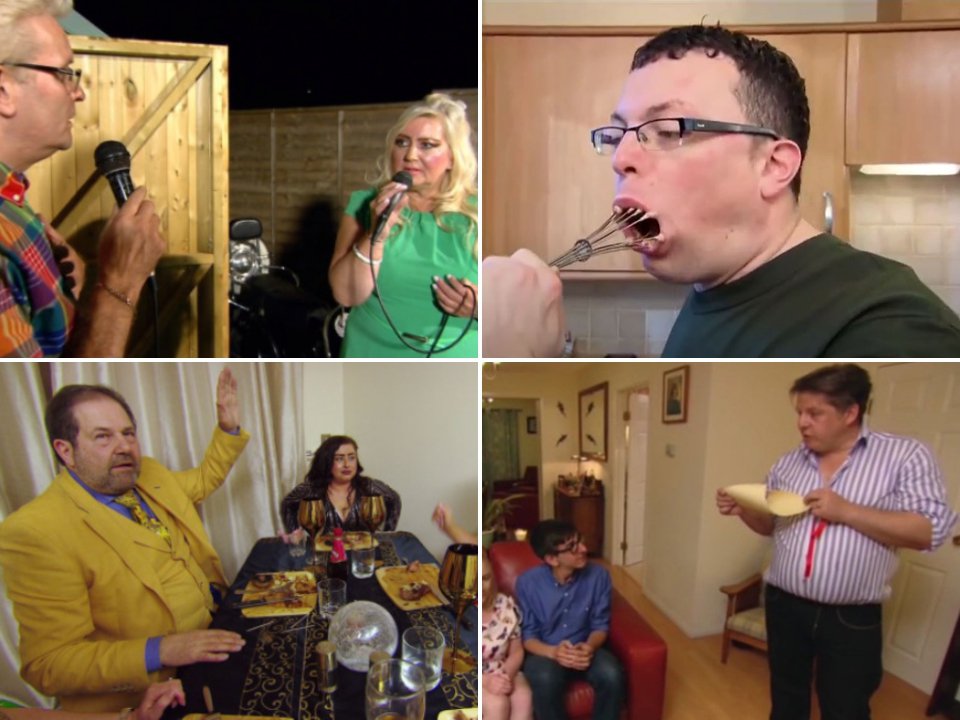 Come Dine With Me has become a staple of the small screen, with the show having racked up 45 series since it first burst on to our tellies in 2005.

And while most of the contestants do seem to get along during their week of hosting and attending dinner parties, it’s inevitable that the show’s time on air has brought with it some pretty memorable guests, from those who weren’t happy with the results through to those who just didn’t get along

And let’s not forget about those who made their mark in other ways.

Heather certainly pulled out all the stops to impress the others back in 2015, with a menu of smoked trout scotch eggs, tenderloin pork ratatouille with mushroom sauce and raspberry apple Charlotte.

But after sitting through a decidedly awkward dinner party during which things got a little heated between her and contestant Zaira Sheikh, Heather scored just 17 points from the others – finishing in fourth place, and she was incredulous as she read out the results.

‘You’ve really peeved me off,’ she told her fellow contestants, getting quite upset as she told them: ‘Mine was better than any of yours – and I came fourth? I’m so upset with all of you…I’ve been so honest,’ before pointing at Zaira and snapping: ‘I could given you a zero” before storming out and declaring: ‘I’m going to bed…forget it!’

Who could forget Peter Marsh, the 2016 contestant behind the ‘what a sad little life Jane’ rant which has become one of the show’s most memorable moments ever?

The trouble flared as Peter read the results out, discovering he had finished last behind fellow contestants Charlotte, Adam, and first-placed Jane – before telling her: ‘Enjoy the money, I hope it makes you very happy. Dear lord, what a sad little life Jane.’

But he didn’t stop there, telling her: ‘You ruined my night completely so you could have the money, but I hope now you spend it on getting some lessons in grace and decorum.’

He went on to tell her she had ‘all the grace of a reversing dump truck without any tyres on’ before concluding: ‘Take your money and get off my property.’

Ange and Dave (Couples Come Dine With Me)

Ange and Dave appeared on what many viewers dubbed ‘the most awkward couples’ episode ever’ – with Ange even declaring that there was a hair in the cheesecake one of her fellow contestants had served her.

But Ange’s antics didn’t end there – she called fellow contestant Sam a ‘dragon’, and criticised her table settings, produced a magnifying glass at the table in order to show off the size of her wedding ring to the others, and got in a spat with a fellow contestant’s girlfriend who had remarked that she didn’t like Ange’s accent.

‘You’ve got a twang which doesn’t come across very good,’ Ange responded. Eek.

Restaurant owner Giovanni certainly made an impact when he appeared as a contestant in 2018 – one who wasn’t afraid to speak his mind.

After one contestant, Anna complained that their fellow diner Claire had delivered a dish which she said was ‘acceptable for some and not for others’, Giovanni responded by telling her: ‘Here we have a future politician. You should go into politics. That was the biggest load of bullsh*t Anna.

‘Truth is important. It’s like telling someone to sing when they can’t. Go and get lessons, it’s as simple as that.’

Cue a massive barney among Giovanni and fellow guests Charlotte and Scott which did not go down well with the others – with another contestant Claire summing it up thus: ‘Tonight he has really annoyed me and I just think ‘wow, come on, get a grip’.’

While Giovanni may have made his mark however, Claire’s cooking skills left a big impression on viewers even before Anna had made her remarks.

Having grilled steak and made chips for her guests, she proceeded to turn them both over using oven gloves (what, no spatula or tongs!) before smothering the steak with bacon and grated cheese and finishing it off in the microwave.

But she didn’t stop there, transferring her chips from the oven to a wok to finish cooking them – before serving up the lot with a generous dollop of barbecue sauce. Oh, and just for added effect she dished up the meal on planks rather than plates.

Yvonne graced the show in 2010 and made her mark for all the wrong reasons – when, while trying to show off her gymnastic skills to the others, performed a handstand and promptly tumbled through an open door in the process.

If this moment has somehow passed you by, you can relive it in all its glory above.

Aka the man who did something unspeakable with a whisk while whipping up a cheesecake on the show – and promptly went viral for his efforts – with people still talking about it years later.

After all, this takes some doing.

We’ve seen all kinds of bizarre costumes on Come Dine With Me, but it would take some doing to top this number worn by contestant Martin back in 2015. Having dressed quite formally for the rest of the show he swapped his tux for a Borat-style mankini to dish up dessert.

‘In case it escaped your notice I don’t mind dressing up and making a little bit of a fool of myself,’ he said by way of explanation.

And while he might have looked a sight, his little stunt didn’t seem to phase the other contestants too much – who awarded him 29 points for his efforts in the kitchen.

MORE : What happens to the food on Come Dine With Me – is it actually eaten?