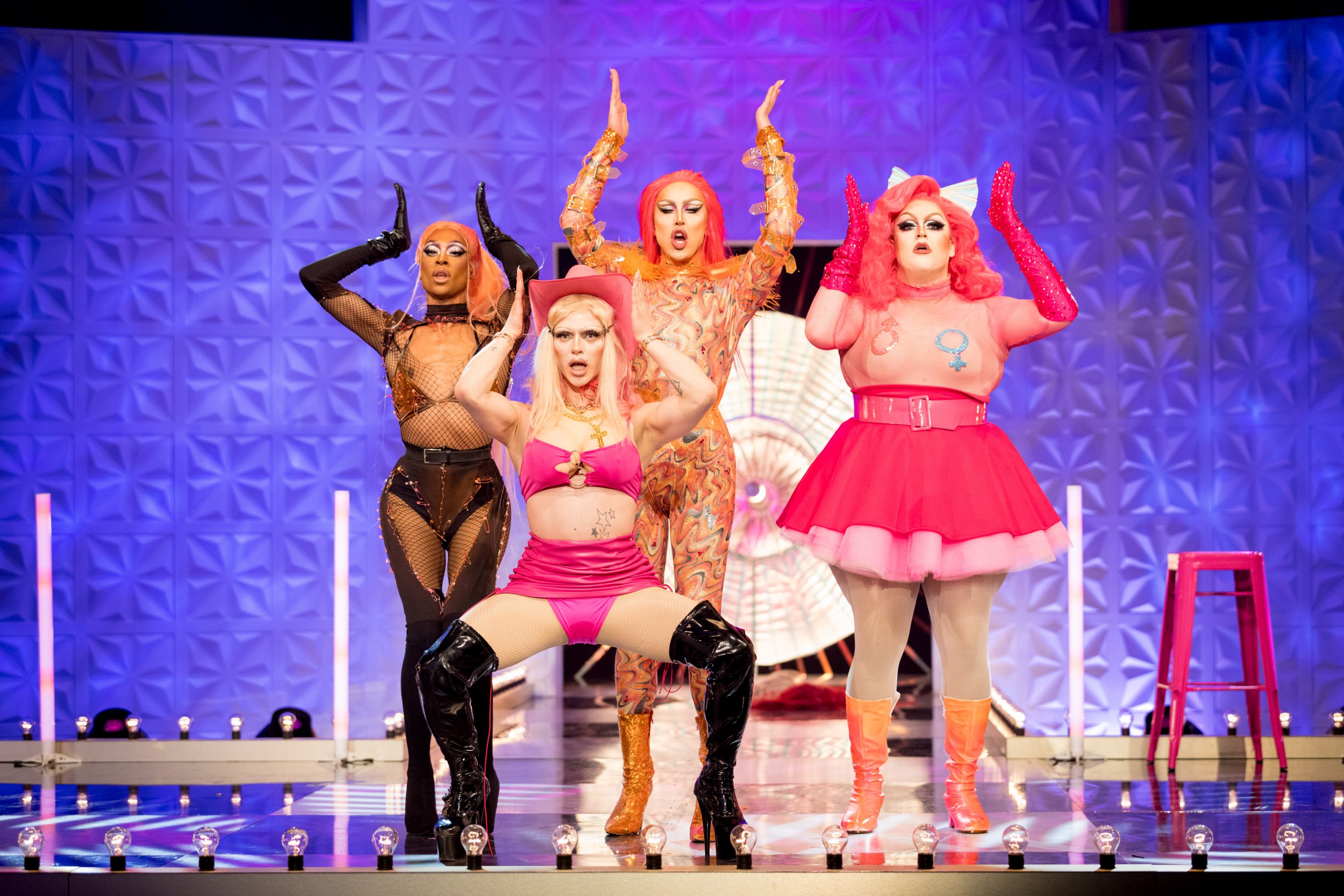 Bing, Bang, Bong, Sing, Sang, Song… UK, Hun? has officially been stuck in our heads for weeks thanks to RuPaul’s Drag Race UK – and now the girls are planning a comeback.

Lawrence Chaney, Bimini Bon Boulash, A’Whora and Tayce, aka United Kingdolls, smashed the Ruruvision challenge out of the park with their catchy track, becoming a viral hit within hours of the episode airing.

They even dominated the official charts, peaking at number four on the Big Top 40 and number one on iTunes.

Now, with the roadmap to the end of lockdown officially in place by the government, Bimini and Lawrence have teased to Metro.co.uk that we could be seeing a follow-up.

‘We would love to do it,’ Lawrence said of a potential sequel.

‘I think we have to tell everyone to stay tuned – because there are some exciting things in the works,’ Bimini teased.

‘I think when things start to open up again, keep your eye out because you might see the UKD. Coming to a shopping centre near you!’

Over the course of the past two weeks, you would have had to have avoided the internet completely in order to avoid UK Hun? – with fans immediately turning the track into memes, TikToks and remixes, or learning the dance routine on loop.

It’s something that Lawrence and Bimini have taken pride in, knowing that it’s brought people together as lockdown becomes more of a struggle.

‘It is wild and crazy,’ Lawrence said. ‘What a great time for something that’s catchy, as fun and as camp as it is.

‘We really need it right now and it means the world to me that it’s cheering people up and bringing that kind of sense of fun to people.’

‘It means a lot because like when we created this song, when we were making it, it didn’t feel [special]. When you make something yourself, like cooking or painting or something, you go “oh, it’s alright”.

‘But when you step back from it and you see everyone else’s reaction, it’s like “Oh! We were really sitting on something amazing here.”’

‘I hope it goes through to the spring and summer now,’ Bimini added.

‘We can be out there blasting it and everyone just enjoying it and dancing. It’s going to be such a big moment for everyone to just be enjoying themselves.’

UK, HUN? is available to download and stream now on all music streaming platforms, from World Of Wonder records. Download the track on iTunes here.

MORE : Drag Race UK star Sister Sister calls for fans to ‘be kind’ after being inundated with hateful messages from cruel trolls

Emilia Clarke On The Pressure To Get Injectables, Ageing On Screen And Her Sensitive...