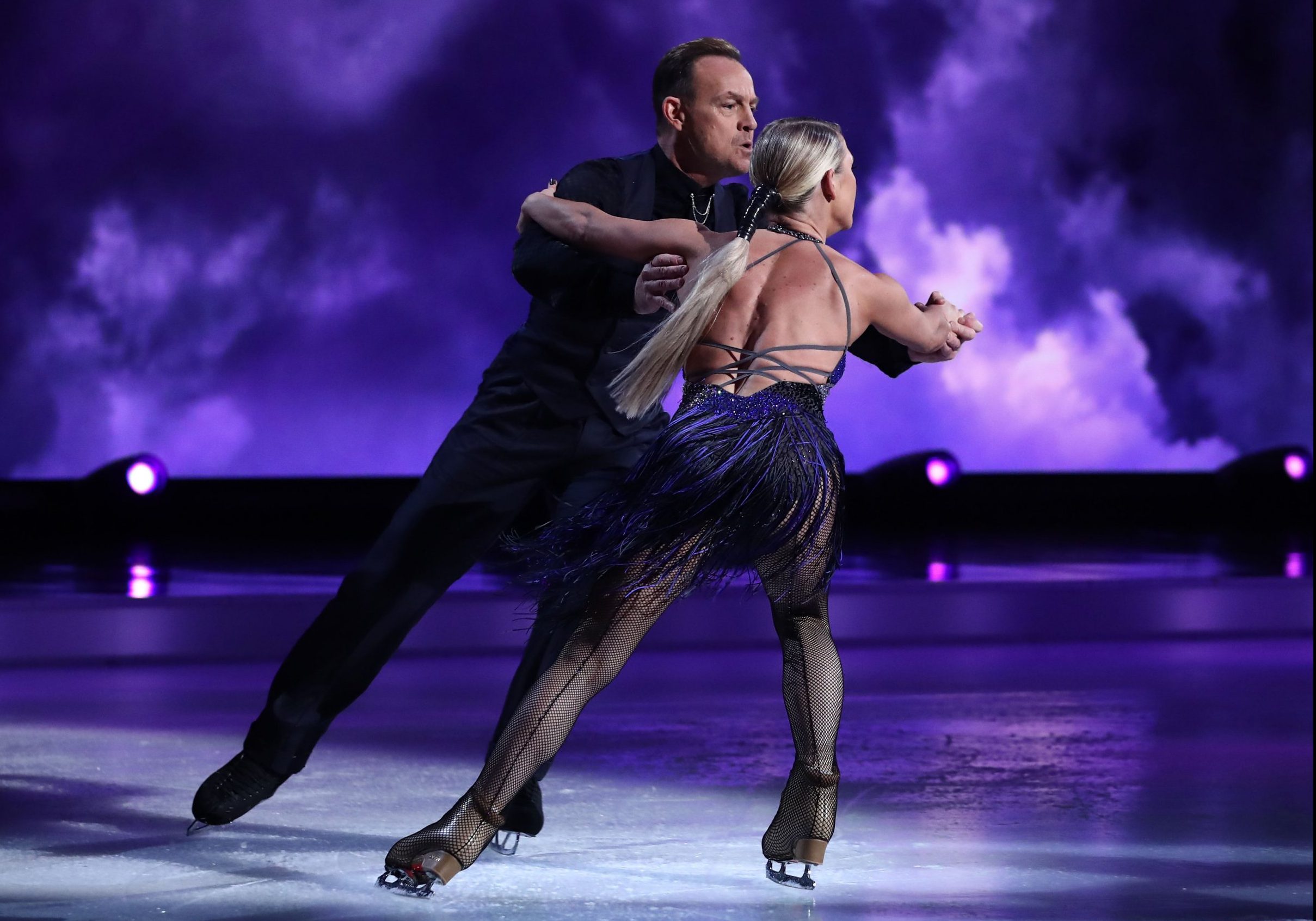 The ice-skating competition has seen Denise Van Outen, Billie Faiers and Jason Donovan all withdraw after suffering injuries on the ice.

The radio presenter appeared on Wednesday’s episode of Lorraine where he was asked whether he had any injuries of his own.

Host Lorraine said: ‘Everybody seems to be getting forced out. Are you okay? You haven’t got any injuries, nothing’s going to happen to you before Sunday is it?’

Sonny replied: ‘It just goes to show…this is the great thing about the show. It humanises it a bit.

When Lorraine called it ‘a dangerous show’, Sonny said: ‘When you sign up to do the show, you do know it’s a dangerous show, but it’s so much fun, you can’t take that away from it.’

The Capital FM presenter later joked that he would cover himself in ‘bubble wrap’ before the next live show.

Singer Jason, who was partnered with Alex Shauman, had previously been forced to miss an episode on February 14 as doctors had advised him to rest after his back injury.

However he later told Dancing On Ice producers that he would no longer be able to continue.

An ITV spokesperson said: ‘Jason Donovan has brought us so much joy with his performances on Dancing On Ice – from Priscilla through to the tango.

‘Our thanks go to Jason and his partner Alex for being so wonderful and committed to the series. We’re sorry to see them leave and we wish Jason a speedy recovery.’

Jason became the fifth celebrity overall to quit the competition, with Rufus Hound and Joe-Warren Plant also withdrawing after testing positive for coronavirus.

Lorraine airs weekdays from 9am on ITV.

MORE : Lucy Mecklenburgh rushes baby son Roman to doctor as he chokes on apple: ‘It was scary’

BTS confirmed to set the night alight with Grammys 2021 performance as they join...