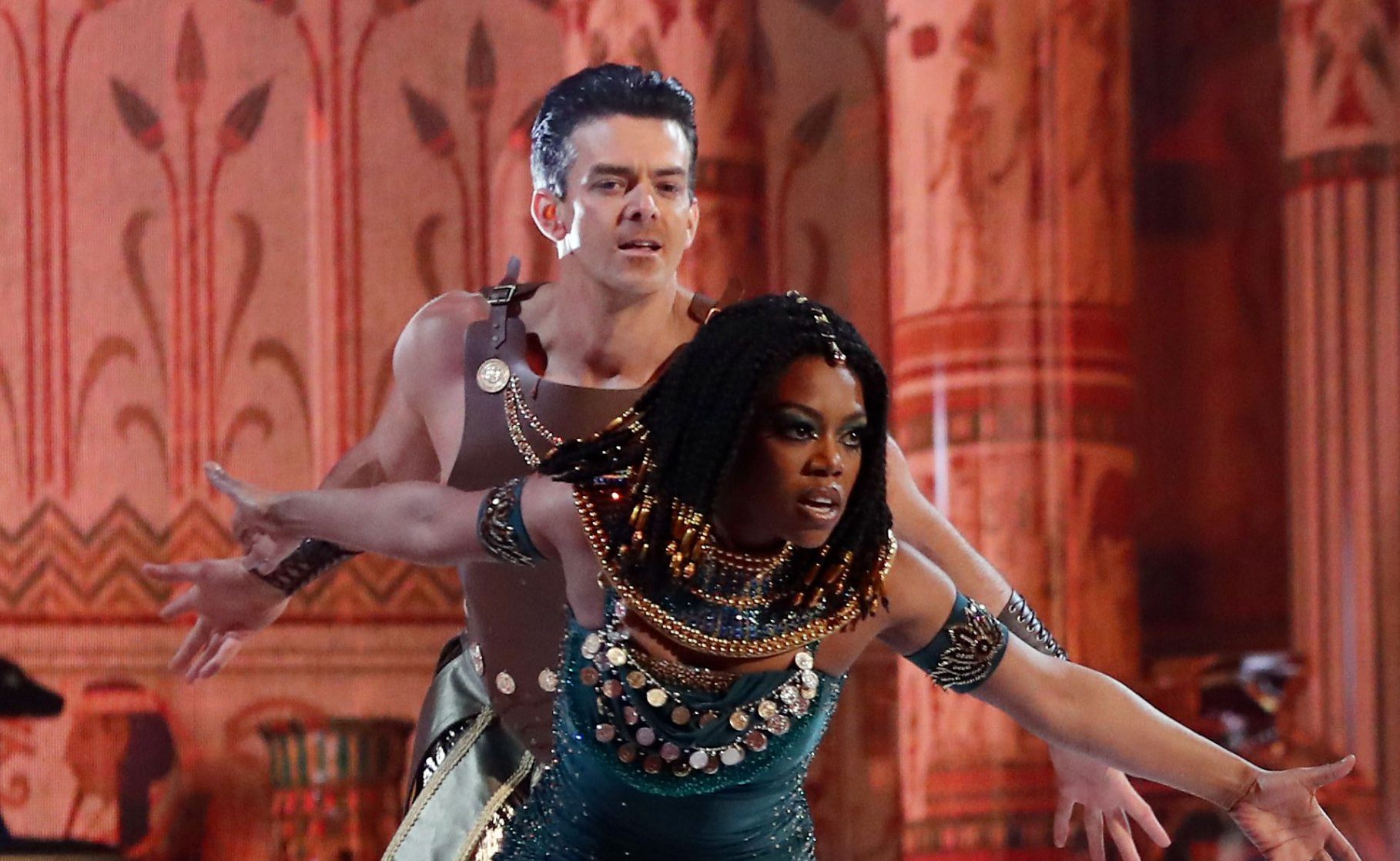 Dancing On Ice 2021 star Lady Leshurr has said she feels ‘gutted’ that so many of her competitors have had to drop out due to injuries, saying that she ‘didn’t think about the repercussions’ when she signed up to the show.

This year’s series of Dancing On Ice has not been smooth-sailing to say the least.

So far, three celebrity contestants have had to drop out after sustaining injuries, while two have had to quit after testing positive for coronavirus.

Following the show’s brief hiatus last Sunday, it was announced that actor Jason Donovan was no longer in the running after failing to recover from a back injury.

Rapper Lady Leshurr is one of five stars still in the competition, partnered with professional skater Brendyn Hatfield.

The musician voiced her opinion that 13 – given this is the 13th series of Dancing On Ice – is an ‘unlucky number’, in light of the number of withdrawals that have occurred on the programme.

Addressing Jason’s exit, she said: ‘I can’t believe that, I’m gutted. I really loved [Jason], everybody loved him. It’s the 13th series and you know what they say, it’s an unlucky number.

‘I didn’t think there would be any injuries. I came into this just straight in, I didn’t think about any repercussions. I twisted my knee and that’s currently how I am.’

Lady Leshurr, 32, explained to MailOnline for Sport’s Direct’s #LiftWeightDonate campaign that ‘some people had it worse than others’ when it came to injuries, adding: ‘It was just unfortunate about Jason’.

While the rapper slightly injured her knee and elbow during a recent performance on the show, she is fine and fit to compete.

In 2019, Lady Leshurr’s older sister, Carmen, died at the age of 39 after suffering from breast cancer.

Lady Leshurr said that taking part in TV shows such as MasterChef and Dancing On Ice helped her cope with her grief.

‘I did MasterChef, I did it for the bants, I did it to distract myself, I thought, I’m going to throw myself in at the deep end and challenge myself. and now I’m on Dancing On Ice. I’m just trying to push myself. Losing my sister made me realise life is short and I have to try new things,’ she stated.

Dancing On Ice is due to return on Sunday February 28 at 6pm.

MORE : Dancing On Ice star Sonny Jay says injuries are ‘good’ for the show: ‘It humanises it’

MORE : Myleene Klass compares Dancing On Ice to Hunger Games and predicts winner will be ‘last one standing’

Gina Carano says she’s ‘not going down without a fight’ after ‘devastating’ firing from...