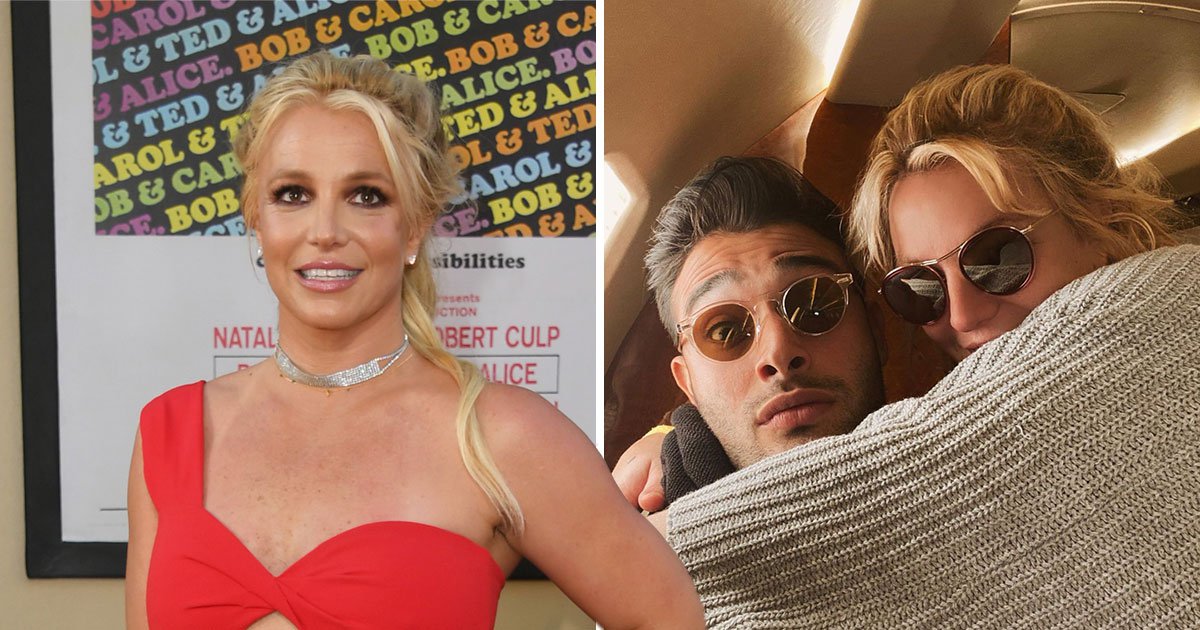 Britney Spears has shared some sweet throwback snaps of her and boyfriend Sam Asghari as the couple cuddled up together inside a private jet.

The singer, 39, captioned the photos: ‘These are pix from our last trip to Maui,’ as she and Sam, 26, hugged and pulled funny faces together.

The last image of the three also saw Britney snoozing under a thick, fuzzy blanket in her seat on the jet as Sam pointed at her.

The sweet insight into her private life comes after fans were shocked by the documentary, Framing Britney Spears.

Footage within the film showed the sexism the young singer faced during her career as well as the fight to remove her from her conservatorship, which she has been under since 2008.

‘Now it’s important for people to understand that I have zero respect for someone trying to control our relationship and constantly throwing obstacles our way.

‘In my opinion Jamie is a total d**k. I won’t be going into details because I’ve always respected our privacy but at the same time I didn’t come to this country to not be able to express my opinion and freedom.”

While Britney and Sam keep most of their relationship out of the limelight as much as possible, it is the first time he has spoken out about her conservatorship.

He previously told People he would be there for her whatever happens, saying: ‘I have always wanted nothing but the best for my better half, and will continue to support her following her dreams and creating the future she wants and deserves.

‘I am thankful for all of the love and support she is receiving from her fans all over the world, and I am looking forward to a normal, amazing future together.’

Mama June Is Back and Ready to Make Amends on ‘Mama June: Road to...

Ready to spring clean your home? Lakeland launches sale with everything you need