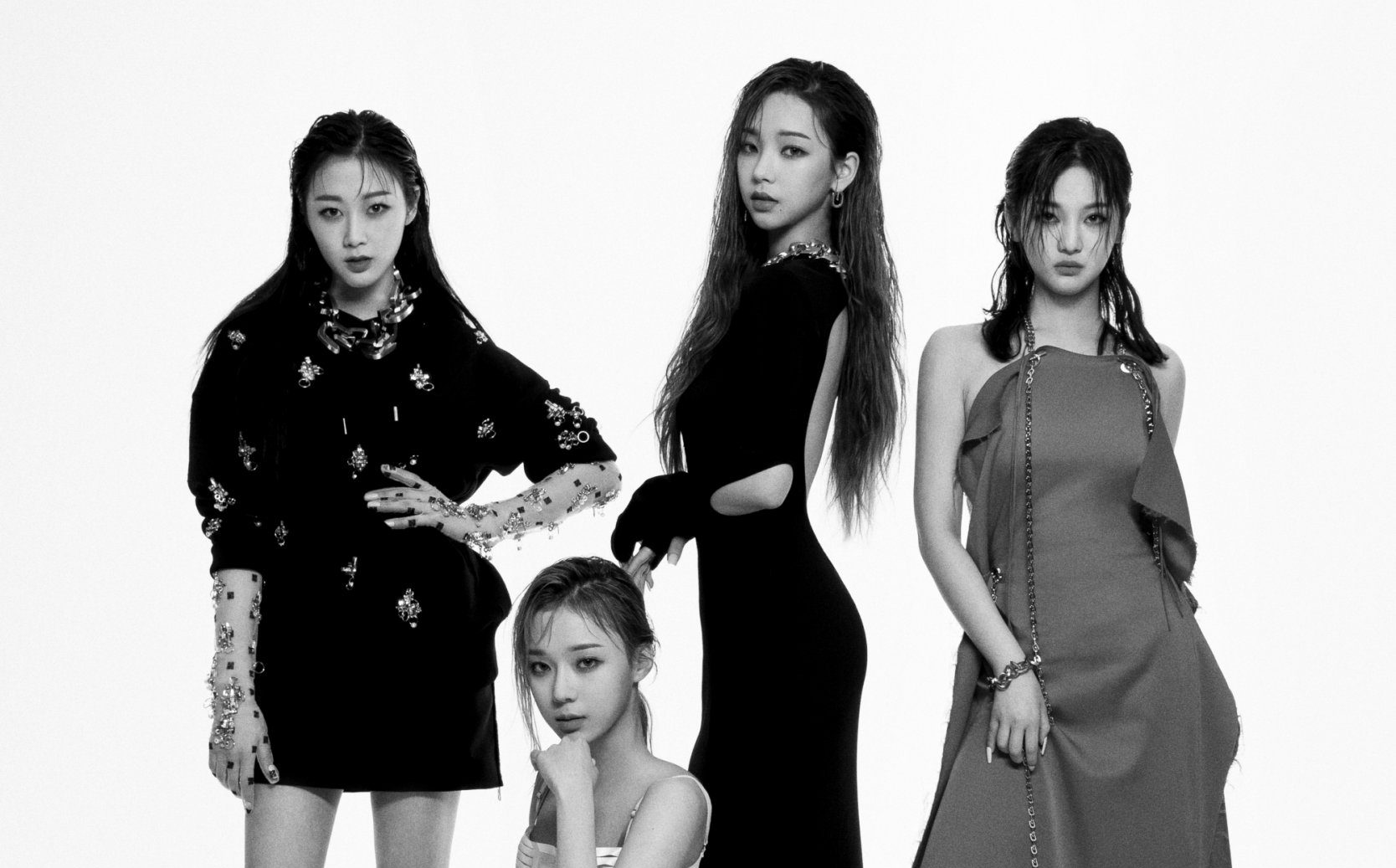 Girl group aespa got decked out in designer gear for Givenchy as they became the first K-pop artists to become brand ambassadors for the luxury fashion house.

The foursome – Karina, Giselle, Winter and Ning Ning – made their mark as models with a sophisticated black and white photoshoot.

Standing together against a white background, aespa sport a simple wet look while posing in different high fashion items.

In an unusual move for the fashion industry, all the members of the group have been made ambassadors with the brand.

It comes just three months after their debut under SM Entertainment in November last year with the track Black Mamba.

The idols said they were ‘delighted’ to work with creative director Matthew M. Williams on the campaign.

‘We will make our best effort to showcase various sides and activities as we start a new chapter with Givenchy,’ they added.

Matthew added that he was ‘overwhelmed by the energy each member had’ when he met the group.

‘I felt that as a group and individually they have strong individuality and style that naturally fit with Givenchy. aespa’s fashion is their own individual colour in and of itself.’

aespa, who are under the same agency as the likes of Red Velvet, NCT 127 and SHINee, were launched with an unusual concept – they also have four ‘virtual’ versions of each member.

They recently came back in February with the single Forever.

In an interview with Dazed Korea, NingNing spoke about how she hopes to eventually perform for their fandom MY.

Asked what they want to tell their fans, she said: ‘I really wanted to see you all!

‘Not so long ago, I visited a convenience store and one of the employees introduced themselves as a MY, and you don’t know how nice it was seeing them. It was my first meeting with MY.’

The girls recently won rookie of the year at the 2020 Seoul Music Awards along with TREASURE and ENHYPEN.

MORE : Phillip Schofield shares plans for the end of lockdown and he can’t wait to ‘hug everyone’

Jesse James Keitel: ‘Drag not only saved my life, it gave me an acting...