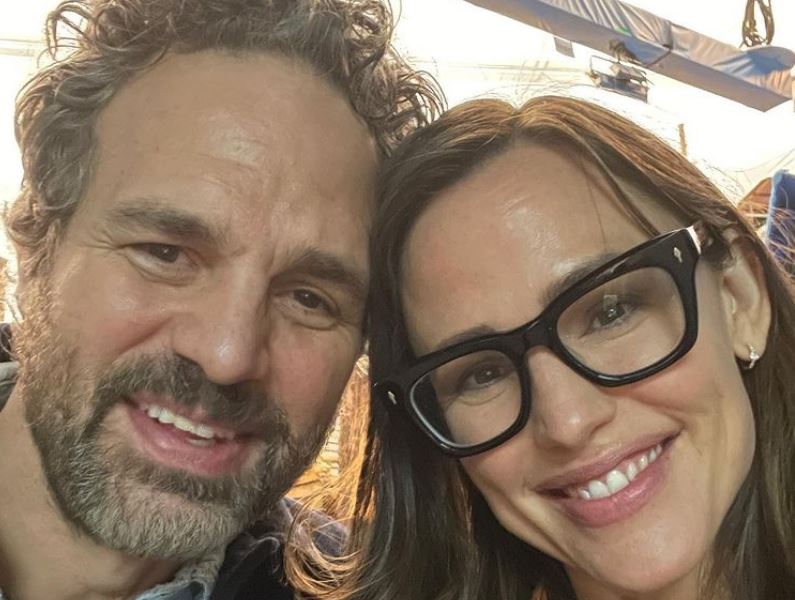 Jennifer Garner and Mark Ruffalo have been reunited for a new Netflix project nearly 20 years after they starred together in 13 Going On 30.

The 2004 comedy was about 13-year-old Jenna who makes a birthday wish to be older using ‘wishing dust’, waking up the next morning as a 30-year-old, played by Jennifer. Mark played Jenna’s childhood friend Matt.

The actors are currently working on The Adam Project, and gave a fun nod to the last time they worked together while taking a break from shooting.

Jennifer and Mark cosied up together for smiley selfies on set with the Daredevil star referencing the special dust in an Instagram post.

She said: ‘Wishing dust worked! And I got a perfect day with my old pal.’

Mark added a joke of his own by mentioning Razzles, Jenna and Matt’s favourite sweets.

The Avengers Endgame star shared the same selfie and added: ‘Reconnecting with an old pal. Anyone know where we can get Razzles in Canada?’

Last year Mark marked the 16th anniversary of the film’s release making another Razzles quip, writing on Instagram: ‘Remember what the world was like when Razzles were all the rage? Missing that time’.

In 2019 Jennifer shot down the idea of a follow up, telling Good Morning America: ‘What like 15 Going On 50? Let’s simmer down! Leave well enough alone!’

Funnily enough The Adam Project, directed by Shawn Levy, has a similar theme to 13 Going On 30.

The sci-fi follows a man who travels back in time to get help from his 13-year-old self.

Ryan Reynolds, Zoe Saldana and Catherine Keener are also in the cast.

MORE : The Chase viewers claim The Governess Anne Hegerty got ‘easy ride’ as contestants rack up ‘lowest ever total’

New £5m woodland theme park BeWILDerwood to FINALLY open this year – with no...

Are staycations really a rip-off? The 10 factors to bear in mind when calculating...

WandaVision finale: What is the Darkhold mentioned by Agatha Harkness? Book of the Damned...