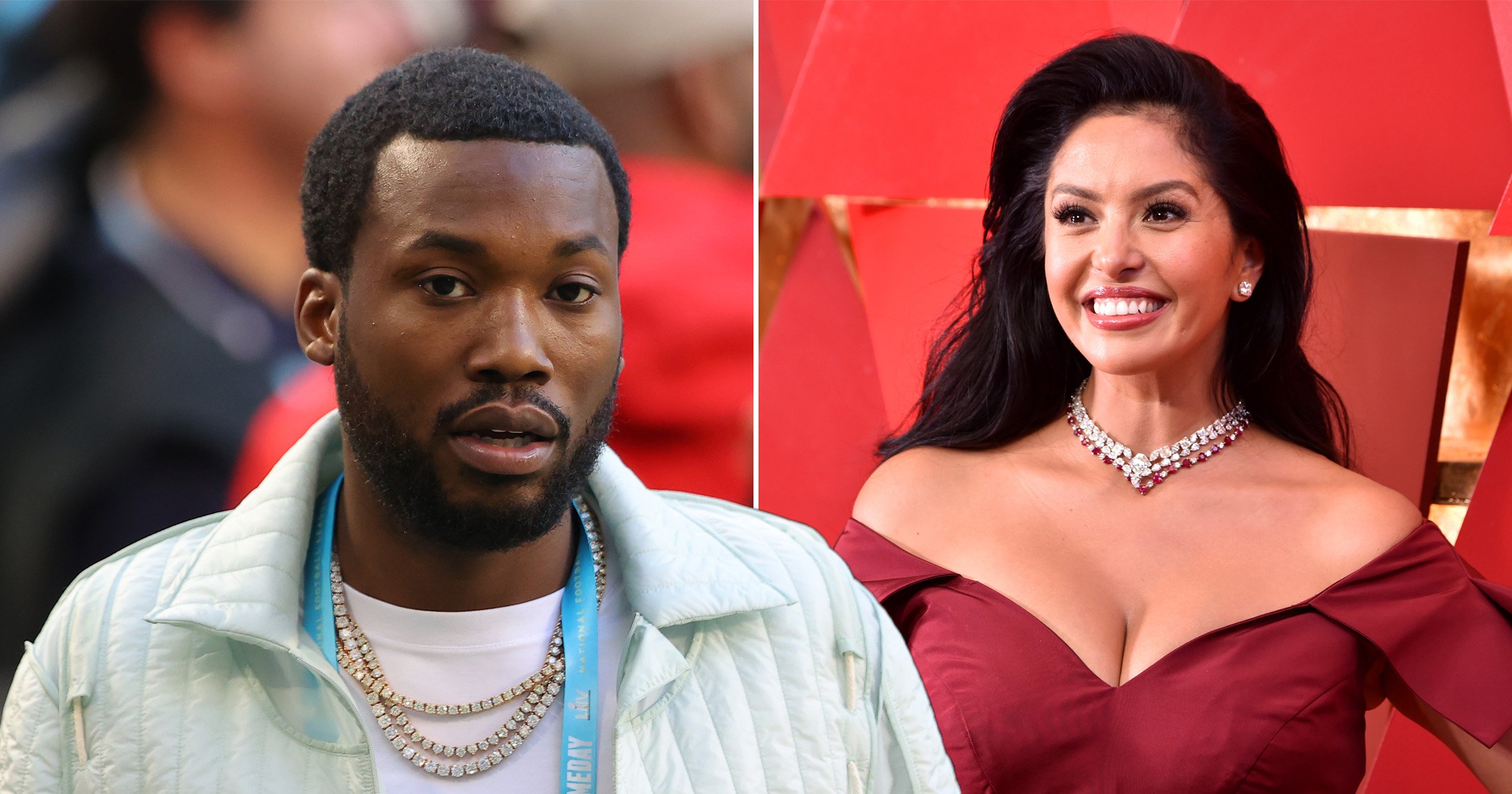 Earlier this month, a snippet of Meek’s song with Lil Baby leaked on social media and featured him making reference to the helicopter crash that killed Kobe, 41, his 13-year-old daughter Gianna and seven other people in January 2020.

Meek raps: ‘If I ever lack I’m goin’ out with my chopper, it be another Kobe.’

Vanessa, 38, has now addressed the controversial line and held Meek, 33, to account.

In an Instagram story, the mother-of-three wrote: ‘Dear @meekmill, I find this line to be extremely insensitive and disrespectful. Period.

‘I am not familiar with any of your music, but I believe you can do better than this. If you are a fan, fine, there’s a better way to show your admiration for my husband.’

She added: ‘This lacks respect and tact.’

Meek did not directly respond to Vanessa but coincidentally tweeted just minutes after her post: ‘I’m going back savage in this s**t … f#%k ya feelings!

However, Meek’s followers hit back at the rapper for again seemingly being insensitive to Vanessa and her family.

‘No way this is how you respond to a widow who said your lyrics were disrespectful to her husband,’ one responded.

Another criticised: ‘Not even 20 minutes after Vanessa Bryant made her post. You need to be apologizing Meek.’

‘I hope this aint ya Response to Kobe bryants [sic] wife if so you wild,’ another reacted.

One other Twitter user weighed in: ‘F**k the feelings of the persons family? Going out sad meek.’

After the track originally leaked, Meek appeared to address the controversy and wrote in Twitter posts: ‘Somebody promo a narrative and y’all follow it…. y’all internet antics cannot stop me ….s**t like zombie land or something! Lol.

Fans around the world marked the first anniversary of Kobe and Gianna’s death last month. They are survived by Vanessa and her three other daughters Natalia, 18, Bianka, four, and Capri, one.