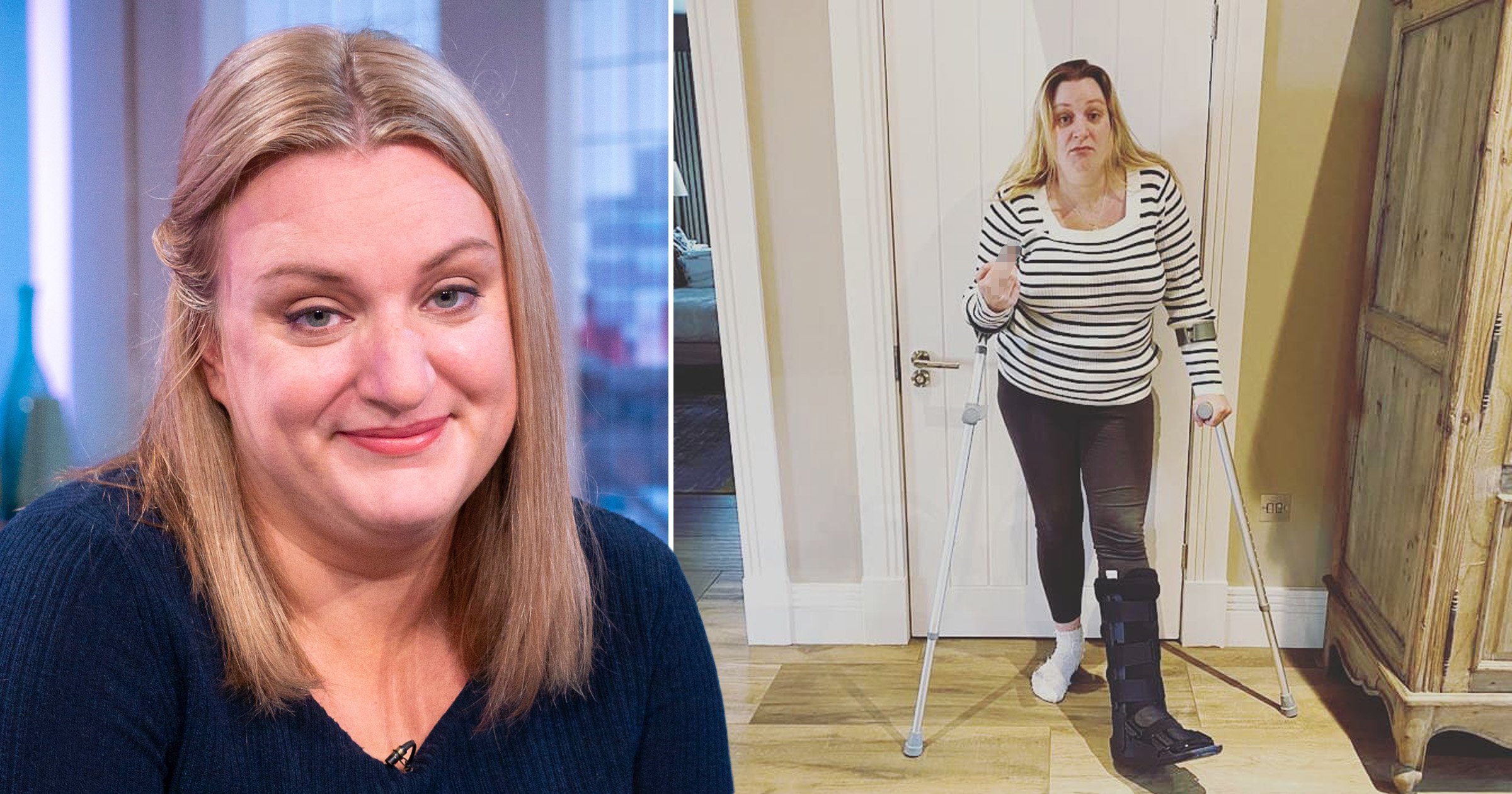 This Country star Daisy May Cooper is currently usingn crutches after suffering an injury in lockdown.

The actress, who welcomed her second child in September, shared a typically moody photo of herself at home wearing a medical boot on her left foot, sticking her middle finger up at the camera.

The Taskmaster star didn’t share details of the injury but added the caption: ‘Don’t f*****g ask…..’

The BBC Three star was recently added to the line up of comedians taking part in the dating series Dating No Filter.

Comedian Josh Widdecombe, Chewing Gum actress Susan Wokoma and Tom Allen will also be on hand to provide hysterical commentary while a number of singletons search for love.

The mum-of-two described the gig in typical style, saying: ‘I cannot tell you the amount of times Susie and I have been sat in Wetherspoons p****d on Pinot analysing other people’s cringey Tinder dates.

‘Now we’re getting paid for it…..honestly can’t believe it.’

It ended for good in February 2020 and counts A-list star Rebel Wilson among its fans.

However bringing it to life wasn’t smooth sailing for either Daisy or Charlie, as Daisy confessed on Graham Norton: ‘It was absolutely horrendous.

‘I laugh about it now, but it was awful, and we had to make it work – our backs were against the wall and we had no plan B, so we just had to do it.

‘We never thought about it not working because that would have been so depressing.’

MORE : Rapper Bobby Shmurda has been released from prison and hats are flying in celebration

Demi Lovato ‘feels full of divine wisdom not food’ as she slams diets after...