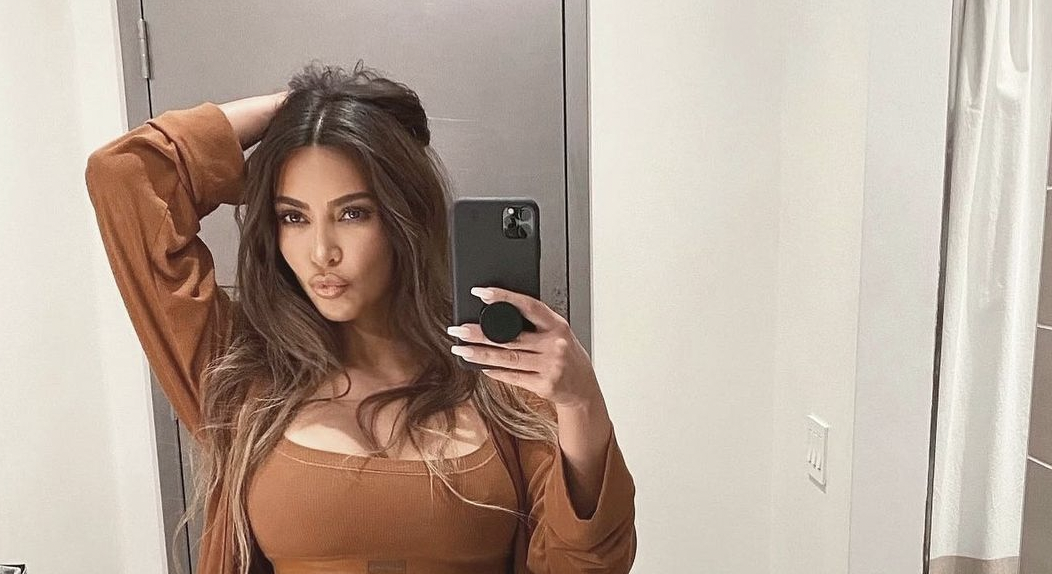 Succession star Nicholas Braun has jokingly made a play for Kim Kardashian, following her divorce from rapper Kanye West.

Following months of speculation about their marriage, it was confirmed that Kim, 40, has officially filed for divorce from Kanye, 43, six years after they tied the knot.

Reports claim that the powerhouse couple’s marriage has been ‘over for a while’ and Kim was seen hinting at their split, while playing break up anthems on a recent drive through LA.

She might be newly single, but it seems like Kim is already getting some interest from other guys, with Nicholas, 32, hilariously having a hypothetical conversation with Kim on his Instagram, asking her out.

He was seen trying to woo the Keeping Up With The Kardashians star, after telling fans he is ‘bummed out’ over news she and Kanye are splitting.

Wondering out loud if Kim would be up for dating a ‘totally different kind of guy’, Nicholas seemed to throw himself out there as an option, as he played out such a scenario for his followers.

‘This Kim and Kanye divorce news is just bumming me out… it’s just like why, you know? Why? And it hurts to think about how they’re feeling, how she is feeling,’ he said in the video post.

‘I’m wondering at this point, where do they even go from here? Where does she go at this moment? Because she’s been through three marriages now, it’s like are you willing to even take a shot on a new guy at this point?’

Seemingly addressing Kim, he continued: ‘Would you be down to meet a new person, totally just kind of different guy? One who could make you laugh a little bit or make you feel small because he’s so tall. Just a guy who’s reaching out, talking about her on the internet – a guy who makes a video like this who is just trying to find a way to talk to her because he doesn’t know anybody who knows her.

‘So he’s sort of making a video that might possibly penetrate her – not the right word choice – but enter her sphere of… you know? She might see him and she might go, “Hmm, this is kind of different, this guy is odd but maybe in a good way?” And he goes to himself, “Yeah. You’re right, there’s something real here, there’s something good, there’s a deep understanding between these two souls.”‘

Revealing how he’d hope his convo Kim would go down, Nicholas continued: ‘And she’s like, “I’m not sure about all that, that seems a little intense so quickly,” and he’s going, “I was just kidding, I was just joking about that, we are just two people who both were born at some point,” and she goes, “Ok yeah, I guess that’s true,” and he’s like, “Let’s not talk this through our minds anymore,” and she’s like, “Aright.”

‘So could something like that happen for her? That’s all I’m wondering really. Crazy times.’

While we may be a little lost, Nicholas had plenty of support from his celebrity pals, with Riverdale star Lili Reinhart commenting: ‘Give her a little time… she’ll come around.’

Christopher Mintz-Plasse (aka Fogell aka McLovin from movie SuperBad) threw his support behind Nicholas, as he posted: ‘She’d be absolutely insane to pass up this opportunity.’

Hilary Duff seemed pretty convinced the actor was in with a shot, as she replied: ‘Nick, you’re f**king in bro,’ while Justin Long posted: ‘Rooting for you two crazy who were born and have very different heights!’

TMZ reported that Kim officially filed for divorce on Friday in LA and is asking for joint legal and physical custody of her and Kanye’s four children; daughters North, seven, and Chicago, three, and sons Saint, five, and Psalm, one.

The divorce proceedings are said to be ‘amicable’ between the exes and Kanye is ‘fine’ with the arrangement, with him and Kim set to co-parent their brood together.

It’s claimed neither party is contesting their existing pre-nup, with sources revealing Kim and Kanye are already ‘far along’ in reaching a property settlement agreement.

While she is in LA, Kanye is believed to be in Wyoming, where he’s been based since his failed presidential run towards the end of the last year.

Kim and Kanye first went public with their relationship in 2012 and married two years later in 2014 in a lavish ceremony held in Italy.

MORE : Little Mix’s Jade Thirlwall dresses up in iconic stage outfit from The Brits four years ago to sit on her sofa

Frustrated Gordon Ramsay yells at couple to ‘get their sh*t together’ in new BBC...