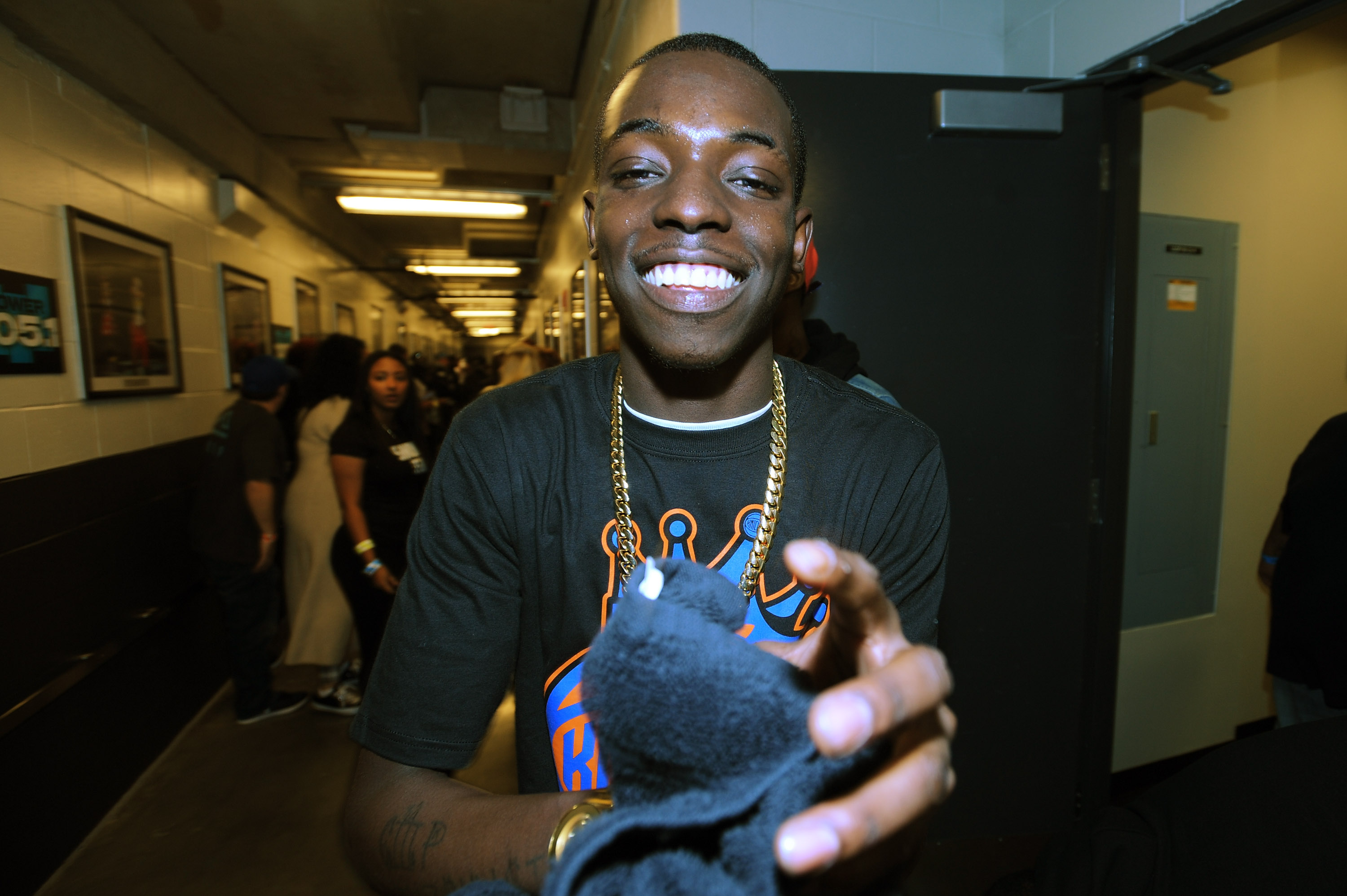 Rapper Bobby Shmurda has officially been released from prison and his fans are delighted.

The 26-year-old rapper, real name Ackquille Pollard, was sentenced to five years in prison after pleading guilty to a series of offences.

His sentence was originally set to end in December 2021, however, he was made eligible for conditional early release on parole thanks to good behavior.

The New York State Department of Corrections and Community Supervision has confirmed in a statement: ‘At approximately 8:30 this morning,  Ackquille Pollard was conditionally released from Clinton Correctional Facility.

‘Mr. Pollard will be under community supervision in Kings County until he completes his sentence on February 23, 2026.’

Shmurda – known for his viral 2014 hit Hot N***a – thanks fans for their constant support as he wrote on Instagram Story: ‘Thank you for remaining loyal and for riding this six year sentence out with me. I love you all and look forward to seeing you soon.’

The rapper was arrested on Christmas Eve in 2014 and charged with possession of weapons and reckless endangerment.

The judge originally sentenced him to seven years in prison but it was reduced to five.

Not long before his prison stint, Shmurda signed a deal with Epic Records after the success of his breakout hit Hot N***a, which peaked at number six on the Billboard Hot 100 chart.

His debut album was expected to follow but Epic decided to delay in light of his legal issues.

However, Shmurda didn’t allow his incarceration to affect his music ambitions. In 2018, he featured on Tekashi 6ix9ine’s track Dummy Boy after sending in his track via the phone in prison.

In 2016, the rapper opened up about his arrest after being offered bail for $2 million (£1.5 million) and told Complex: ‘If we made bail I would’ve beat the case.

‘We look guilty in these orange jumpsuits. If you put Al Sharpton in a orange jumpsuit and accuse him of having a gun, he’s going to be found guilty. They just look at our skin colour, and look at where we’re from.’

He continued: ‘They held my bail at $2m for a gun charge. That’s how America is. They got these kids running around with rape charges getting six months and they wanna give me seven years for a gun charge.’

MORE : Meek Mill apologizes to Vanessa Bryant after she slams him for ‘disrespectful’ Kobe lyric