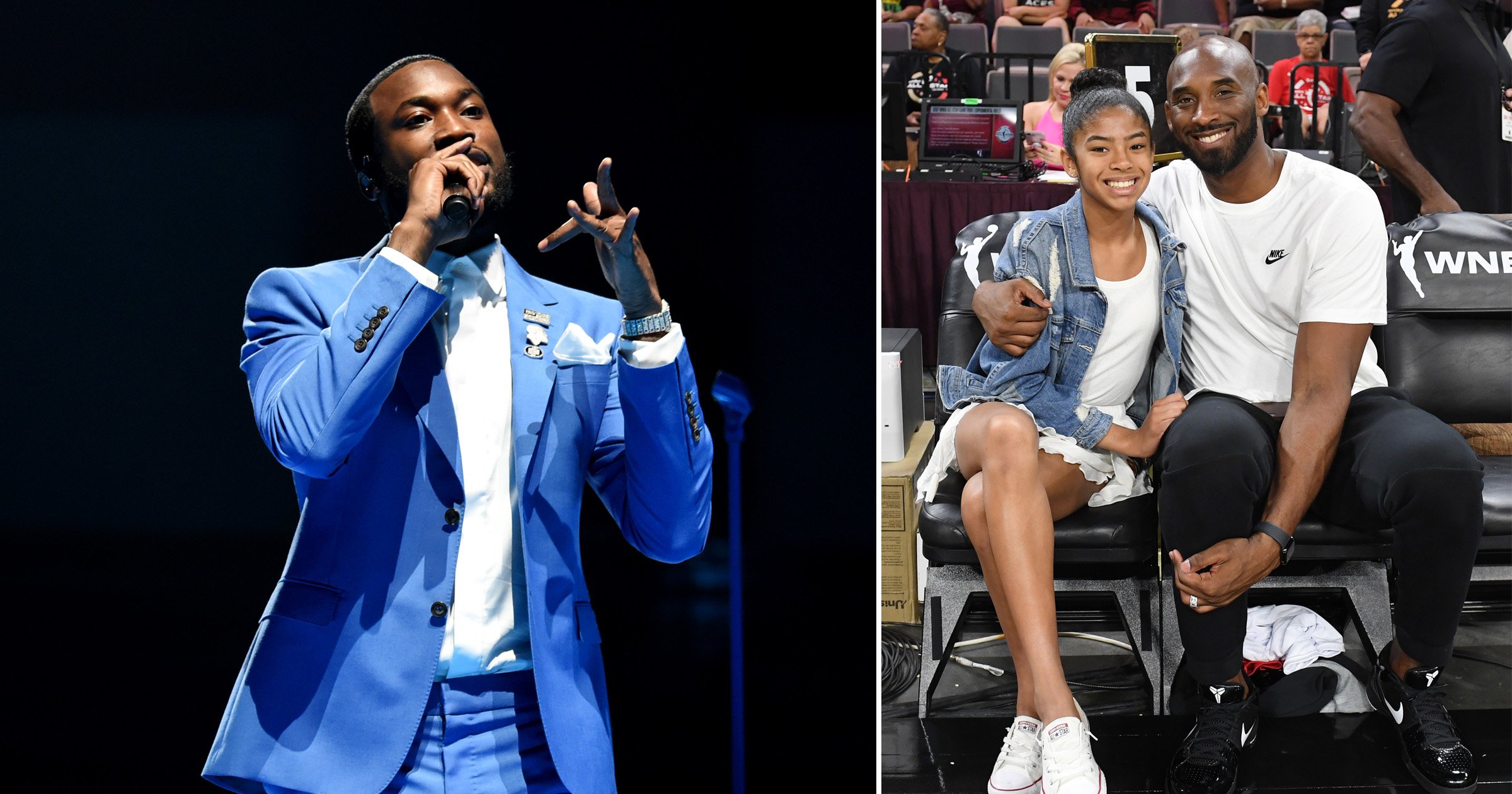 Rapper Meek Mill has officially apologized to Kobe Bryant’s widow Vanessa after she called him out over a ‘disrespectful’ lyric about the basketball legend’s helicopter crash.

The hitmaker landed in hot water after a snippet of Meek’s song with Lil Baby leaked on social media and featured him making reference to the helicopter crash that killed Kobe, 41, his 13-year-old daughter Gianna and seven other people in January 2020.

He could be heard saying: ‘Yeah, and if I ever lack, I’m goin’ out with my chopper, it be another Kobe.’

After fans and Vanessa slammed him for the lyric, Meek – real name Robert Rihmeek Williams – took to Twitter on Tuesday to reveal he had made a private apology to Vanessa.

He wrote: ‘I apologized to her in private earlier today not to the public…Nothing I say on my page directed to a internet viral moment or the family of a grieving woman! If you care about someone grieving change the subject!’

His statement came hours after Vanessa, 38, shared a post on Instagram Story making it clear that she did not appreciate the lyric.

The mother-of-three wrote: ‘Dear @meekmill, I find this line to be extremely insensitive and disrespectful. Period.

‘I am not familiar with any of your music, but I believe you can do better than this. If you are a fan, fine, there’s a better way to show your admiration for my husband.’

She added: ‘This lacks respect and tact.’

After the track originally leaked, Meek, 33, appeared to address the controversy and wrote in Twitter posts: ‘Somebody promo a narrative and y’all follow it…. y’all internet antics cannot stop me ….s**t like zombie land or something! Lol.

Fans around the world recently marked the first anniversary of Kobe and Gianna’s death.

They are survived by Vanessa and her three other daughters Natalia, 18, Bianka, four, and Capri, one.

‘I felt oddly at home in one of the strangest places I’ve ever been…’...

Marvel has no plans for R-rated movies other than Deadpool 3 – and Blade...

Bungie hints at Destiny film and TV shows, plus new game before 2025

Mel Gibson Opens Up About His COVID Battle: ‘It Doesn’t Feel Like Anything Else...