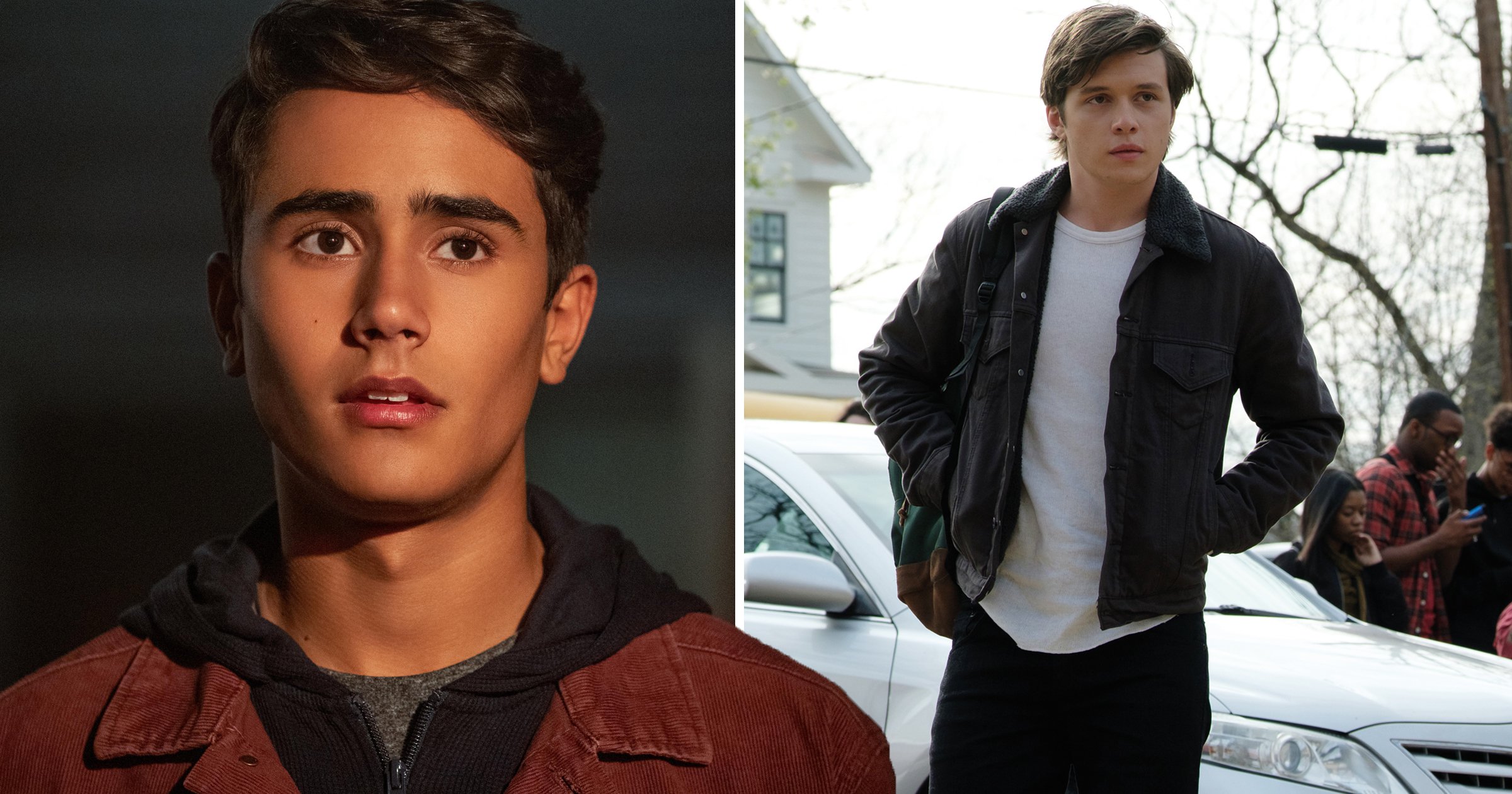 Love, Victor star Michael Cimino has opened up about what it has been like following in the footsteps of Love, Simon actor Nick Robinson, describing how ‘cool’ it was to be ‘passed the torch’.

In 2018, romantic comedy Love, Simon was released in cinemas, telling the story of a teenager called Simon who has not yet told his friends or family that he is gay.

After another student at his high school publishes an anonymous online confession coming out as gay, Simon reaches out to him, with the pair developing feelings for each other even though they don’t know each other’s true identities.

Love, Victor, a TV spin-off of the film that has launched on Star on Disney Plus, follows another character who attends Simon’s high school a few years later, called Victor.

Having recently moved with his family to the neighbourhood in Atlanta from Texas, Victor is still figuring out his sexual orientation when we meet him, while also coping with challenges at home and the difficulties of trying to fit into a new school.

During a recent Zoom interview with Metro.co.uk and other press, 21-year-old Michael, who previously starred in horror Annabelle Comes Home and lends his voice to sci-fi podcast Black Box, said that he watched Love, Simon ‘probably about five or six times’ in preparation for the series, which originally premiered in America last year.

‘I took a lot of my inspiration from that movie and tried to kind of incorporate my favourite bits about that movie into the show, one of the things being how easily digestible the movie is and how light-hearted and kind it is,’ he said.

‘Even though we do have our moments where it’s very serious in the show, it still comes across in a way that’s very easily digestible and very true to life and something that people can watch and just be happy afterwards.’

While Love, Simon provided Michael with sufficient source material, he didn’t meet the star of the film, 25-year-old Nick, until they had neared the end of filming for season one of Love, Victor.

‘He was just like the nicest guy ever and just kind of passed the torch so to speak, which was the coolest thing I needed and I didn’t know I needed,’ Michael said.

The actor added that it was an ‘incredible experience’ to have the chance to meet ‘the guy that started this all and to be able to talk to him and meet him’.

While speaking to Metro.co.uk and other press, Love, Victor executive producer Brian Tanen outlined the main differences between Simon and Victor, despite the parallels that viewers may be able to draw between their stories.

‘Even though that movie is an absolute delight, there was a little bit of a feeling from the community – especially from people who had harder coming out experiences – that it didn’t reflect their journey,’ Brian said.

‘Here was an opportunity to tell a more nuanced, a harder coming out story, a character who is not as far along on his journey and just figuring it out. It’s messy, much like coming out is for a lot of people.’

Brian explained that when Simon is first introduced in the film, ‘he knows exactly who he is, he just hasn’t said the words out loud yet’.

‘In our TV series, in Love, Victor, the character is at a much earlier stage in his journey,’ he stated.

‘You, the audience, might know where he’s headed, because the second he sees that adorable boy at the water fountain, his heart stops and time slows down. But he is just starting to sort of think these things out loud and put them into writing.’

Love, Victor is available to watch on Star on Disney Plus.

MORE : The Golden Girls: Every single episode of classic sitcom is coming to Disney Plus

Lucy Mecklenburgh rushes baby to doctor after he chokes on apple – what to...

Selling Sunset’s Christine Quinn is pregnant with her first child

Kate Winslet thought she died after holding breath for 7 minutes to film underwater...