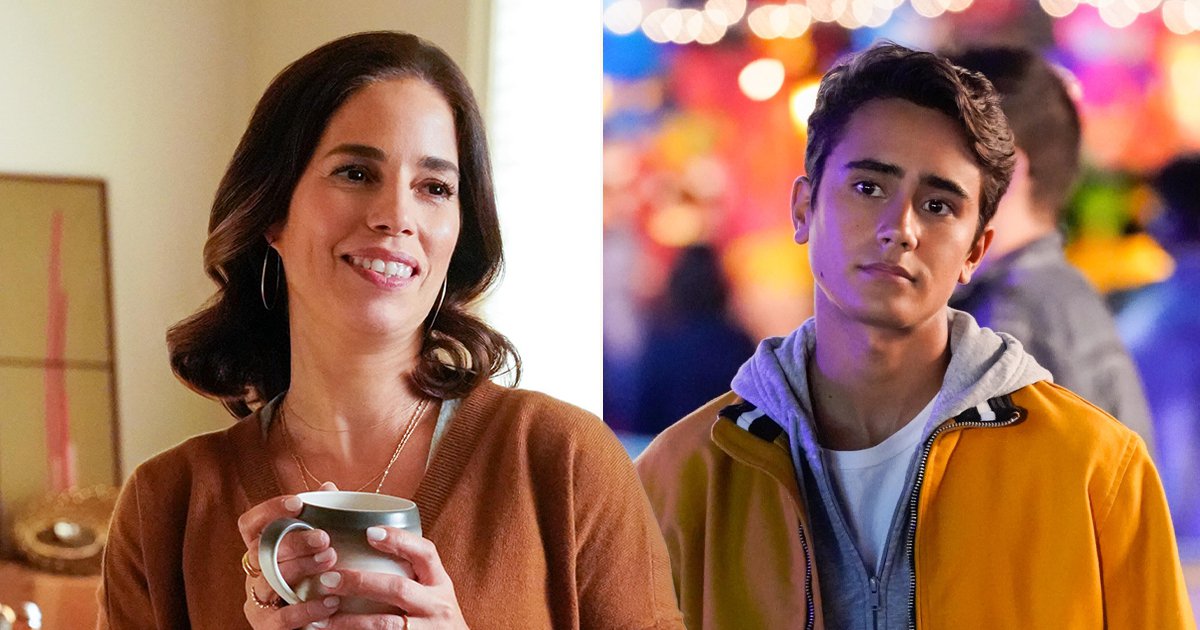 Former Ugly Betty star Ana Ortiz has opened up about receiving messages from mothers of gay children after they watched her new show Love, Victor.

Love, Victor, a TV that has just launched on Star on Disney Plus, follows a teenager called Victor (Michael Cimino) as he attempts to fit into a new school, all the while trying to figure out his sexual orientation.

The series – which is a spin-off of the 2018 film Love, Simon – stars Ana as Victor’s mother, Isabel, alongside James Martinez as the teenager’s father, Armando.

During a recent Zoom interview with Metro.co.uk and other press, Ana spoke about the impact Love, Victor has had on parents, having originally premiered last year in America.

The actor, who played Hilda Suarez in Ugly Betty, said that she has received ‘a lot of comments from a lot of mothers with gay children’, although a couple have been particularly memorable for her.

‘Two in particular stood out to me because they had both said I have a gay son, when he came out to me I threw him out of the house and I haven’t spoken to him in years,’ Ana said.

In one of the cases, the mother in question was told by her sister to watch Love, Victor, although she had no idea what the programme was about.

‘She watched the show and one of the mothers has now since contacted her son and they’ve started to reconcile,’ Ana said.

The actor said that while she doesn’t think Love, Victor ‘is going to change the world’ she does believe in the power the show can have, as ‘even if it’s just one person, it’s amazing’.

‘I don’t think Love, Victor is going to change the world or to blow down that wall of ignorance, but I think it will chip away at the wall of ignorance and I think little by little, one person by one person, if you can affect a change, it’s a wonderful thing,’ she stated.

Ana explained that she has learnt a lot in her experience of portraying Isabel, because the character holds views about her son’s sexual orientation that she doesn’t share in real life.

‘Playing Isabel has been a huge learning lesson for me, because I have to find understanding and love for this character who I think is wrong in a lot of ways,’ she said.

The actor added that Hilda on Ugly Betty was ‘totally opposite’, because ‘she loves her gay son and nobody can tell her anything about him’.

‘She was completely supportive of him. So playing Isabel now, who’s so much more conservative, it’s just totally opposite,’ she stated.

‘She is the flip side of that coin, and it’s been a really big learning experience for me, because Hilda came very naturally to me.’

Ana added that playing Isabel has been ‘really interesting’ and a ‘real eye-opener’ for her.

The actor, who has two children of her own aged 11 and nine, emphasised the importance of parents listening to their children, something that she noted Isabel does not do in Love, Victor.

‘Stop talking, stop giving your opinion, stop telling them what they need to do and who they should be and what’s going to happen and how the world is not going to be there for them and just listen,’ she said.

‘In a situation like this, in a situation where a child is really in distress and really suffering and questioning and struggling, you really just have to listen and be there and just love them and listen.’

Love, Victor is available to watch on Star on Disney Plus.

MORE : Ugly Betty is coming to Disney Plus as fans dub it ‘best news of the year’