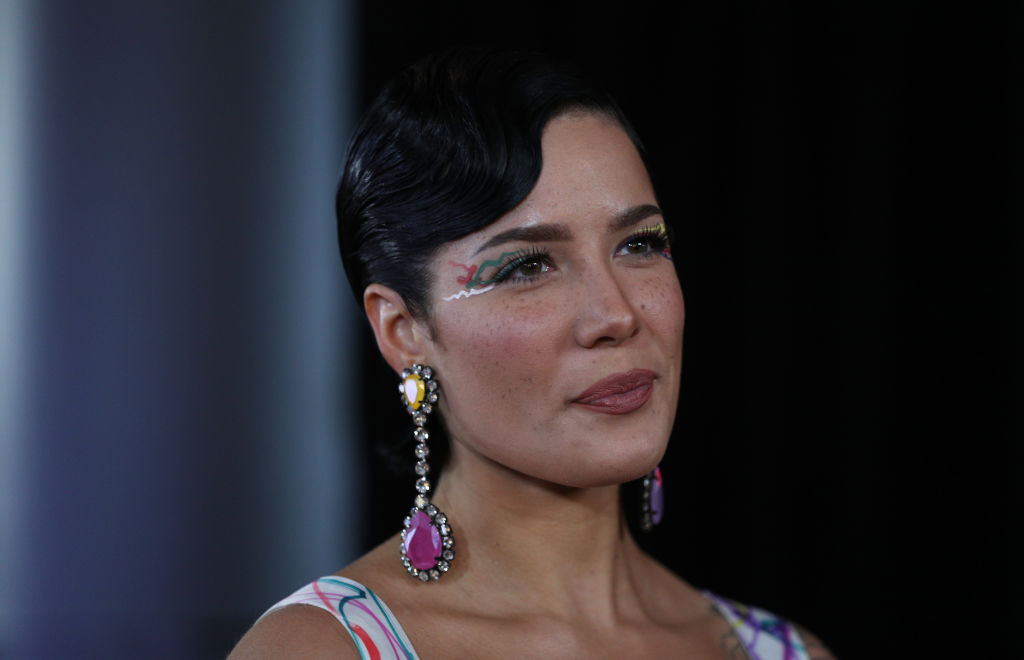 Halsey says being pregnant has changed her view of gender after ‘thinking a lot about my body’.

The singer announced in January that she and boyfriend Alev Aydin are expecting their first child.

She has been sharing moments of her pregnancy journey with fans on social media and checked in last week to share how she was feeling about the changes in her body.

The Without Me star, 26, said: ‘February is the shortest month, but the days seem like they are taking very long. Butttttt also going so fast?!

‘I’ve been thinking lots about my body. It’s strange to watch yourself change so quickly.

‘I thought pregnancy would give me very strong, binary feelings about “womanhood” but truly it has levelled my perception of gender entirely.

‘My sensitivity to my body has made me hyper aware of my humanness and that’s all. Doing a remarkable thing. And it’s grand. I hope the feeling lasts.’

She went on: ‘I cook a lot, sleep even more, and read lotssss of books. I miss my family. And you guys too! 🧚🏼‍♂️ bye for now.’

Halsey, real name Ashley Nicolette Frangipane, have kept their relationship lowkey but were spotted out and about together at the end of 2020.

However, fans had not been aware of the pair’s romantic relationship as the duo have been friends for several years.

Her baby joy came after she opened up about miscarriages about how they made her feel ‘inadequate’.

Speaking to the Guardian, the Boy With Luv singer said: ‘It’s the most inadequate I’ve ever felt. Here I am achieving this out-of-control life, and I can’t do the one thing I’m biologically put on this earth to do.

‘Then I have to go onstage and be this sex symbol of femininity and empowerment? It is demoralising.’

Despite her health struggles, the star was delighted to learn she will be a mum, calling her pregnancy ‘a miracle’.

MORE : Captain Sir Tom’s daughter in tears on GMB as she calls dad ‘beacon of hope’

Everything we know about Meghan and Harry’s Netflix deal

Louise Redknapp admits attention around Jamie Redknapp divorce was ‘scary’: ‘I was shocked by...

Holidays abroad aren’t likely until after May under new guidelines