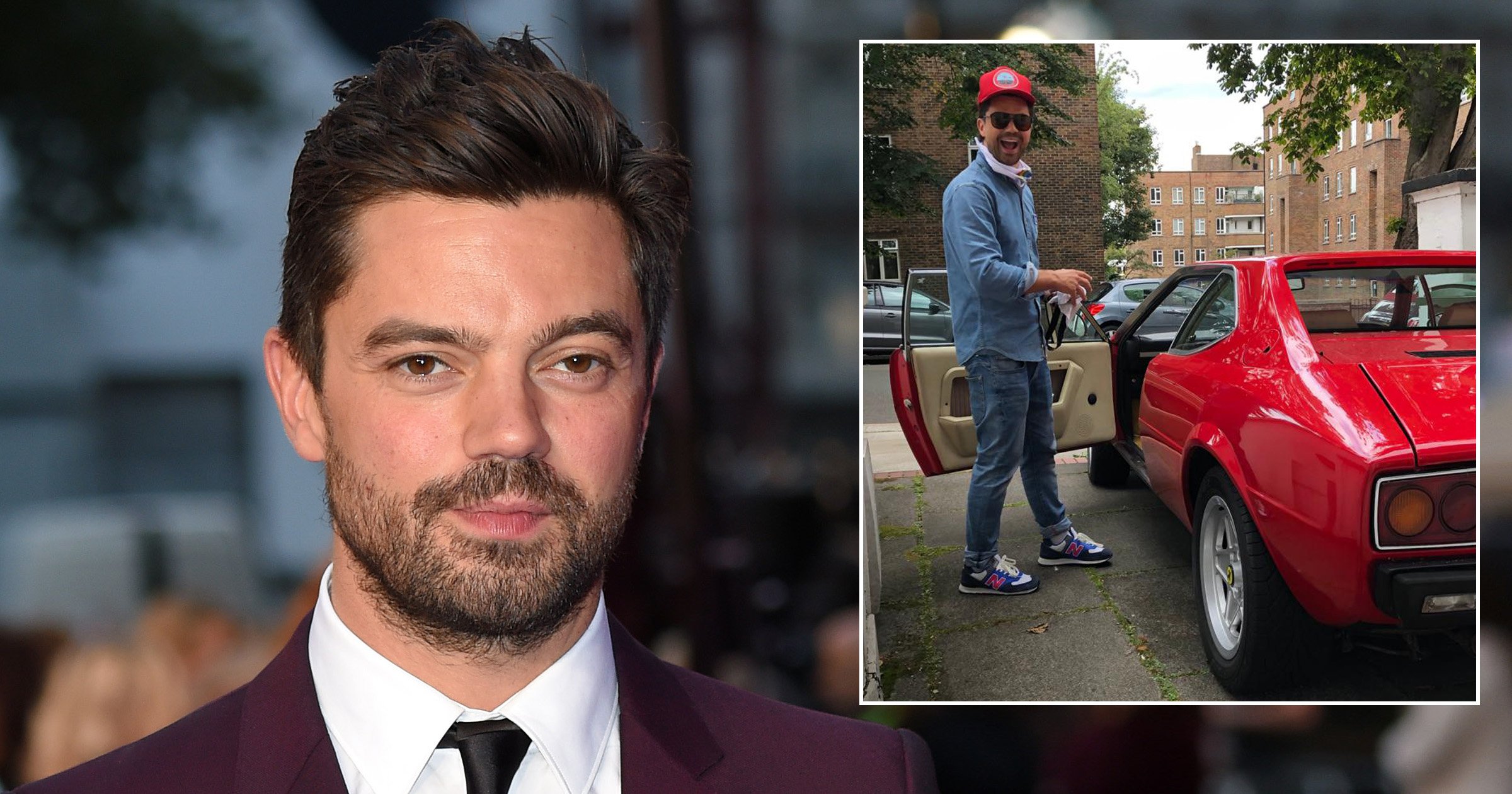 Actor Dominic Cooper is appealing for information after his beloved 1978 Ferrari was stolen from a North London street – just months after his Range Rover was also nicked.

The Mama Mia! star is offering a reward for any information that may locate the iconic 1978 Dino 308 GT4 vehicle, reported to be worth £83,000, after sharing the Primrose Hill theft on a local forum.

Reps confirmed the news to Metro.co.uk, sharing the latest blow to the dedicated car-lover who first dreamed of owning the model when he was young.

They said: ‘He was first targeted a few months earlier when the Range Rover he was using to deliver freshly cooked food to the NHS for charity Cook-19 was stolen.

‘This particular car was a long-held dream purchase (he has collected toy figures of the model since he was a child) so he is very keen to receive any information on its whereabouts and is offering a reward.’

Sharing the news with neighbours about the most recent theft, Dominic had written: ‘Please keep a look out. 1978 Dino stolen.

‘Please keep yourself and your bits safe, hopefully the rising level of burglaries and theft in our neighbourhood may at some point go down.’

It read: ‘On Friday, 19 February, we received a report that a vehicle had been stolen in Primrose Hill. The theft is believed to have occurred earlier the same day.

It is reportedly the fourth time Dominic has fallen victim to car thieves in the space of a year, after it was previously alleged he also had his classic Austin-Healey stolen last year, while it was also alleged thieves broke into his £54,000 open-top Jaguar F-Type coupe in September.

The Need For Speed star is a keen car collector and spoke of his love for classic vehicles in a 2014 interview: ‘I’ve always loved them and sort of obsessed over them. I suppose a majority of boys do.

‘I remember, at a very young age, polishing my models of Ferraris in my bedroom.

‘While other kids were out riding their bikes, I was polishing Ferraris. It’s very bleak.

‘I had loads of books about cars, and for some reason they were the ones I liked best.

‘It probably had something to do with Magnum PI driving that 308 GTS. I loved that car, an Eighties Ferrari.’

MORE : Dominic Cooper and Gemma Chan bundle up warm in the London snow as they pick up shopping

Jamie Oliver’s pizza recipe under fire as fans have a major hang up over...

Sweaty Betty is empowering girls to get active and stay active

Harry and Meghan Are Begged to Delay Oprah Broadcast While Prince Philip Is Gravely...