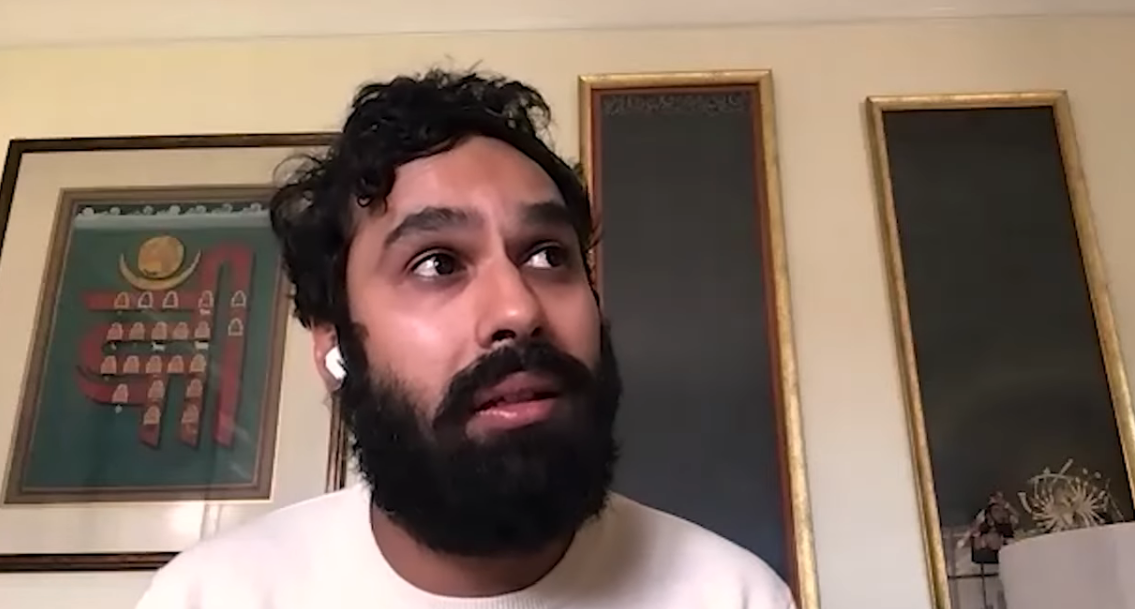 Big Bang Theory’s Kunal Nayyar has revealed his panic attacks were so bad that he was too scared to look at his car keys.

The 39-year-old actor, who played Rajesh Koothrappali in the beloved CBS sitcom, opened up about his mental health struggles with former co-star Mayim Bialik on her podcast Mayim Bialik’s Breakdown.

‘My first panic anxiety was when I was 30 when I had a panic attack on the highway. I didn’t know what that was. Ever since then I’ve had to fight some kind of battle with panic or anxiety.’

‘That’s actually a great way to define a panic attack – you don’t know what it is,’ replied Mayim.

Describing his first panic attack, Kunal said he was driving in the car with another passenger.

‘I just went, “Oh there’s lots of traffic ahead”, because I was just embarrassed. I’m having this full-blown panic attack inside, now I’m getting embarrassed so I’m pulling off and joking.

‘It got so bad I couldn’t even look at my car keys without feeling panic and then I knew something was wrong and I had to begin to fight my way back to look at it.’

Kunal added that he started seeing a hypnotherapist and found talking through his experiences very helpful – until he started having panic attacks in lifts.

‘I never liked heights or elevators. Never. But then it became like the highway again. And that’s when I said something’s wrong. That was five years into therapy.’

Big Bang Theory is available to stream on Netflix.

TV to Go: From The Vanishing at the Cecil Hotel to Pls Like –...

I Care A Lot, Bloodlands and Pennyworth

‘We nearly lost her to COVID’: Jo Whiley’s sister leaves hospital and is isolating...