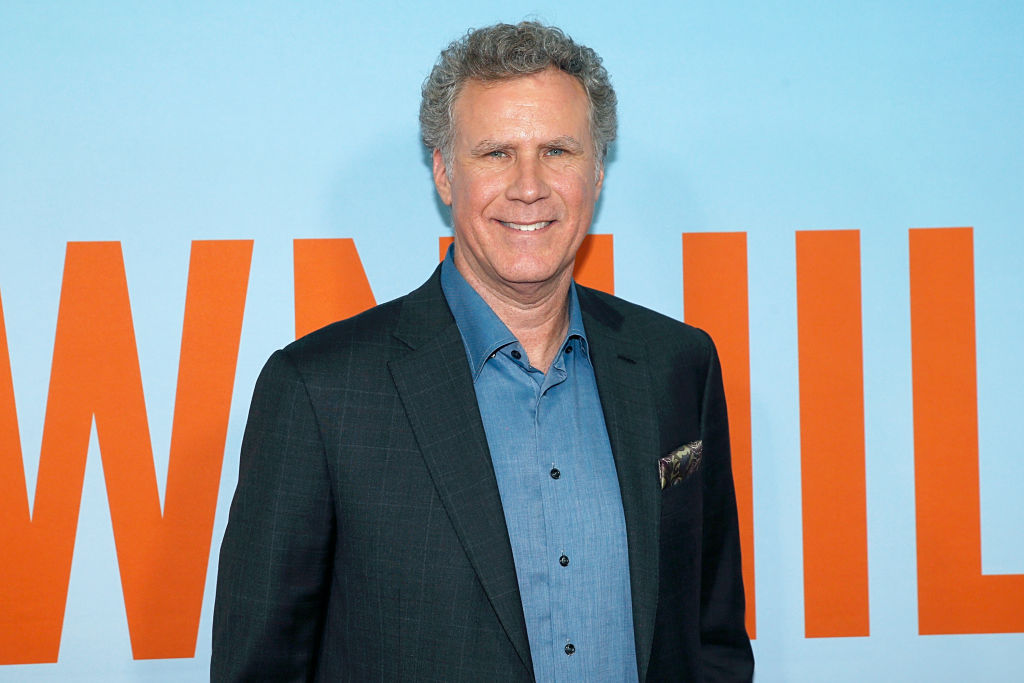 Being thrown into lockdown during the coronavirus pandemic is the perfect time for trying out a beard, no? Well, that seems to be the case for Will Ferrell who was seen rocking some serious facial hair.

The actor, 53, who is arguably better known for being clean-shaven headed out for a run in LA and looked totally different.

Working up a sweat, Will was spotted jogging around his neighbourhood, but no doubt had passers-by doing a double take, thanks to his new look.

With longer hair and a beard to match, the movie talent decked himself out in all-blue running gear, including his exercise watch and sporty shades.

Seeming like he was in the zone, Will was nothing if not prepared, and clutched onto his water bottle while jogging through the streets – after all, it’s thirsty work, right?

Will is hanging out in LA to film his new series, The Shrink Next Door, that sees him reunite onscreen with his Anchorman co-star Paul Rudd.

The dark comedy series, airing on Apple TV, is based on a podcast of the same name and loosely inspired by true events, as it follows a psychiatrist who implants himself into the life of one of his patients.

It’s set for release later this year and will be Will’s latest project following the release of short film David and movie Eurovision Song Contest: The Story of Fire Saga.

The comedy about Eurovision, also starring Rachel McAdams, is one step closer to landing an Academy Award, as it was revealed earlier this month that it has been shortlisted for best original song.

The track Husavik was one of 15 songs out of an eligible 105 to be shortlisted in the category.

It’s performed by Rachel’s character Sigrit at the climax of the movie, with her and Lars (played by Will) ditching their official Eurovision entry to sing the moving song.

As Will now turns his attention to new projects, fans are hoping one of them will be a sequel to 2005 film Wedding Crashers, where he appears alongside Owen Wilson and Vince Vaughn.

After all, he teased that such a sequel could be on the cards – hinting that a script is currently being written.

Speaking to E! News, Will teased: ‘Wedding Crashers 2, yeah. I think we can just say it’s being written.’

Not giving anything away, ever the funny man, he joked: ‘How about if it’s just the lawyers representing everyone in divorce court? And just make it like a legal courtroom drama, not funny at all.’

MORE : Sarah Harding thanks fans for support as she shares update amid cancer treatment

Shawn Mendes is the cutest as he posts birthday message for Camila Cabello: ‘Love you more every day’

Gary Oldman reveals his tongue turned black at the height of battle with alcoholism: ‘I wouldn’t wish it on my worst enemy’

Bachelor Matt James Breaks Down After Confronting His Dad & Questioning His Relationships in...

BookTok Is The Last Wholesome Place On The Internet

Biggie: I Got a Story to Tell: How did The Notorious B.I.G die?