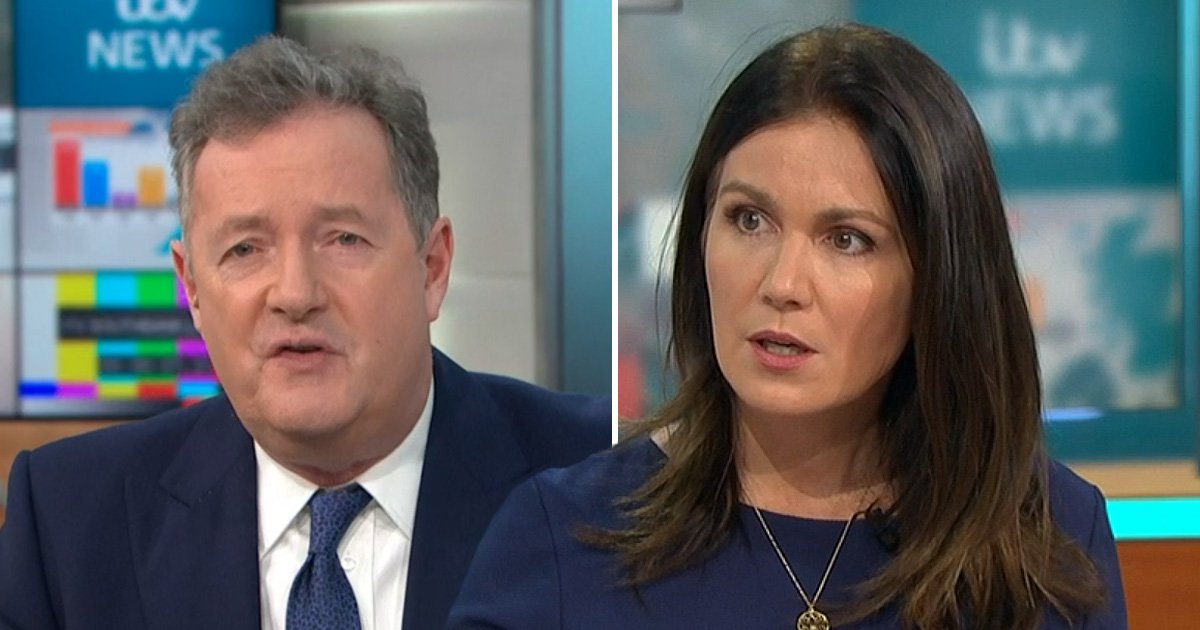 Piers Morgan was put in his place this morning by his co-host Susanna Reid, who branded him ‘disingenuous’ in his argument about the rumoured coronavirus vaccine passports.

The presenters returned to Good Morning Britain on Monday after taking a break for the half-term holidays.

Alongside resident medical expert Dr Hilary, the pair got stuck into a debate about the Covid-19 vaccine passports with speculation mounting that they’ll come into effect to allow the country to get back to normality.

Piers was all for the measures, which have so far been denied by the Government in regards to shopping on the high street. However, they have said the passports may be necessary for travel.

Kicking off the debate, Dr Hilary Jones explained: ‘The vaccine passport is not just for the purpose of the person who has that passport, it’s for everybody else’s benefit.’

However, Susanna played devil’s advocate and reasoned: ‘Let me just put a different point of view on this which is that maybe some people who are not anti-vaccination, but for whatever reason cannot have the vaccination.

‘We know there are some groups who can’t and they might feel excluded by the fact the vaccine passport would leave them out of society or travel.’

Piers agreed that was ‘fair enough’ and if people have a medical reason for not taking the vaccination, those exemptions should be ‘built into the system’.

He then stated: ‘Nobody’s going to be flying out of this country to most places in the world unless you can prove you’ve had the vaccine. It’ll be like showing a passport, everybody who’s against these vaccine passports, they’ve all got regular passports.

‘I watched that ridiculous debate last week on here with that woman Dominique [Samuels], shrieking away about her rights and her freedom and I was shrieking back at her from my sofa which no one could hear unfortunately.

‘I said, presumably you’ve got a regular passport right? So when she goes to an airport and security…’

At this point, Susanna hit back at her co-host: ‘But Piers, you’re being disingenuous, having a regular passport does not require you to have a medical intervention.’

Dr Hilary then explained: ‘We already have precedent for this with yellow fever vaccination, you can’t go to several countries without that certificate so we’re already doing this with other viruses and diseases.’

The UK beat its own target of vaccinating 15,000,000 people before February 15, with more than half a million also receiving their second dose

Prime Minister Boris Johnson has previously said that while vaccine passports won’t be necessary for browsing the high street, they might be required for travel.

2 personality traits humans share with dolphins, according to new research

Chris Harrison says he plans to return to ‘The Bachelor’ in 1st interview since...