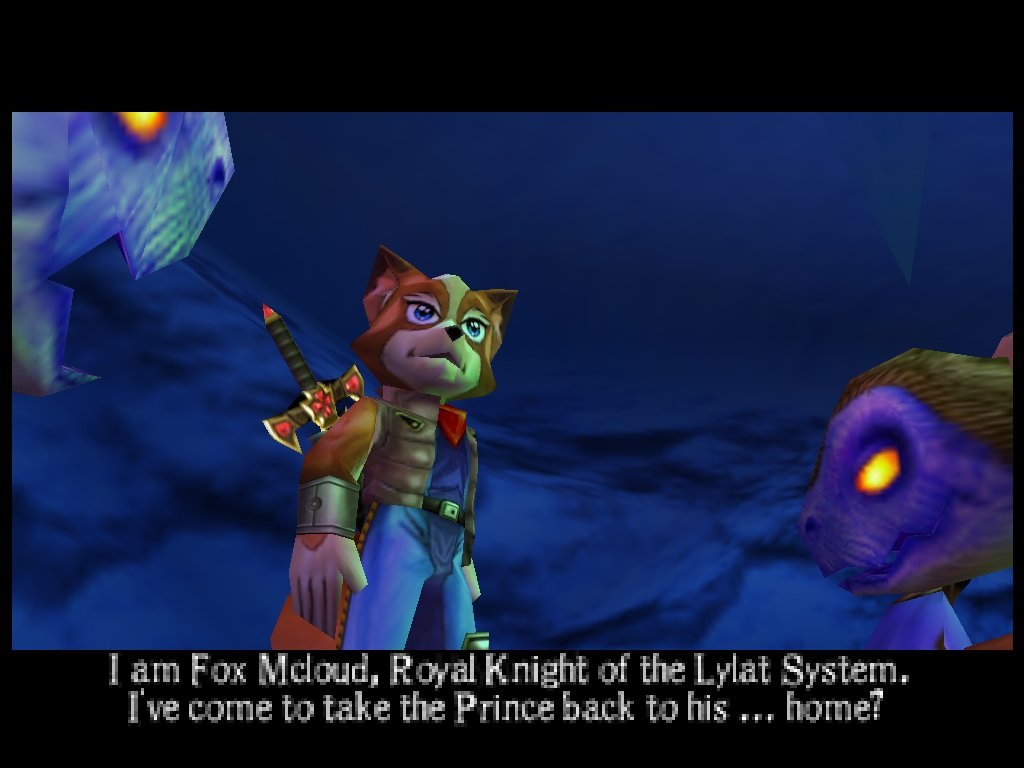 GameCube title Star Fox Adventures was originally an N64 game called Dinosaur Planet and a build has been made publicly available online.

There’s been a sudden spate of fans uploading playable versions of old N64 Rare games lately. First, the Xbox remaster of GoldenEye and now Dinosaur Planet, aka what Star Fox Adventures was originally going to be.

Games preservation group Forest of Illusion (which also shared the N64 Legend Of Zelda beta last month) was able to obtain the build of Rare’s old N64 project from a private collector in Sweden.

Apparently, the build is from December 1, 2000 – which makes it a late version of the game that already includes Star Fox, despite the game originally having nothing to do with them.

Although the game is in a playable state, Forest of Illusion warns that it won’t work perfectly on an emulator. Not that that’s going to stop the especially curious from trying anyway.

Dinosaur Planet is a rather interesting Rare novelty. It initially started life as an entirely new property: an open world adventure game not too dissimilar to Ocarina Of Time, set on, well, a dinosaur planet and starring two playable characters, Sabre and Krystal.

Nintendo legend Shigeru Miyamoto noted that Sabre looked very similar to Fox McCloud, star of the Star Fox series, and this eventually led to the game being retooled to be a Star Fox game.

Due to development taking longer than planned, what was supposed to be Rare’s N64 swansong ended up only being officially released on the GameCube. However, Fox’s presence in the leaked build shows that the change occurred before the switch to GameCube, although some assets do still refer to Sabre.

Despite this big change, many elements carried over, namely the core gameplay and setting. Sidekick character Tricky was kept to aid Fox on his adventure and main villain General Scales stuck around (although he does infamously get overshadowed by surprise final boss Andross).

Krystal, however, kind of got the short end of the stick (or staff in this case). While she is playable in Adventures’ opening, she’s quickly kidnapped and spends the rest of the game trapped, which is quite the downgrade from sharing the protagonist role.

She would go on to become a Star Fox mainstay, joining Fox’s team at the end of the game and becoming Fox’s love interest. Unfortunately, her last appearance (not counting her Super Smash Bros. Ultimate cameo as an Assist Trophy) was in Star Fox Command for the DS in 2006, since 2016’s Star Fox Zero was a reboot/retelling of Star Fox 64.

As for how Star Fox Adventures turned out, it did receive generally positive reviews and is not without its fans – even though it has very little in common with traditional Star Fox games.

Its release came just as Microsoft was becoming interested in acquiring Rare and as a result ended up as the last major release under Nintendo’s stewardship, bar a few handheld ports of existing games.

MORE : Star Fox 2 review – the sequel that never was

What would it take to #FreeBritney from her conservatorship? A legal expert explains

Has Dancing On Ice 2021 been cancelled? When is it next on?