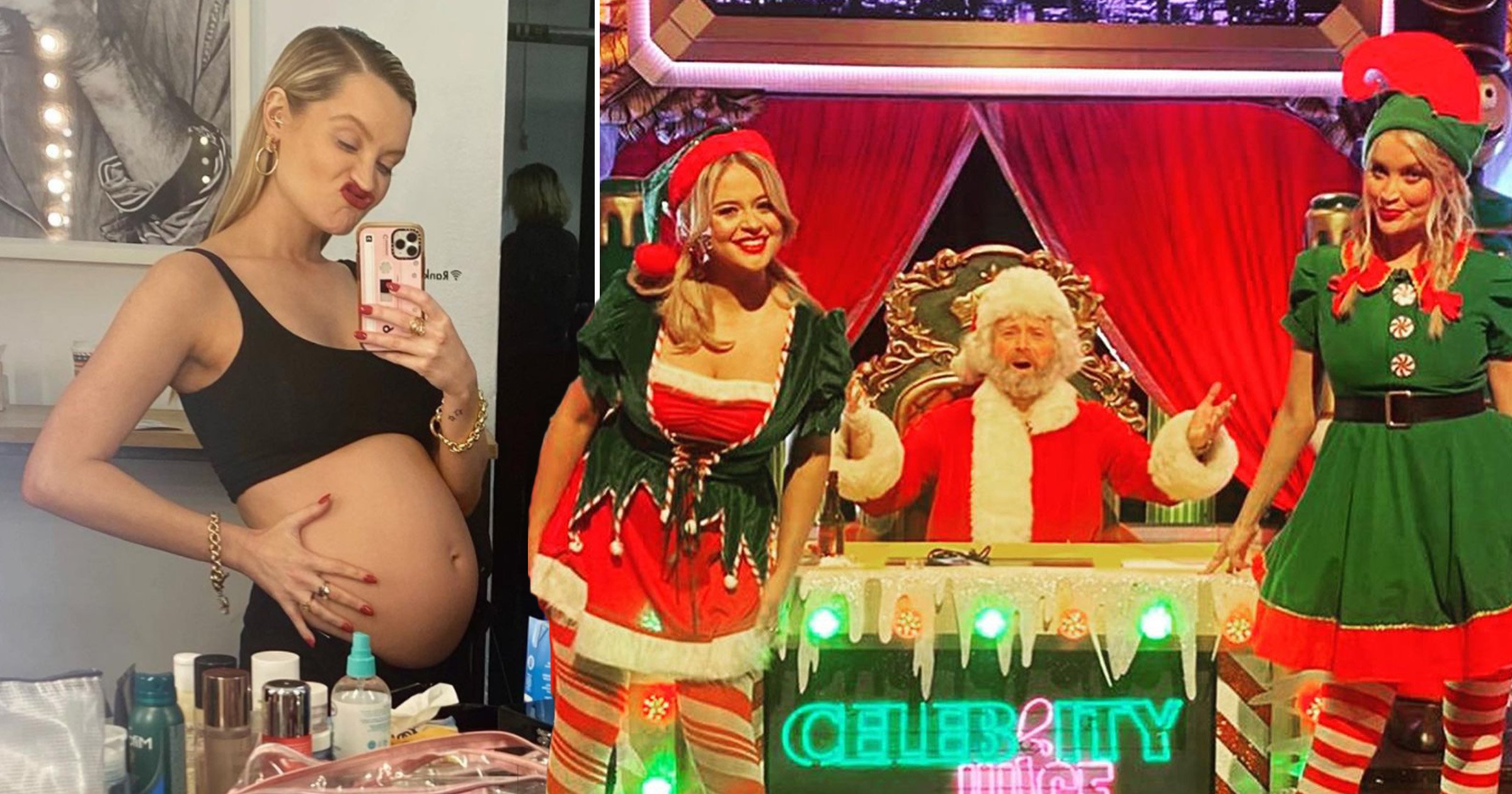 Laura Whitmore has revealed she had to get stealthy to hide her pregnancy while filming Celebrity Juice – with even her co-stars Emily Atack and Keith Lemon not knowing.

The Love Island host was announced last year to be taking over team captain duties on the loud and lairy panel show, where guests tend to drink before taking part in the bonkers challenges.

But after finding out she was pregnant, Laura decided to hide the truth from everyone, including Emily and Keith, to prevent the news getting out.

Though getting a fair amount of sickness throughout her pregnancy, Laura admitted that was easier said than done.

Speaking to Stella magazine this weekend, she said: ‘I filmed Celebrity Juice and everyone around me was drunk, while I was secretly pregnant and being physically sick.’

Laura and husband Iain Stirling announced the happy news in mid-December, shortly after it was revealed they had secretly got married in her native Ireland.

Despite her upcoming arrival, Laura has insisted that she intends to continue hosting Love Island should it return this year – and will not give up working after having the baby.

‘All my friends from school are doctors or teachers,’ she told The Telegraph.

‘The fact that I even thought it was possible to go off and work at MTV came from my mum because her attitude was: “If you want to, then why not?”

Currently, it’s not been confirmed when Celebrity Juice will be filming its next series.

Sacha Baron Cohen won’t bring Borat back for a third film because his ‘luck...

Pink debuts new song Cover Me In Sunshine with daughter Willow after ‘terrifying and...