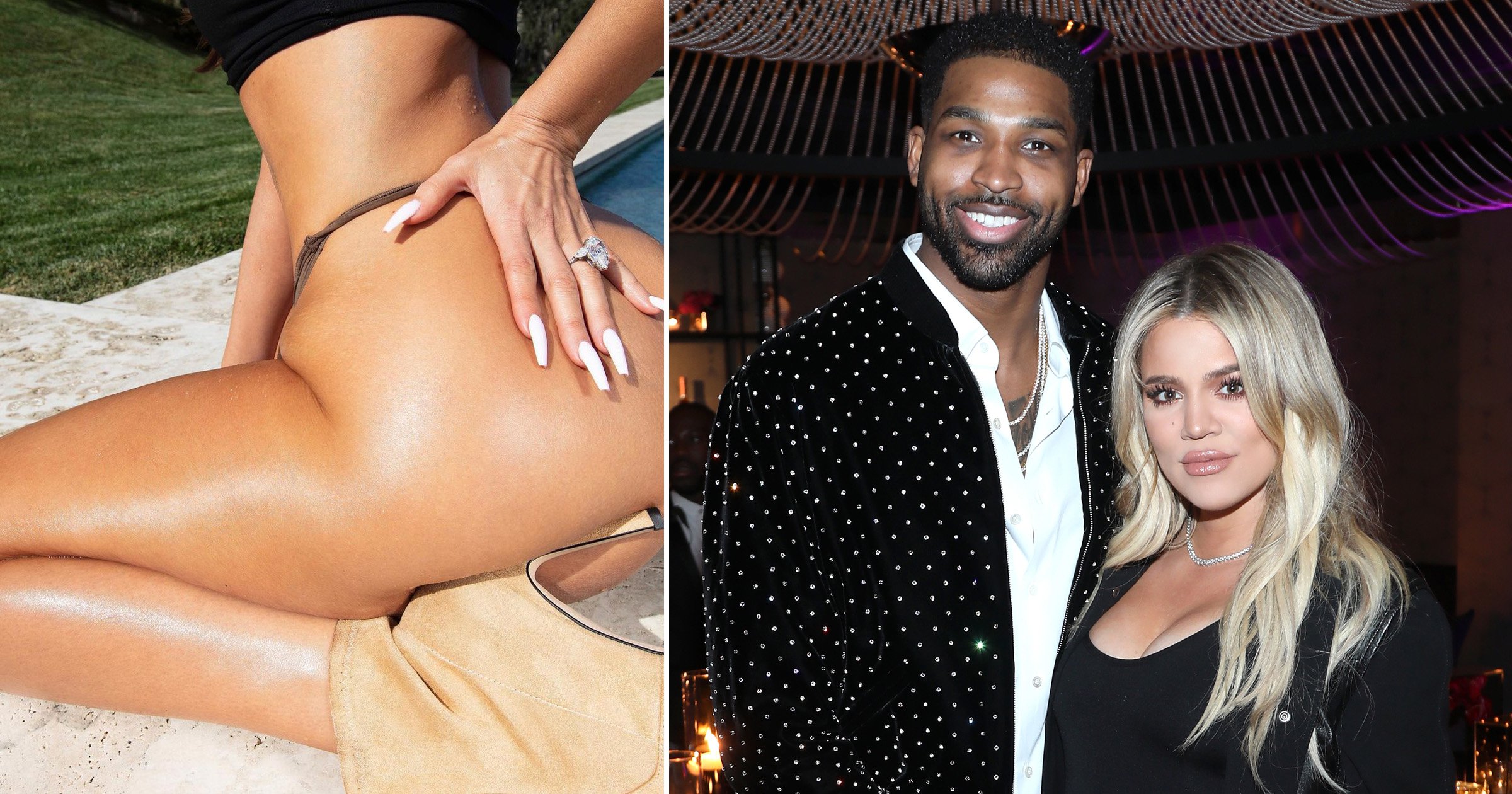 Khloe Kardashian believes her connection with Tristan Thompson was written in the star signs after revealing why she thinks they’re ‘so close’.

The Keeping Up With the Kardashians star sparked speculation she’s engaged to the NBA star after sharing a promo photo for her Good American brand with her hand sporting a huge diamond on her ring finger.

Fans rushed to congratulate the 36-year-old despite her not confirming the news. However, she did shed some insight into her relationship with her on-off boyfriend.

During a Q&A with fans on Twitter on Sunday, one follower asked: ‘@khloekardashian im a pisces and your a cancer , how does this make you feel [sic].’

Khloe replied: ‘I love Pisces so so much! My dad, my brother, the twins, Jen, Tristan etc. so many people so close to me are Pisces.’

Hours before, the reality star shared a photo of the eye-catching jewel on Instagram.

However, she made no reference to the diamond and instead referenced the shoes she was wearing, writing: ‘New @goodamerican shoes are dropping 2.25.’

When one person commented on the post: ‘Are they [sic]’, Khloe simply replied alongside a kissing face emoji: ‘Yep! They are.’

Clearly, Khloe and Tristan are back on great terms following their split in 2019 after he admitted to cheating with Jordyn Woods.

In fact, they’re getting on so well that Tristan, 29, has agreed to have another baby with Khloe, hopefully giving their two-year-old daughter True a sibling to play with.

During a teaser for the next KUWTK season, Khloe is heard telling Tristan that every time she shares a video of True, her sister Kim Kardashian messages and tells her: ‘She can’t play by herself her whole life.’

Khloe continued: ‘In my head when I was going to have kids, I never ever imagined having an only child and especially being in quarantine with her, I felt bad, like she had no friends. She had nobody.

‘And it was ‘cause you know they were isolated even from each other.’

Khloe tells Tristan that now that their child is growing older, she feels ‘it’s now time to have another kid’, to which the basketball player responds: ‘Yup, that’s what I like to hear.’

Hailey Bieber is ray of sunshine on cute stroll through Paris...