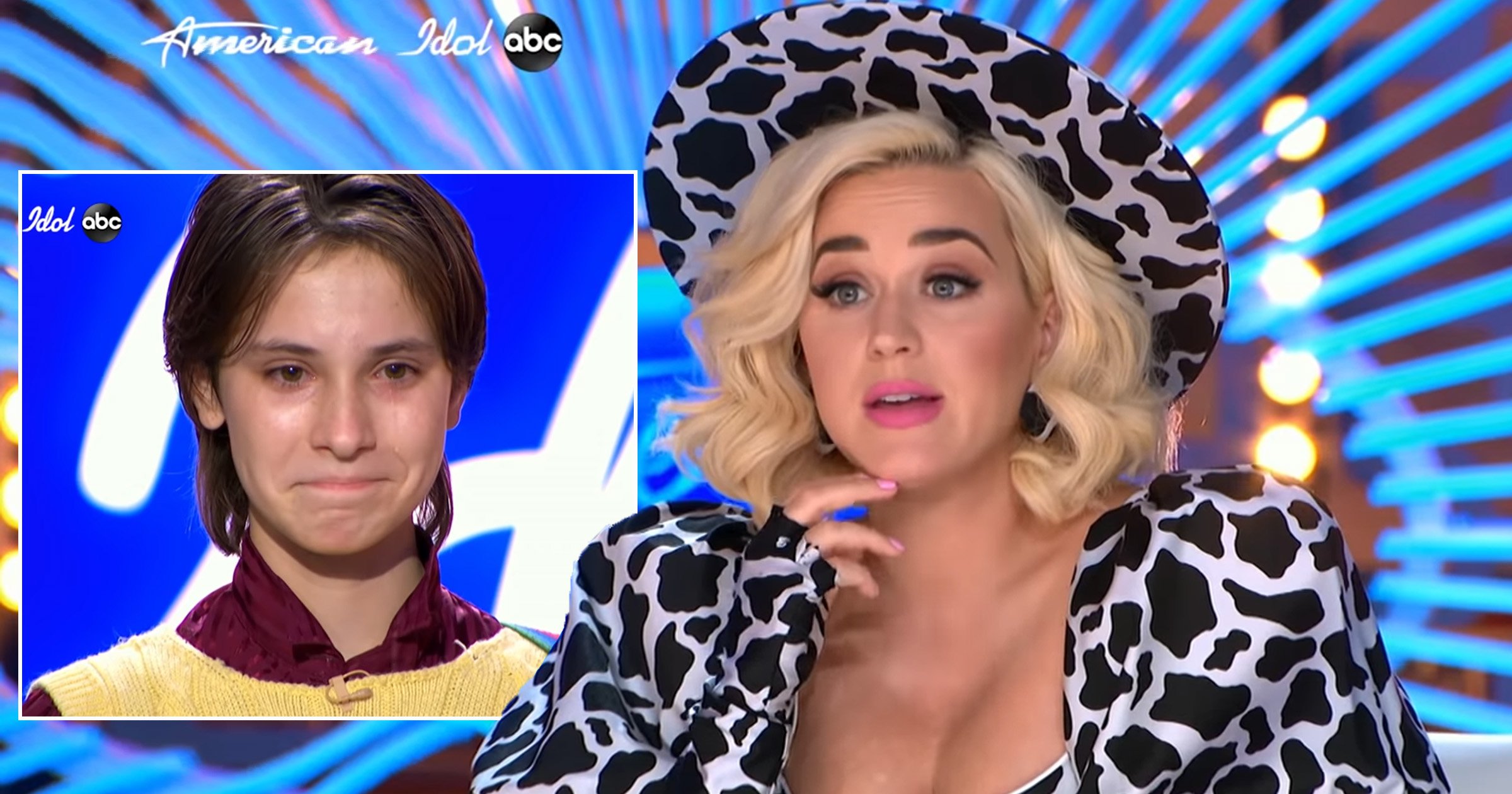 The 16-year-old transgender singer impressed the judges with his unique voice and original song, however, the stars didn’t believe he was quite ready for the singing competition series.

However, they made it clear to the teen that he had promising talent and did their best to encourage him to continue pursuing his dreams.

In the pre-taped package, Ace and his mom spoke about the hardships he’s faced since coming out at 14, including a traumatic experience in which he was not ‘allowed’ to use either the men’s or women’s restroom.

Ace explained: ‘They made me change in the closet,” said the singer. “It wasn’t fun and made me cry but it’s chill.’

The contestant added: After coming out, I definitely felt better than I have in a long time. Everybody at home, I hope they see that it’s okay to be yourself. I’m going to be myself.

‘I didn’t need any of you to tell me I’m not worth it. I am worth it and I figured it out on my own. I like myself and I wouldn’t have it any other way because I think I’m pretty cool.’

After hearing an original song performed by Ace, Katy asked the singer: ‘Is Ace your real name?’

Luke Bryan added: ‘I feel like you’re far smarter than your years…The only thing I’m dealing with is the introverted, the quietness f your voice.

‘I think as you grow older, you’ll be able to write songs in that realm and I would totally anticipate that out of you, but I don’t think it’s quite ready for American Idol yet.’

Lionel Richie also agreed as he explained: ‘Ace, I’m having a dilemma. I’m trying to figure out, when I hear your voice, if you commanded it. The curiosity of your voice is there.’

Couldn’t believe that they didn’t put Ace through. I have been watching American Idol for many many years. First time that I have ever commented. Really think that you all should rethink this.

She continued: ‘It’s going to get better in all the ways. the longer that you have more experience of life, of playing out, getting out of your comfort zone. Ace, we’re here for you and we support you. I see it in you.

‘You’re a corky artist, but we want it long-term. We don’t want a short situation for you, okay. It’s a no for now, but I’m here for you.’

The judges chose not to let Ace progress in the competition but Lionel stated to the tearful teen: ‘Best class you ever took in your life right here. What we told you was your key to your future. I’m going to say yes to make you feel good about the fact that we believe in you.’

Viewers weren’t happy with the judges decision as one commented on YouTube: ‘They did Ace wrong. He honestly was unique and better then most kids his age.’

Another added: ‘I want him to be the next Laine Hardy: doesn’t get very far one season but comes back the next season and wins :)’.

I Stopped Making These 5 Mistakes & My Nails Are Long, Strong & Healthy