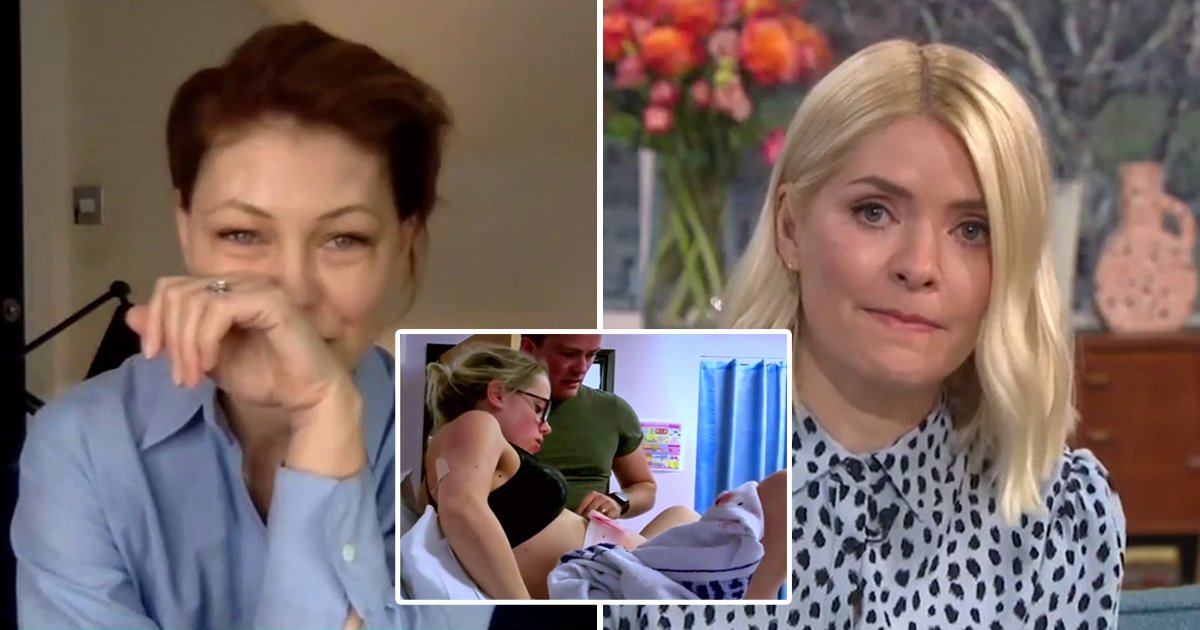 Holly Willoughby was moved to tears after watching a tense clip of parents waiting to hear their new born cry after it was born.

Presenter Emma Willis was a guest on Monday’s episode of This Morning to talk about the new series of her programme Delivering Babies.

The series was filmed last year in the pandemic which meant Emma had to watch on from home as the new lives were brought into the world.

An emotional moment was shown during the interview, where two parents, Rebecca and Neville, looked on as midwives stepped in to help their minutes-old baby, which hadn’t yet made a sound.

At the same time, Rebecca began to bleed ‘excessively’.

Moments later their baby was heard giving a loud wail, with Emma – watching on her laptop – commenting: ‘The joy of a cry!’

When the footage ended, an visibly emotional Holly said: ‘Oh my god’.

Phillip said: ‘Watching that remotely, just for us here and look at you now…’ as Emma recovered.

Emma shared: ‘It’s a really tough watch, it’s…you’ve just seen the footage but when you’re there, I’ve been in that situation as well on the ward and it’s absolutely terrifying.

‘What is essentially in a period of time maybe a minute or two, it feels like an hour. It’s just…it’s so scary.’

From watching colleagues have sex in his office to installing hidden cameras: Max Clifford’s...