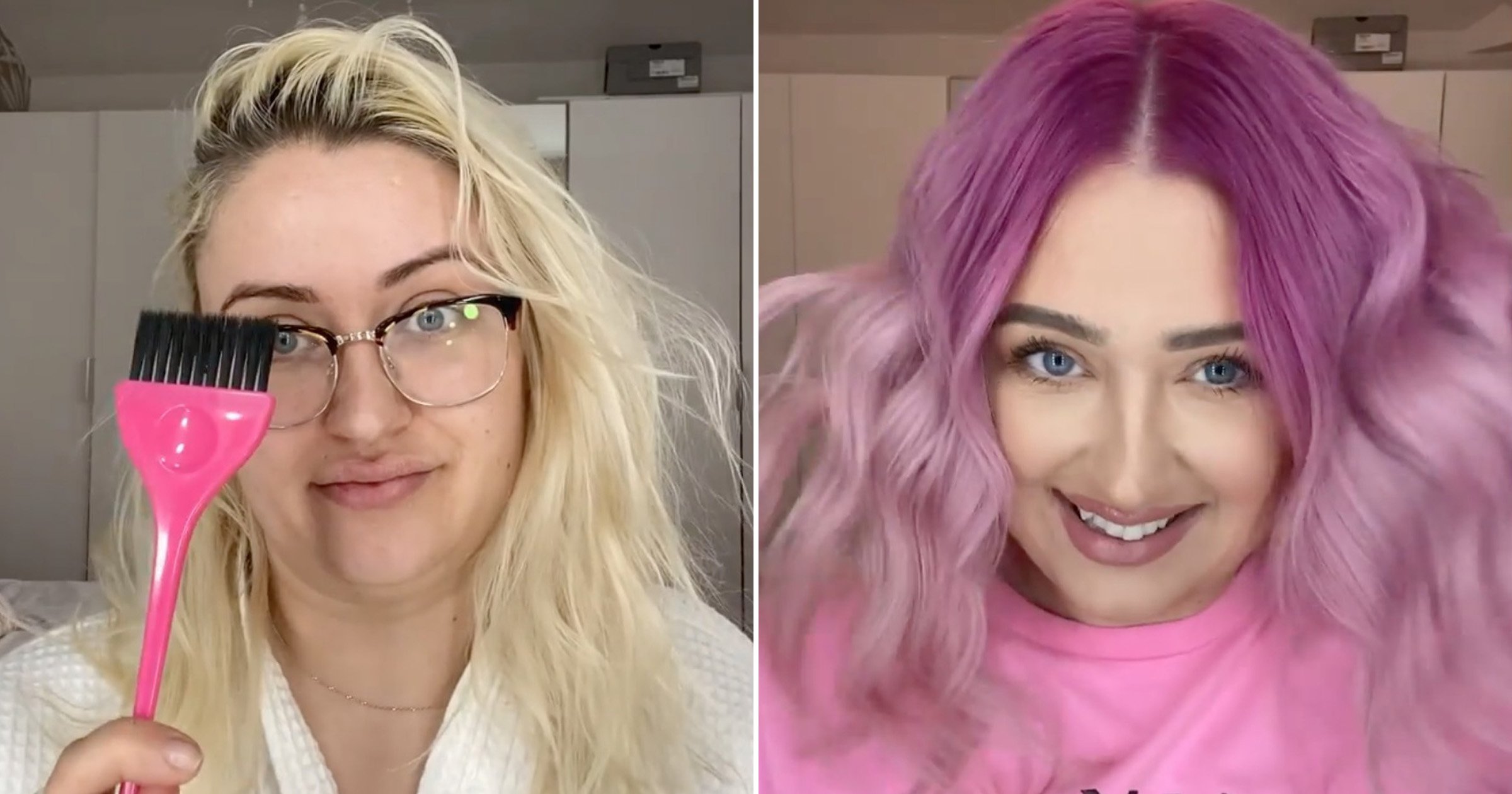 Gogglebox’s Ellie Warner has given us some serious hair envy with her latest hair transformation.

While some of us are dying to get to a hairdresser as soon as the lockdown is over, the 30-year-old stylist has shown off a bright pink ombre look.

As a hairstylist by trade, she’s been putting her skills to good use and got to work with some hair dye for a glow up just in time for the show’s return.

Posting a TikTok of the makeover on Instagram, Ellie was seen looking mopey with damp, bleach blonde hair before covering up the camera lens with a dye brush.

She then removed it a second later to reveal her complete transformation.

She wrote next to the clip: ‘I feel like me again. Would anyone like to see how I achieved this look? Let me know.’

We do. We want to know. Though we sincerely doubt we have your skills.

Gogglebox returns to our tellys this Friday, where we can catch up with Ellie and her sister Izzi, as well as our favourite armchair commentators.

The Malone Family, married couple Giles and Mary and besties Jenny and Lee will also be making a comeback.

However, the show has recently come under fire with former crew members coming forward in January to claim the show had a toxic work environment.

The anonymous staffer told The Guardian: ‘People have had enough. You don’t turn up to work to be screamed at for 12 hours a day.

‘It was the worst job I ever did. The way that it’s made is inhumane at times.’

A spokesperson for Channel 4 said that the TV channel ‘has a clear code of conduct which sets out the standards of behaviour it expects from its suppliers and production partners’.

‘We can’t comment on anonymous allegations and rumours, but we are satisfied Studio Lambert is taking appropriate action to ensure the welfare of its teams and to enforce appropriate standards of behaviour across the shows it makes for us.’

MORE : Channel 4’s Gogglebox accused of ‘toxic working conditions’ by staff: ‘You don’t turn up to be screamed at 12 hours a day’

Amazon’s Big Winter Sale: Save Up To 50% Off on Vera Bradley Bags, Backpacks...