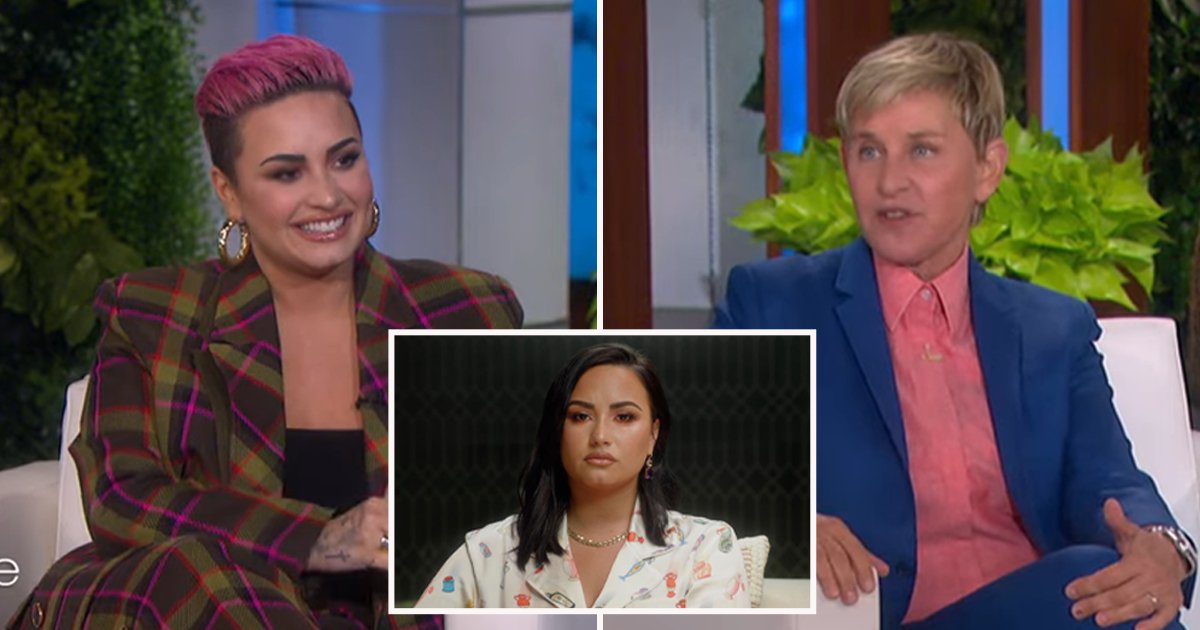 The singer is set to open up like never before in the YouTube Originals project, which sees her discuss having a three strokes and a heart attack during the darkest time of her life.

Speaking to Ellen DeGeneres about why she chose to be so candid in the project, the 28-year-old explained: ‘I talk about a lot [in the docuseries. The world has been so loving and accepting of me telling my story and just, there’s been so much love and support.

‘What’s great is we live in a time when nobody’s perfect, and we’re not gonna get role models by watching people not make mistakes.’

She continued: ‘We are going to meet and learn from our role models who have overcome their deepest darkest struggles and I wanted to show everyone — first I wanted to set the record straight [because] a lot of stories were going around that time that didn’t really know what exactly had happened.’

The Cool For The Summer singer added: ‘I just wanted to tell the world, “Hey, this is what happened, this is how I got through it, and hopefully this can help you too”. Because this journey has been such a wild ride but I’ve learned so much and I can’t wait to share it with the world.’

Demi explained that after going short in November she feels more free and authentic.

‘I also feel like I used to hide behind my hair,’ Demi explained as she described how she used her hair to cover her body when she was struggling with an eating disorder.

She continued: ‘When I started doing all this work on myself I thought, “what is something I’ve been holding onto my whole life that I need to let go of?”‘

The upcoming film, which will air on YouTube, will chart the period in her life when she relapsed after six years of sobriety and was rushed to hospital after overdosing at her home in Los Angeles.

Demi was in hospital for two weeks following the incident before checking into an in-patient rehab to continue her recovery, and has been left with permanent side effects.

Demi Lovato: Dancing With The Devil will premiere on YouTube on March 23.

MORE : Demi Lovato no longer able to drive after overdose due to blind spots in her vision and brain damage

Is Rick Grimes coming back to The Walking Dead?

Rita Ora reveals she was literally brought to her knees by Madonna during awkward...

Dr Alex George says he ‘could actually cry’ as he celebrates...