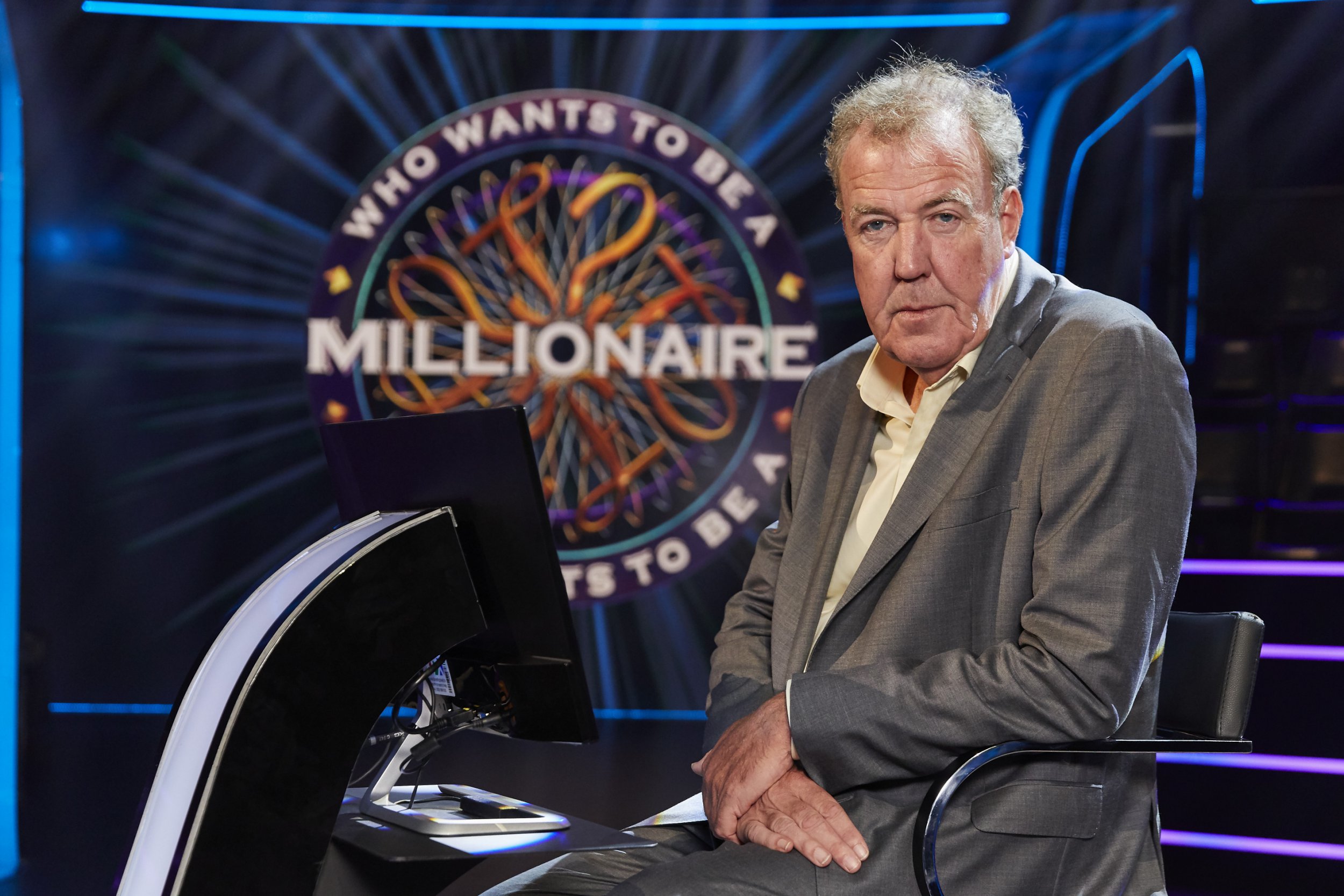 Who Wants To Be A Millionaire? We all do, right? Some are lucky enough to skip the whole ‘become a millionaire through sound investments and/or your job’ and go straight to facing Jeremy Clarkson on the ITV programme.

Recently we saw Donald Fear pick up the grand prize and leave the TV studio a millionaire, but while he may have had his brain soaring at full power and ace each and every question to get him to the top, not everyone has been so lucky.

In fact, many a contestant has crashed out in first round, or gone home with £1000. And celebrities are not immune to this humiliation, are they, Piers Morgan? Hey, even host Jeremy hasn’t got a clue half the time.

And, some left the audience, and those watching at home, gasping in utter astonishment at their bizarre blunders that have us wondering what on Earth they were thinking.

Look, it’s a nerve-wracking situation in itself, especially seeing Grand Tour host Jeremy psyching you out from over the monitor.

Still, following this week’s crashing out by Bhupinder Kaler some other brilliant moments in Who Wants To Be A Millionaire history need to be revisited – after previously highlighting some international fails.

Viewers were left baffled last night after a contestant went home with just £1,000 after ignoring her lifelines.

Bhupinder, a solicitor from Greenwich, had two lifelines remaining when she took a punt on a question, losing £7,000 in the process.

Going for £16,000, the contestant was asked the following question: ‘The term Luddite originally applied to disgruntled workers in which industry?’

She was given the options of farming, mining, textile or ceramics. Bhupinder wasn’t sure about the answer. However, instead of phoning a friend, she decided to take a guess at mining. The right answer was revealed to be textile, which meant Bhupinder went home with just £1,000.

‘I should have used my phone a friend,’ she said before departing. ‘Yes, you should have,’ host Jeremy Clarkson agreed. ‘That’s what they’re there for.’

The man who had no idea what Tiger King was

Earlier this year Craig was presented with the question: ‘What is the subject of the 2020 Netflix documentary series in which Joe Exotic clashes with Carole Baskin?’

Viewers at this point were likely yelling ‘A’ at their screens, but Craig confessed he wasn’t sure and used his Fifty Fifty lifeline to remove two wrong answers, in the hope that it might help. Still, he was no closer to the answer.

He then decided to phone a friend to see if they knew which option was right, however, they didn’t have a clue either (honestly, what have these people been going in lockdown?).

Turning to host Jeremy, Craig used his Ask The Host lifeline and, luckily, the host knew what Tiger King was about. But that was way too close a call for viewers at home, who reacted on social media in astonishment.

The teacher who didn’t know what a tog rating was

Nick Parkhouse left viewers despairing in 2019 after not knowing the answer to the question: ‘A tog rating is given to which of these household items?’

Surely anyone who has ever changed a bed, or bought a duvet should know this, right?

Asked to choose between a refrigerator, saucepan, suitcase and duvet, Nick found himself stumped and using his Ask the Audience lifeline on only his fourth question for £1000.

With 94% of the studio audience correctly voting for the duvet, Nick realised that he probably should’ve known the answer, admitting to Jeremy: ‘Doesn’t make me look very good, does it?’

No, it didn’t. And social media let him have it.

The man who enraged Spice Girls fans with one, seemingly, easy question

Spice Girls fans were left baffled as contestant Paul Curievici used all four lifelines on a £64,000 question on the girl band.

He appeared to have an easy time of it on the show – until he got to the 11th question and he was asked which song was the group’s second UK number one single – giving him a choice between Viva Forever, 2 Become 1, Too Much and Say You’ll Be There.

While viewers around the country – and maybe even Mel B and co themselves – screamed Say You’ll Be There at their TVs, Paul was definitely stumped.

‘It would be an understatement to say that this is not my specialist subject,’ he told Jeremy.

Paul opted to use his Phone A Friend lifeline, but his pal had no idea either – leading him to use his final support option, asking Jeremy for his thoughts.

‘I’m extremely proud to say I don’t know,’ he laughed before suggesting Viva Forever as he had heard of that song. Paul didn’t listen and trusted his own judgement – punting for Say You’ll Be There.

All Spice Girls fans breathed a sigh of relief as he finally bagged himself £64,000, before deciding to call it a day and take the money.

The culinary queen Prue was one correct answer away from winning £64,000 but was flummoxed when asked: ‘Which of these senior crew members on RMS Titanic survived the sinking?’

And, clearly she didn’t remember much about 1997 film Titanic as, after using her 50/50, she was left with just Second Officer Charles Lightoller and Captain Edward Smith – but still the GBBO star was none the wiser.

Then came the phone a friend, which proved to be no help at all. All that was left was to take the money and run or gamble.

The star gambled, opted for Captain Edward Smith and lost a staggering £48,000 for the charity of her choice. While she did leave the studio with £16,000, viewers were stunned she fluffed the question, despite confirming she’s watched the epic film starring Leonardo DiCaprio and Kate Winslet.

Same goes for Piers Morgan, who crashed out with £1,000

The Good Morning Britain presenter experienced an embarrassing end to his time on the show when he left with a mere £1,000 after taking a wrong turn on a Formula One question.

Piers sat in the hot seat opposite host Jeremy in December last year in a bid to raise money for Scotty’s Little Soldiers. Having reached £16,000, Piers was in line to get to his safety net of £32,000 when he was asked which world champion racing driver had not been a teammate of Lewis Hamilton in Formula One.

With the options being Kimi Räikkönen, Nico Rosberg, Fernando Alonso, Jenson Button, Piers called up his GMB co-presenter Susanna Reid for help, although she was unable to offer a guess.

In the end, Piers opted for the incorrect option Jenson Button, with the right answer being Kimi Räikkönen. This meant that he ended up leaving with just £1,000, despite managing to climb the ladder to 16 times that amount.

Or that time no one got the Fastest Finger question right

Then-host Chris Tarrant was left in stitches when not one hot seat hopeful got a pretty straight forward question in the Fastest Finger segment right.

Starting with stop, the contestants were asked to put in order the sequence of colours of the UK traffic light system.

We jest, but we know we would have done just the same up there.

Who Wants To Be A Millionaire? is available on ITV Hub.

Rugrats voice cast return for reboot 20 years after original as nostalgic fans given...

Conspirituality Is On The Rise In The UK’s Yoga Community