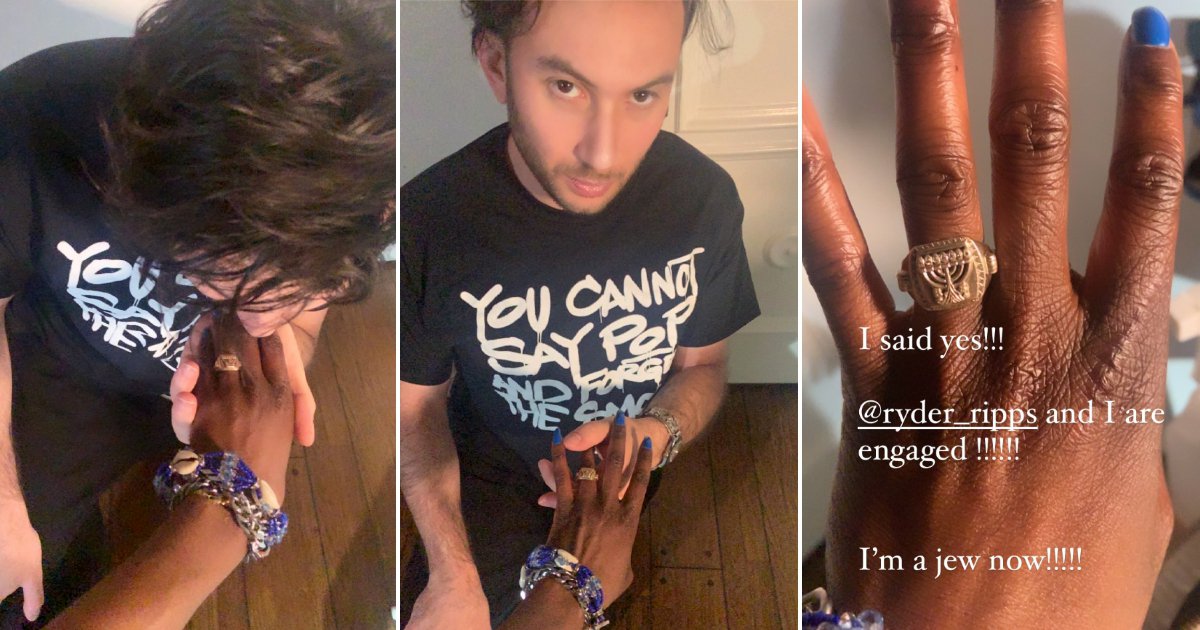 Controversial singer Azealia Banks is engaged to her partner Ryder Ripps and the delighter musician couldn’t hide her excited as she shared the news with fans.

The 212 rapper and the artist have been open about their love on social media in recent weeks, and Sunday saw Ryder get down on one knee as he put a ring on it.

Sharing a snap of her ring on Instagram, the 29-year-old stated she would be converting to Judaism for the nuptials as she wrote: ‘I just got engaged k**ts. I’m crying 😭…. I’m Jewish now. MAZEL TOV B***HES! WE IN HERE…. YERRRRRRR’.

Ryder, who designed Grimes‘ album art for Miss Anthropocene, has also been a frequent collaborator with the likes of Kanye West.

He also shared the news of their engagement on his own Instagram, sharing a different picture of Azealia wearing the ring – which is apparently a family heirloom.

The couple first made their relationship public back in 2019, right after all the whole Azealia’s famous beef with Grimes and Elon Musk kicked off.

The rapper’s happy news comes after she made headlines for far more controversial reasons in recent months.

The world was stunned when she began showing off her collection of bones, claiming she’s in possession of the skull of a six-year-old girl.

This came after she caused a whole lot of outrage after ‘boiling’ her dead cat.

Warehouse’s new spring collection has up to 70% off: 10 items we’re adding to...

From staycations & cruises to vaccine passports — all your holiday questions answered