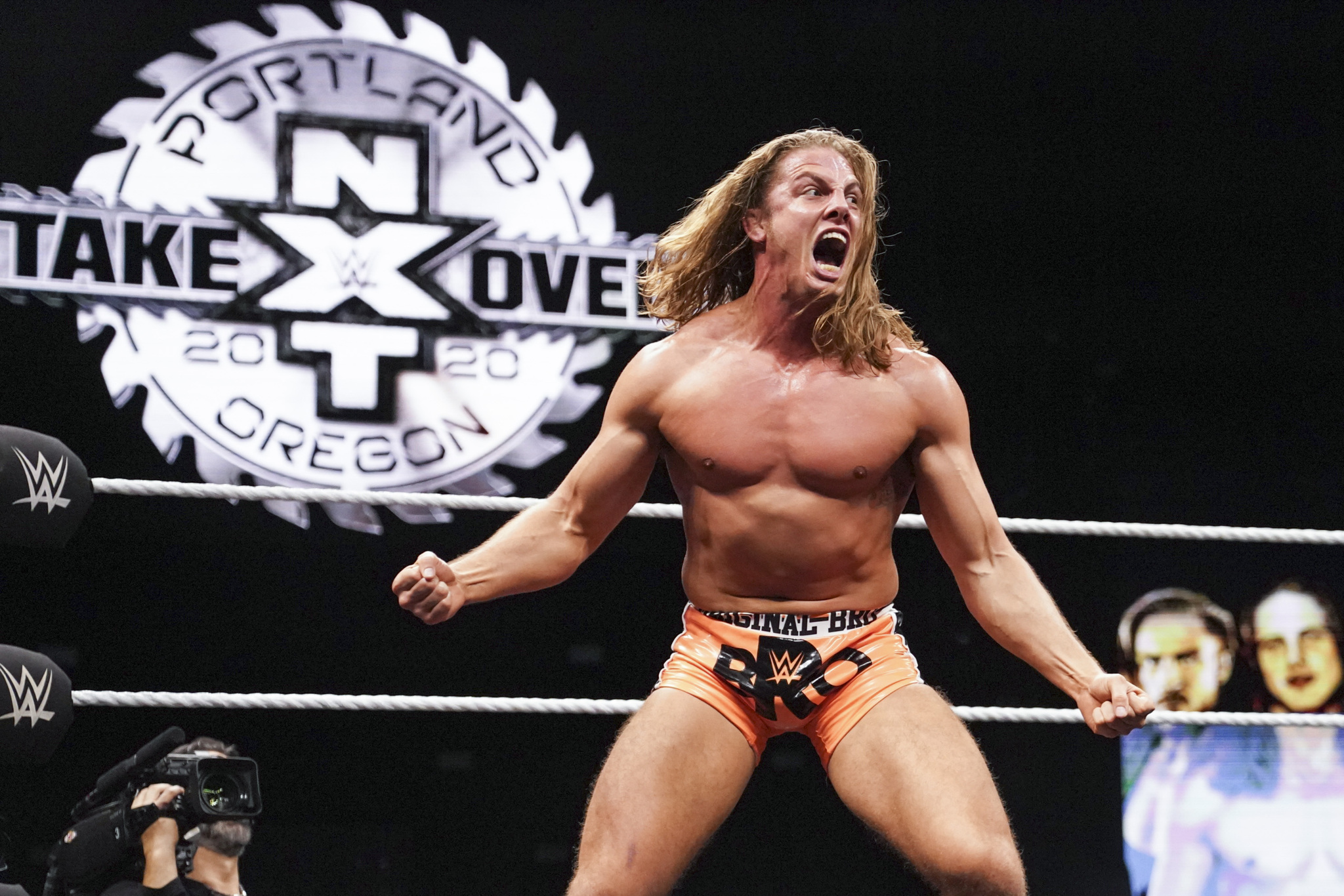 WWE superstar Riddle thinks he’d be a perfect fit for the Elimination Chamber.

The former UFC fighter – who is poised to face United States Champion Bobby Lashley and Keith Lee for the coveted title on tonight’s show – has a legitimate background in the world of combat sport which he thinks would translate perfectly into the hellish structure.

Speaking exclusively to Metro.co.uk, he said: ‘I wish I was in the chamber, I feel like I was made for the chamber, to jump off the pods and climb the chain link. Those chains are actually really nice on my bare feet – but cage matches and Hell In A Cell, those are killer on my toes.

With Riddle and Lashley’s experience with mixed martial arts, their WWE matches are guaranteed to be hard hitting affairs.

Throw in Limitless Keith Lee, and things are set to hit a whole other level with that amount of body mass and intensity in the ring.

‘I’ll tell you this – when it’s me and Bobby, we’re both former mixed martial artists. Every time he wrestles me, and I feel it. And I saw he did an interview the other day where I guess I kicked him in the rib and almost broke his rib, so I guess he feels my stuff too,’ he laughed.

‘Me being me, I’m 220, pretty big dude but these guys dwarf me. They make me look very small, they’re probably like 50 or 100lbs heavier in body weight. It’s not like it’s soft!

The former NXT Tag Team Champion – who held the titles with Pete Dunne but is yet to win a singles belt in WWE – feels like he ‘thrives’ in such an environment when he can show his strength against bigger competitors.

‘For me, whenever I get a shot at guys like Bobby or Keith or Sheamus or anybody big I can get into it with, it’s what I thrive on. It’s what I need, it’s what I want for competition,’ he said.

‘I like wrestling these big, stronger guys and I like being the underdog in these situations. It brings out the better bro in me, if you will.’

Dan Webb from MAFSA has been charged with fraud

These are the most common money dilemmas in relationships