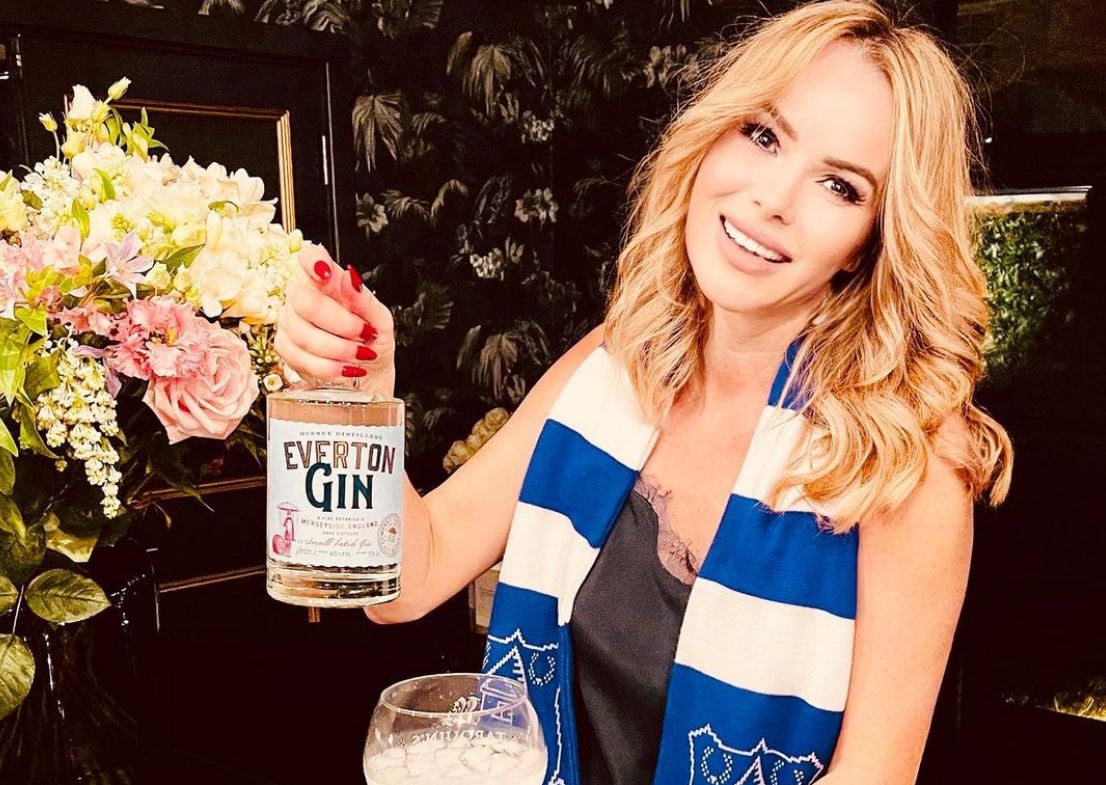 Amanda Holden celebrated Everton’s historic win against Liverpool in style by raising a bottle of gin to her team.

The Britain’s Got Talent star made a toast to her team after they triumphed 2-0 over their rivals on Saturday.

Sharing a photo of her celebrations on Instagram, Amanda sported the club’s blue and white scarf and smiled for the camera holding up a bottle of Everton Gin.

She also had a tipple with ice already made placed in front of her ready to drink to her team’s success.

The TV, who recently celebrated her 50th birthday, said: ‘Proud to be a #toffee tonight 💪🏼 #coyb @everton.’

Everton, who are nicknamed the Toffees, played Liverpool at Anfield at the weekend.

The radio host recently admitted to breaking lockdown rules by visiting her parents in Cornwall, reportedly travelling from London to Bude, after receiving a ‘distressing’ phone call from her dad.

England is currently under a national lockdown which bans non-essential travel. However, there are exceptions to provide emergency assistance or to care for the elderly and vulnerable.

In a statement, Amanda’s agent said: ‘Amanda is aware of the rules and is devastated she had to break them.’

The presenter’s spokesperson added: ‘On balance Amanda felt the round trip to Cornwall necessary to contain the matter at her family home. The very personal situation has now been aided and Amanda is back in London.

‘Amanda did not act on a whim and has adhered to Covid rules every step of the way in all three lockdowns.’

MORE : Spice Girls’ Melanie Chisholm used to ‘wish she was a lesbian’ and now feels very much part of LGBTQ+ community

When and where can I watch This Is Us series 5 in the UK?

Vaccine passport app for foreign travel will be ready in weeks – sparking hope...