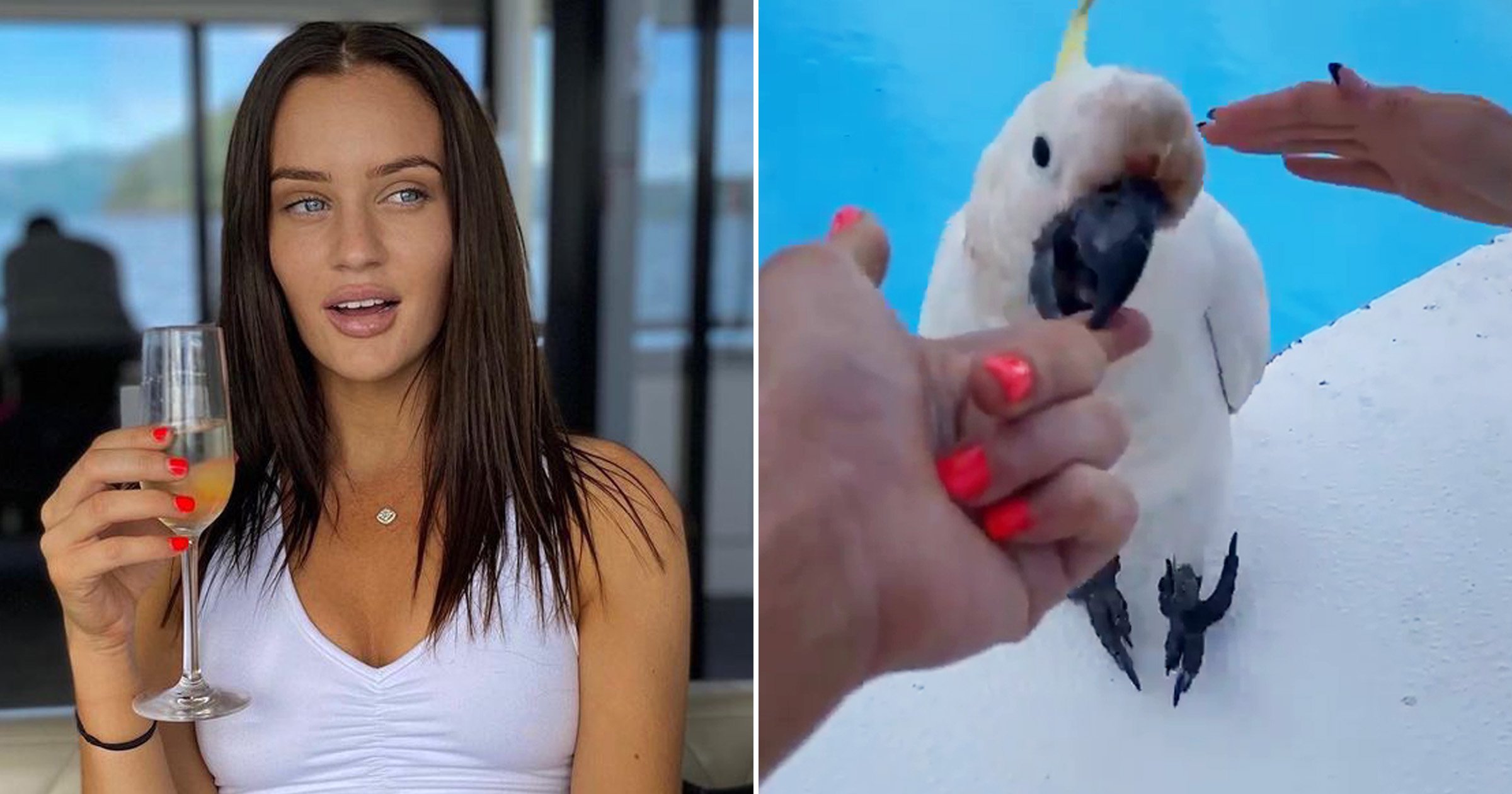 Married At First Sight Australia star Ines Basic had an unwelcome guest at her birthday celebrations this weekend, after being bitten by cockatoo in a bizarre Instagram story.

The reality star turned 31 in style with her friend and former Love Island contestant Vanessa Sierra, but not before she suffered an unexpected interruption.

The pair were celebrating in an idyllic setting in Hayman Island, Queensland when they noticed some of the local wildlife gathering near.

As Ines’ Instagram feed shows, a number of white cockatoos had congregated on their balcony and they decided to say hello.

While Vanessa’s encounter with the birds went off without a hitch, Ines was given a nasty shock.

In a video shared on Ines’ Instagram stories, the she reached out to pet the bird.

Ines soon regretted it, with the creature biting her on her finger with its sharp beak.

‘The bird f***ing bit me!’ she added, captioning the clip.

Thankfully, the bite didn’t seem to do any serious damage, with Ines enjoying the rest of her birthday without a hitch and sharing clips with fans.

The sixth season of Married At First Sight Australia originally aired in 2019, it is currently being shown on E4 in the UK.

The programme sees couples set up by experts and meet each other on their wedding days. Ines had a doomed match with Bronson Norrish and secretly became romantically involved with Sam Ball, who later alleged that their romance was fake.

Ines also recently revealed she has spent approximately £25,000 on cosmetic procedures, later expressing her desire to have a nose job.

Married At First Sight Australia returns on Thursday evening at 7.30pm on E4.

MORE : Married At First Sight Australia: Matt Bennett had bladder infection on honeymoon over wedding toilet troubles: ‘I was hospitalised!’

‘I will always play Tracy Beaker’: Dani Harmer vows to never step down from...