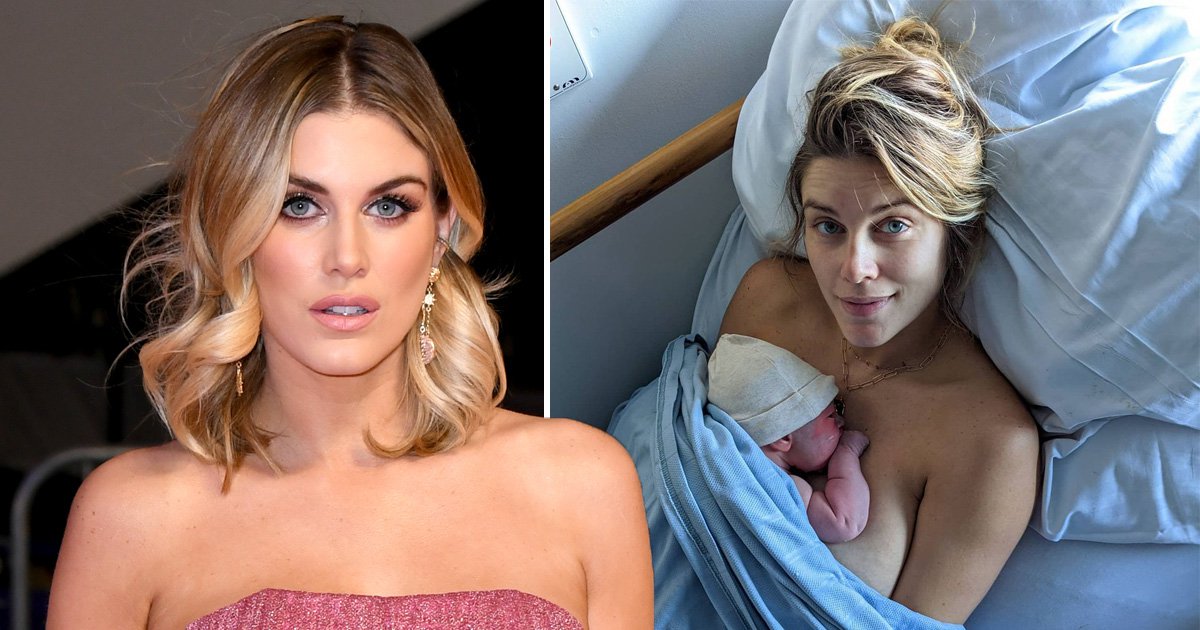 Ashley James has no time for anyone accusing her of ‘attention seeking’ by sharing breastfeeding posts on social media – insisting it’s the ‘most natural thing in the world’.

The former Made In Chelsea star welcomed her first child – a son named Alfie – in January.

She shares Alfie with boyfriend Tommy and since their little one’s arrival, Ashley has been sharing updates on her journey into motherhood for fans on Instagram.

As well as cute snaps of Alfie settling into his new home and intimate photos taken in hospital from his birth, Ashley has also shared pictures of her breastfeeding and spoken about how she’s found doing so since Alfie’s arrival.

In her latest post, Ashley revealed that her breastfeeding pictures have seen her inbox flooded with messages from either men making sexualised comments or women accusing her of ‘attention seeking’.

Firing back at judgemental comments, Ashley said it ‘genuinely makes me so sad’ to see women shaming her for breastfeeding, with the influencer telling fans she refuses to ‘hide away’ from breastfeeding her son.

Alongside a series of pictures – one of her breastfeeding, one of her in a bikini and some of her wearing low-cut outfits – Ashley called out the stigma attached to having big boobs and normalised breastfeeding.

She wrote: ‘Put your hands up if you see a woman with big boobs and make judgements and assumptions about her? 🙋🏼‍♀️

‘I’ve pretty much been topless since giving birth to my son 6 weeks ago. Breastfeeding is constant and I honestly love it because it’s the first time I’ve felt like my big boobs have a pure purpose. I feel so mother earthy.’

Ashley explained: ‘During this time, my inbox has been flooded with creepy comments from men (weird to sexualise someone breastfeeding), and judgemental comments from women about how often they’re out, or about me attention seeking.

‘It genuinely makes me so sad that there are still women who think I / other big boobed women get our boobs out for male attention. I understand it though, we’re so conditioned to be that way.’

She revealed that she’s been targeted because of her breast size since she was a teenager.

Ashley said: ‘These comments aren’t new to me. They started when I was 13 years old and first grew big boobs… Being constantly told to stop seeking attention, or to put them away even in a vest top. And I know other big boobed women have experienced the same.

‘We spend our lives trying to avoid unwanted male attention, usually starting from when we are teenagers. Feeling uncomfortable when we notice people looking at our cleavage instead of our faces. Trying to find the line between wearing what we feel good in and what we feel safe in. Finding a balance between sexy and frumpy. We know the pain of getting ready and feeling good and then our friends asking who we’ve got “the girls out for”.

‘My boobs are out all the time at the moment because that’s the reality of my situation. But also because I’m bored of women being made to feel ashamed of breastfeeding. It’s the most natural thing in the world. It’s why we have boobs, and I’m not going to hide away in any public bathroom to do it.’

She said: ‘And yes, I show off lingerie. As someone with big boobs, I wish I had that when I was younger. I wish I saw someone proud of their body and their big boobs and not being made to feel ashamed for their God given body – as I was for years.

‘Please stop judging women with big boobs. Our boob size is not our morals. We WISH people wouldn’t stare at them, but they’re literally attached to our chest and we don’t want to dress like nuns. 💗 #breastfeeding.’

It comes after Ashely opened up about breastfeeding and told fans she was ‘apprehensive’ about it at first, especially when it came to breastfeeding in public.

‘Breastfeeding was something I was slightly apprehensive about because I’d heard it was challenging, but also because my boobs are SO big I felt like I couldn’t get away with subtle feeding in public,’ she said in a candid post.

‘I know there’s so much stigma and judgement around breastfeeding anyway, and the thought of having to get a boob bigger than my baby’s head out was a terrifying thought. That said, it was also something I felt quite passionate about trying to do.’

Ashley said breastfeeding has changed the way she sees her breasts as it’s the first time they don’t feel ‘inappropriate or sexual’, and she loves the bond that comes with breastfeeding her son.

Addressing critics, Ashley said at the time: ‘If people have a problem with me using my breasts for what nature intended then I think that would say a lot more about them than me.’

The Masked Singer: Who is in the final and what are all the clues?

Don’t travel for days out in February half-term next week or face fines up...