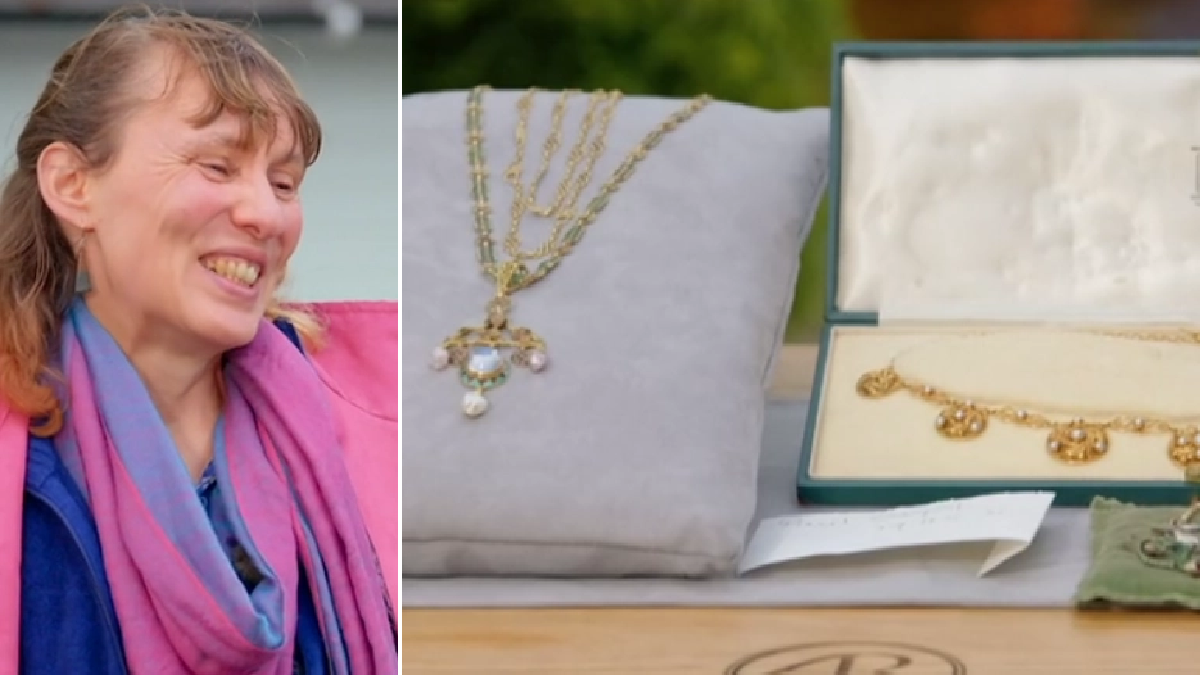 An Antiques Roadshow guest was left lost for words as her two necklaces we valued at a combined total of £23,000 in tonight’s episode.

Over the past few weeks, the show has delivered on some seriously expensive items, including a £120,000 table and statue of a boar that a man had dug up from his back garden – and this evening’s instalment was no different.

The latest chapter of the BBC series saw the experts looking at treasure in Lake Windermere and a woman presented jewellery specialist John Benjamin with two items that hand been handed down to her from her grandmother.

The first accessory was believed to be made by leading craftsman John Paul Cooper and contained a water sapphire and three natural pearls.

John was excited as he then turned his attention to the other statement piece, a H. G. Murphy necklace.

‘To give you an idea, Harry Murphy’s jewellery was sold last year in a sale and the biggest piece sold for £90,000,’ John enthused.

‘I’m hoping mine are not that valuable!’ the guest replied.

The guest was clearly lost for words by the figure and audibly gasped at the sum.

‘I know this piece of jewellery,’ John said after closer inspection.

Time to start going through those jewellery boxes!

Antiques Roadshow continues on Sunday at 8pm on BBC One.

In pictures: 17 of Spain’s most stunning secret beaches