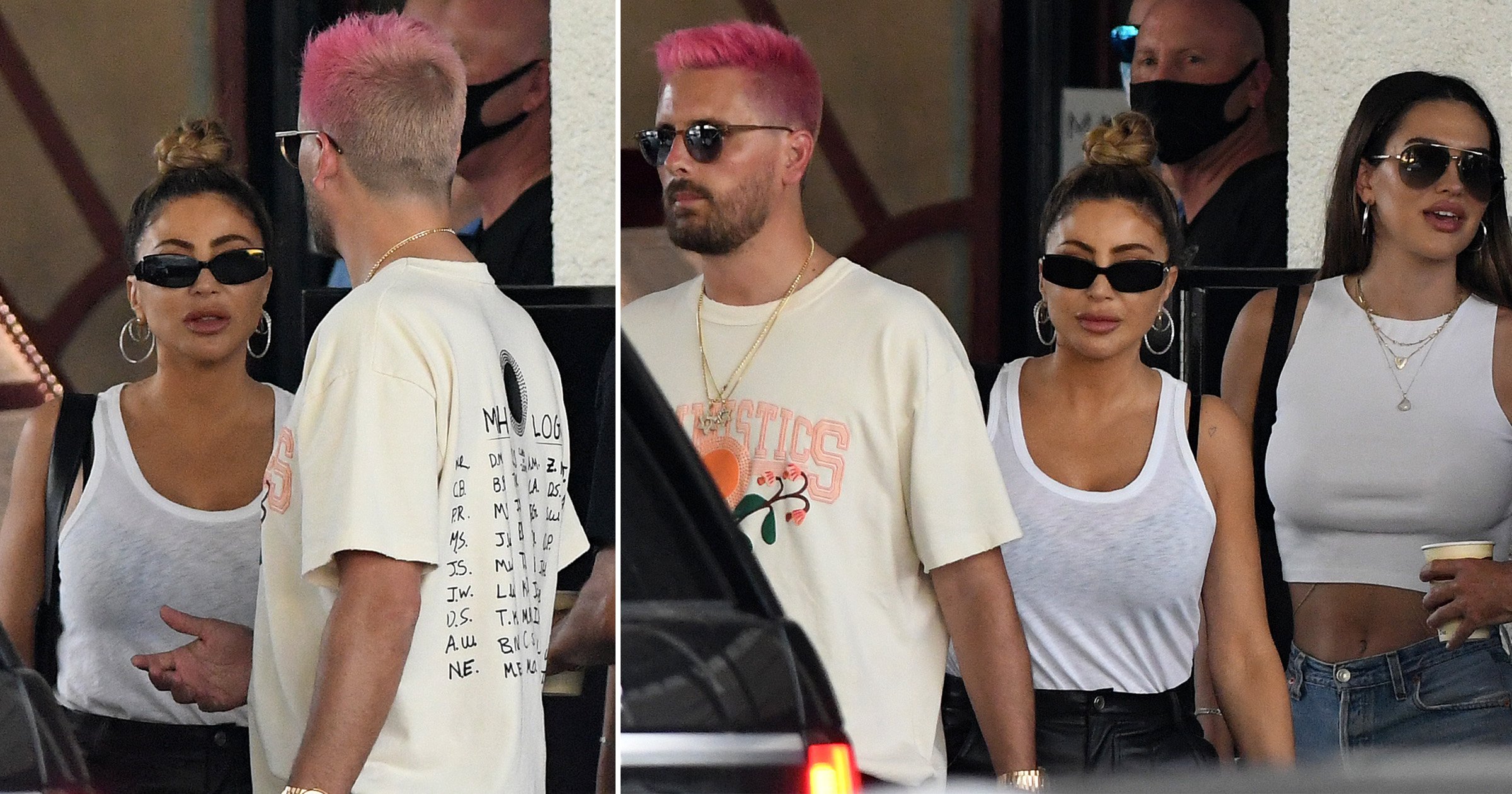 Scott Disick has been spotted hanging out with one of Kim Kardashian’s former best friends, Larsa Pippen, the same day Kim filed for divorce from Kanye West.

The reality star, 37, who shares three children with Kim’s sister Kourtney Kardashian, 41, was spotted out for lunch with his girlfriend Amelia Hamlin, 19, and Larsa, 46.

The group were also joined by Scott and Kourtney’s children, Mason, Reign and Penelope Disick, as well as Larsa’s daughter Sophia, and Jonathan Cheban.

The group stopped off for a luxury meal at Carpaccio in Miami together, where Scott also debuted his new pink hairdo.

Their outing coincided with the same day that Kim filed for divorce from Kanye, with the pair said to be splitting amicably.

Larsa also recently spoke out about her friendship with Kim going sour after so many years as besties, admitting she never expected it to end in a feud.

The former wife of Scottie Pippen told Hollywood Unlocked: ‘I don’t know if you’d call it betrayed… I think things happened and our relationship just got into to a place that was like a weird, ugly place.

Larsa insisted that she doesn’t like ‘to cause drama’, adding: ‘If I opened up my mouth, it would be serious stuff. I don’t talk about other people’s stuff.

‘You’ll never hear anything negative, bad, from my side. If they come for me, karma’s a b***h. You’ll get yours, it’s okay. I don’t even want to talk about them, to be honest with you.

‘I think I’d be more hurt if I wasn’t who I am. I’m built like a Rolls Royce. I actually have more blessings not being with them than I did with them, so I’m okay.’

MORE : Kim Kardashian steps out ahead of Kanye West divorce bombshell as she runs errands in LA

Games Inbox: JRPGs in the next generation, best Xbox One exclusives, and Uncharted: The Movie

WandaVision finale: What is the Darkhold mentioned by Agatha Harkness? Book of the Damned explained