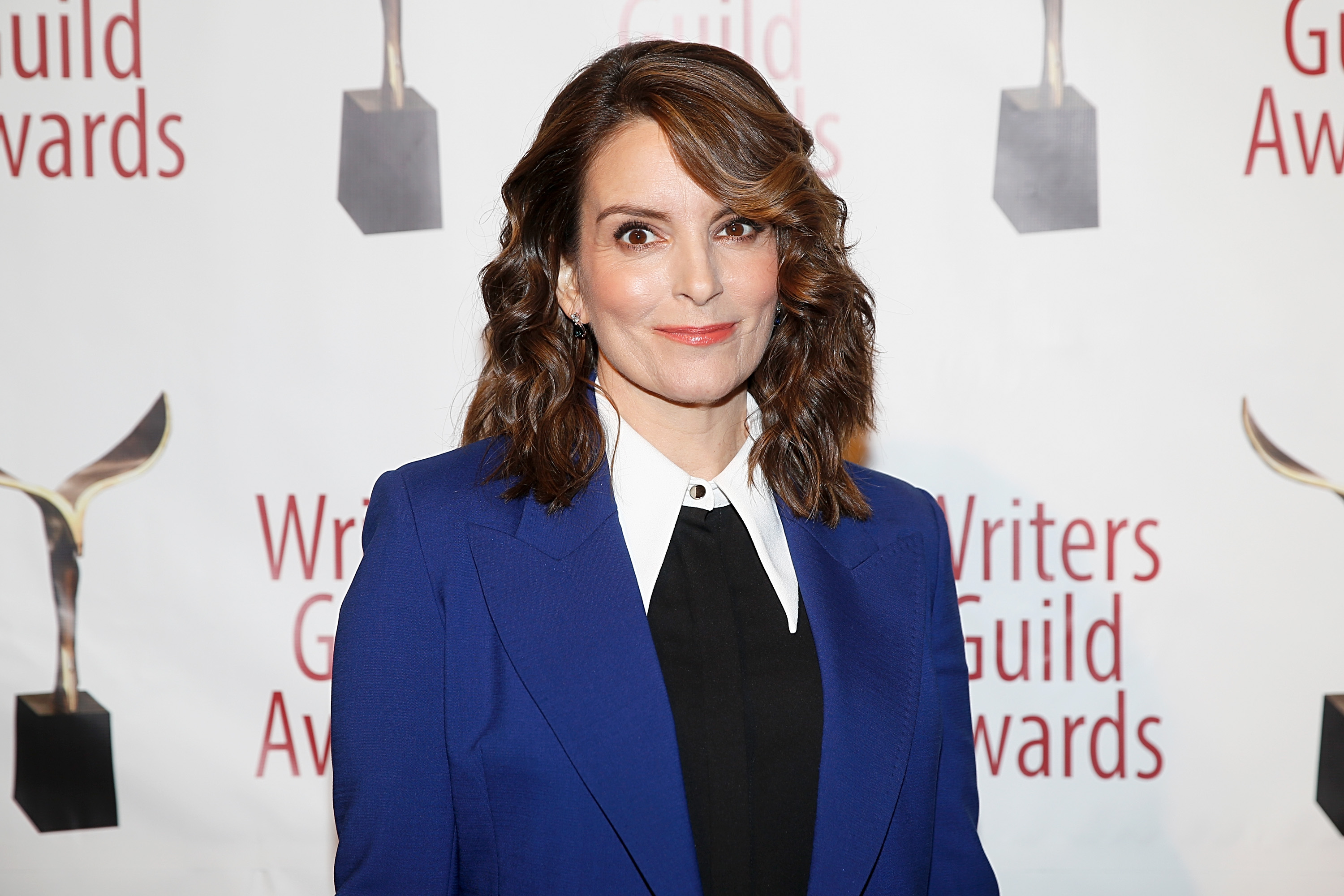 Mean Girls writer Tina Fey has come under fire for an anti-Asian joke, after a clip from the film went viral.

A video is doing the rounds on TikTok, showing the moment characters Trang Pak (Ky Pham) and Sun Jin Dinh (Danielle Nguyen) had a row over their gym teacher.

In the scene of the 2004 flick, a translation reads: ’N**** please’, with the TikTok voice over asking: ‘Uhhh sorry who’s idea was it to put that in the script?’

A user known as Bsidebui shared it on his own page, telling the camera: ‘I’m so glad that showed up on my For You page because it reminded me of how much I don’t like Tina Fey, because she consistently disrespects the Asian community.

‘Have you noticed that she always has Asian characters in her comedy. They’re always FOBs, they speak broken English, they always have accents.

‘In the Mean Girls clip that I stitched, the translation was ‘N-word please’. In other translations, they said that the girl said ‘B-word please’, when she didn’t say that at all. She said, “come on, please”. That was the direct translation.

‘But they translated it incorrectly, betting that the audience wouldn’t know the actual translation, just for the shock factor. The jokes aren’t even accurate, and she doesn’t care. I mean, she named her character Trang Pak, which isn’t even an accurate name because it’s a half Korean name and a half Vietnamese name.

‘And then she has the Vietnamese high schooler go make out with the coach, which is basically paedophilia.’

In a second video, he also spoke of Tina’s other projects, including her 2015 film, Sisters, and Netflix series Unbreakable Kimmy Schmidt.

Discussing Sisters, he continued: ‘Additionally she had Korean nail salon workers who, again, spoke broken English. You want another example? In Unbreakable Kimmy Schmidt, she casts a Korean guy to play a Vietnamese refugee.

‘And the problem that I have with that is he had to speak Vietnamese for his lines. He also needed to have a Vietnamese accent right, which he butchered both, because he’s Korean.

‘The worst part is she named him Dong. And there’s a running joke that his name means penis in English, she even makes him say a joke, “Oh Kimmy means penis in Vietnamese”, which it doesn’t, but she doesn’t even care to be correct.

‘Because at the end of the day she makes being Asian the joke itself. If you want to know why racism is so normalised in the US, it’s because of people like her, and how she portrays Asian people in her media. It’s disrespectful.’

Tina has yet to speak out over the video.

The actress sparked backlash last year when she requested that episodes of sitcom 30 Rock – which she wrote and produced on – were removed from streaming platforms over the use of blackface.

Sharing a letter to the platforms that include the comedy, via Vulture, she penned: ‘As we strive to do the work and do better in regards to race in America, we believe that these episodes featuring actors in race-changing makeup are best taken out of circulation.

‘I understand now that “intent” is not a free pass for white people to use these images. I apologise for pain they have caused.

‘Going forward, no comedy-loving kid needs to stumble on these tropes and be stung by their ugliness. I thank NBCUniversal for honouring this request.’

However, following this, many called her out for not addressing jokes that targeted the Asian community in her shows and films.

Taking to Twitter, an unimpressed fan said: ‘If only Tina Fey could pull the section of her brain that thought blackface episodes were needed in the 21st century.

‘It would leave more space for her problematic jokes about Asian ppl and sex workers!’

‘Tina Fey also has a s***ty track record when it comes to depicting Asian people, women in particular,’ another agreed.

‘I suspect Tina Fey has never actually talked to an Asian in her life,’ a Twitter user said.

‘Racism is the Tina Fey special. She makes an Asian joke in every movie she’s made and don’t get me started on that middle eastern movie she made,’ a follower suggested.

Rylan Clark-Neal rants about influencers ‘lording it up’ in Dubai: ‘The things I work on are worthy of doing’

Are You The One? is perfect replacement as Married At First Sight Australia season...

16 of the best green vegetables to eat for your health