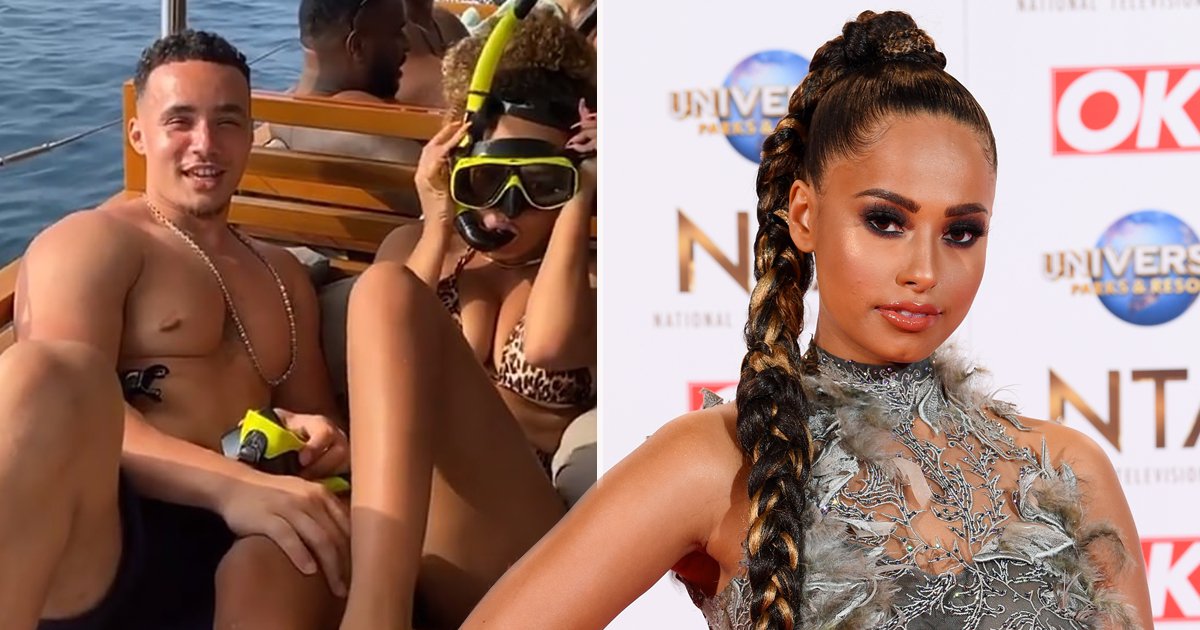 Amber Gill dumped her ‘secret boyfriend’ after discovering that he was jailed over a vicious nightclub attack, it has been claimed.

The Love Island winner, 23, reportedly met Rory Colhoun last January during a trip to Thailand, with the pair becoming close.

She later confirmed that she was no longer single and was ‘really happy’ – but is thought to have called time on their romance after being informed of his past.

Her former beau was tried at Leeds Crown Court in 2017 with two others, over an attack on two nightclub doormen two years prior – with the attack leaving one in ‘critical condition’ in hospital.

Colhoun pleaded not guilty at the time.

He was eventually sentenced to three years and four months in prison on charges of wounding with intent.

As well as this, he was given an eight month concurrent sentence for attempting to cause GBH with intent.

According to reports, the reality star ‘broke down’ when she found out about his past, with the news coming as a ‘big shock’.

‘Amber broke down today when she was told about Rory and his past. She had no idea about any of this,’ a source told MailOnline.

‘Amber has been in the early stages of dating someone and this has come as a big shock to her.

‘Understandably it’s caused her a great deal of upset and stress as it’s all come out of the blue,’ they added. ‘This has completely thrown Amber and she just wants to be surrounded by friends and family for their love and support.’

The former couple met during a holiday in Thailand, and share mutual fiends.

While Amber hasn’t publicly confirmed their romance, she was seen looking cosy with Colhoun during a boat trip in a snap shared on pal Kaz Crossley’s Instagram story.

In a candid chat at the beginning of the year, she confirmed that she was seeing someone that she had known before lockdown.

‘I’m not single and ready to mingle, that’s all I’m saying,’ she told Entertainment Daily. ‘It’s someone I’ve known from before, it’s not somebody I’ve known from lockdown onwards.

‘If I am going to get with somebody then they need to be very confident and sure within themselves so it just means that the ones that are intimidated, they get found out quite quickly and I don’t waste my time.

Frasier is back: Kelsey Grammer to return in reboot

Dancing On Ice 2021: Superstitious Lady Leshurr has theory behind injuries in cursed series...