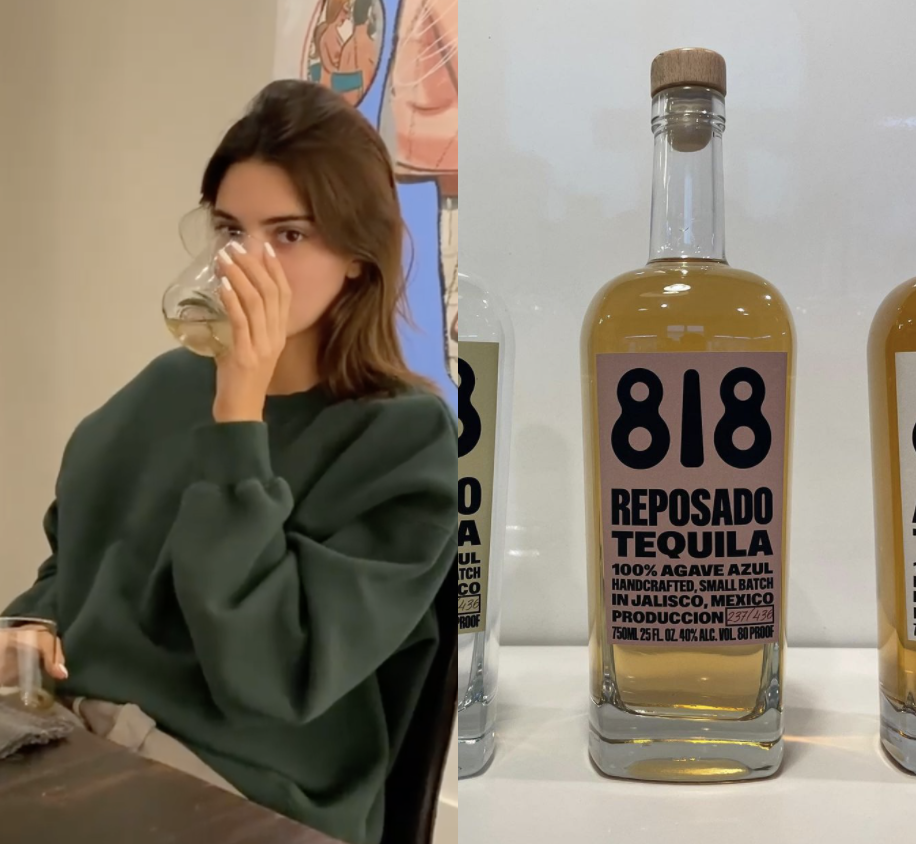 Kendall Jenner announced her latest business venture on Tuesday with a post on Instagram explaining her years-long process of creating “the best tasting tequila.” But after releasing the first images of the product named 818 after the area code of her hometown of Calabasas, Calif., people across the internet began to criticize the 25-year-old, calling it “gentrification.”

Kendall Jenner starting a tequila brand, with zero knowledge on Mexican culture and calling it “818 tequila” is GENTRIFICATION. The 818 does not claim Calabasas. What about those smaller, family owned Mexican tequila/mezcal brands? They deserve the hype & support.

Hey @KendallJenner, respectfully, as I say to my toddler, “it’s a no” regarding you hand making the best tequila in the world.

Too many actual people, namely Mexicans, actually made with their actual hands the tequila in which you are actually just endorsing, at best. No bueno.

Lucas Assis, a Los Angeles-based bartender from Brazil who has experience in the tequila industry from his wife’s family in Mexico, tells Yahoo Life that he was “disappointed but not surprised” when he caught wind of Jenner’s new brand.

“There was just a lack of respect to the culture and the importance of tequila to Mexico. She didn’t even know how to properly drink tequila,” he says of Jenner’s announcement post. “For an outsider to come out and say that in only four years and with no prior knowledge of the spirit she was able to make the best tasting tequila is disrespectful.”

Assis posted a video on his social media explaining his stance that Jenner’s 818 brand is in fact an example of cultural appropriation.

In it, he brings attention to a number of pain points that countless people throughout the Latinx community have talked about, including Jenner improperly tasting the tequila with ice cubes in her cup, failing to label the bottles in Spanish and even suggesting that four years was all it took to create what she says is the “best tasting tequila,” when the agave — a plant that tequila originates from — takes double that time to mature. All of this goes to show that people infiltrating the industry, like Jenner, are overlooking the cultural importance of the agricultural product, Assis says.

“The plant is embedded in the country’s history and culture. Celebrities need to understand the detrimental effect their brands can have on the tequila industry but even most importantly on the agriculture of the agave plant,” he explains. “Using Mexico’s culture and history for nothing other than capital gain is culture appropriation. Not to mention leaving the family-owned small distilleries, who have been doing this for generations, struggling to keep up with the sky rocketing prices of the agave, due to farmers simply not being able to keep up with the demand.”

He continues, “Agaves take eight to nine years to fully mature, so now we see the mega distilleries harvesting them as young as three to four years old and using diffusers and chemicals to extract the sugars, essentially changing the whole process and the spirit itself, just to keep up with the demand created by the big brands and celebrity tequilas.”

Tired of the celebrity tequila craze! WTF does @KendallJenner know about tequila my family’s been doing back breaking work in the fields for their entire lives in Jalisco just for ppl to come dip their toes 🙄 stay in your lane.

And not to mention profit off the brown hands that actually plant, grow, harvest ferment and distill the agave plants in Jalisco

While many people talked about profiting off of the workers in Jalisco, Mexico, others discussed the issue of Jenner calling the brand 818 to appeal to the largely Latin demographic of the San Fernando Valley.

Maybe Kendall Jenner should donate a percentage from each tequila bottle sale BACK to the low income 818 communities. Since she wants to profit off of it.

Still, some people pointed out that Jenner seems to be facing more backlash for appropriating Mexican culture than a number of other celebrities who have pushed out their own tequila brands in the past — namely white male celebrities.

very hot take: I understand the frustration of kendall jenners tequila but I have never seen the same energy for ppl like George clooney, rande gerber, the rock, nick Jonas, adam levine, etc for appropriation and their tequila brands 🤷🏻‍♀️

“Maybe there is a level of sexism from some people to see a young successful woman starting a tequila brand,” Assis says. But while the general public might not have taken to hold George Clooney and Nick Jonas accountable for their tequila companies, Assis has.

“I have been calling out celebrity tequilas in previous videos, before 818 was announced,” he explains. “I’ve called out Elon Musk and his Tesla tequila, Casamigos [by Clooney] and even Dos Hombres mezcal from Bryan Cranston and Aaron Paul.”

When it comes to Jenner’s brand in particular, Assis suggests that “few have the level of influence she has,” which might add to the attention — both positive and negative — that she’s receiving. “If you want an authentic women owned and operated tequila look for ‘La Gritona.’ It’s amazing, small batch and women owned,” he says.

While he maintains that “all celebrity tequila” should be avoided in favor of supporting Mexican brands, Assis explains that there is a right way to get involved in the industry.

“Just don’t use other people’s culture and history for nothing else other than capital gain. Respect the culture, don’t pretend you know what it means, don’t claim it your own,” he says. “There are many ways to get involved in the industry and not exploit it.”

Want lifestyle and wellness news delivered to your inbox? Sign up here for Yahoo Life’s newsletter.

Jonah Hill Says ‘I Finally Love and Accept Myself,’ Shares What ‘Can’t Faze’ Him...