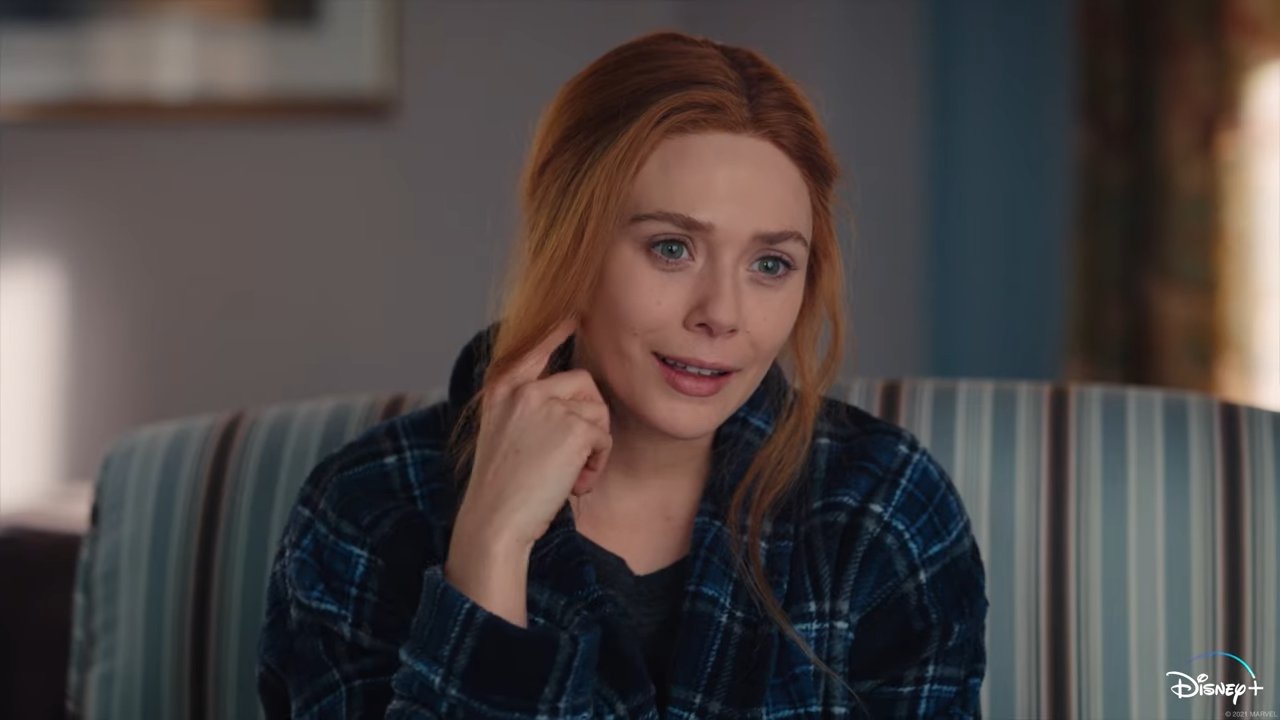 Warning: major spoilers ahead for episode seven of WandaVision.

The latest episode of WandaVision came with plenty of major surprises – including an unexpected mid-credits scene that shows Monica Rambeau (Teyonah Parris) crossing paths with Pietro Maximoff (Evan Peters) for the first time.

In episode seven of the Marvel TV series on Disney Plus, Wanda Maximoff (Elizabeth Olsen) is feeling worse for wear after the events of the previous instalment, when she expanded her false, sitcom-like reality to save Vision (Paul Bettany), who had escaped from the bounds of her Hex.

Her neighbour Agnes (Kathryn Hahn) offers to take her twin boys Billy (Julian Hilliard) and Tommy (Jett Klyne) off her hands so she can enjoy a bit of ‘me-time’.

However, later on when Wanda is welcomed into Agnes’ house and goes into the basement in search of her sons, Agnes reveals that she is actually Agatha Harkness, a powerful witch in the Marvel comics who becomes a mentor to Scarlet Witch.

The episode ends with Agatha bewitching Wanda and revealing in a title sequence that she has been ‘messing everything up’ and ‘pulling every evil string’. But is that really the end of the episode?

Earlier on, after crossing the boundary into Westview several times, Monica starts to develop superpowers, with several fans speculating that she may soon take on the moniker Photon, one of the character’s aliases from the Marvel comic books.

Shortly after the credits for the episode start rolling, a mid-credits scene appears, showing Monica opening up the doors to Agnes’ basement.

As she looks down, she sees vines covering the walls, which are covered in Agatha’s purple magic.

But before Monica can descend the stairs, Pietro sneaks up next to her, startling her as he says: ‘Snooper’s gonna snoop.’

When it was revealed that Agatha has been manipulating the reality in Westview, one clip showed her seemingly controlling Pietro when he turned up at Wanda and Vision’s front door.

So is Pietro still under Agatha’s control, or he is acting on his own accord as he meets Monica?

While this further cements the idea that this Pietro is not the same character played by Aaron Taylor-Johnson in the 2015 film Avengers: Age of Ultron, there are still many questions surrounding the character.

Evan played a different version of Quicksilver – Peter Maximoff – in the X-Men film franchise. So there’s still the possibility that his arrival in WandaVision is a signal of the X-Men merging with the Marvel Cinematic Universe.

However, he could turn out to be another character in disguise, one of the biggest theories being that he is the demonic Marvel comics character Mephisto.

Museums, hot springs, cakes – and a mummified hand: How to have the perfect...

Frustrated Gordon Ramsay yells at couple to ‘get their sh*t together’ in new BBC...

Everything we know about Love Island 2021