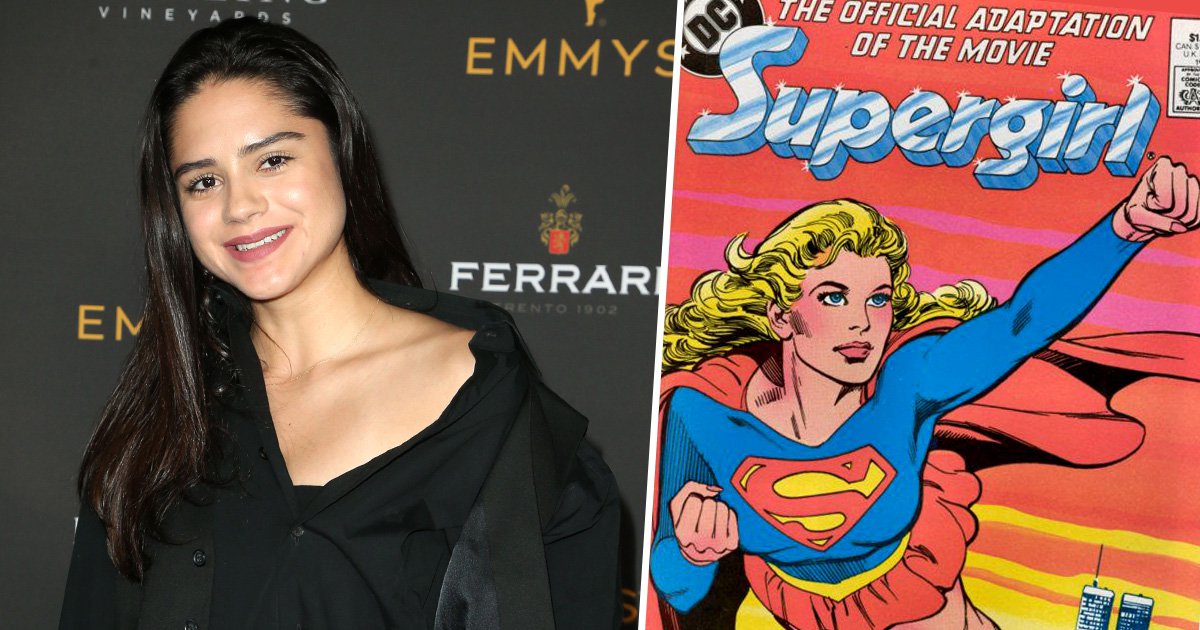 Supergirl is officially making her debut in the DCEU movies, and she’s being brought to life on the big screen by Latina actress Sasha Calle.

The Young and the Restless star beat out competition from 425 other actresses to nab the role in the upcoming The Flash movie within the DC Universe.

Friday saw director Andy Muschietti take to Instagram to confirm the news that Sasha had nabbed the role, making the Columbian-American actress the first Latina star to portray Supergirl.

In the sweet clip, the director pretended to be having a follow-up chat after Sasha’s audition before he made it clear that she had landed the coveted part.

Sasha literally bursts into tears as she gushed: ‘Thank you guys. Little me would be like, “No way”. I’m probably not going to stop crying all day.’

According to Deadline, the director and DC film boss Walter Hamada were blown away by the Boston-born star’s audition.

He stated: ‘I saw more than four hundred auditions. The US, Argentina, Brazil, Mexico, Colombia .

‘The talent pool was truly amazing and it was very hard to make a decision, but we finally found an actress who was destined to play this role.’

During the audition process, the actress reportedly weren’t informed what part they were reading, before eventually learning the truth.

The actress is best known for her role as Lola Rosales in The Young and the Restless.

She was recently nominated in the outstanding young performer in a drama series category at last year’s Daytime Emmys, while she has also starred in the YouTube miniseries Socially Awkward.

Sasha now joins Ezra Miller, who’s returning as the titular speedster, in the movie inspired by the Flashpoint Paradox arc from the comics – which involves multiple realities.

It was previously revealed that Ben Affleck would also reprise his role of Batman for the film, while Michael Keaton’s parallel universe Batman would have a ‘substantial’ part.

The Flash is set to hit cinemas in November 2022.

MORE : Rachel McAdams joins cast for movie adaptation of Judy Blume’s Are You There God? It’s Me, Margaret

Covid roadmap: What travel rules might be announced by Boris Johnson today?

Naomi Campbell, 50, dares to bare in stunning topless beach shoot at her Kenya...