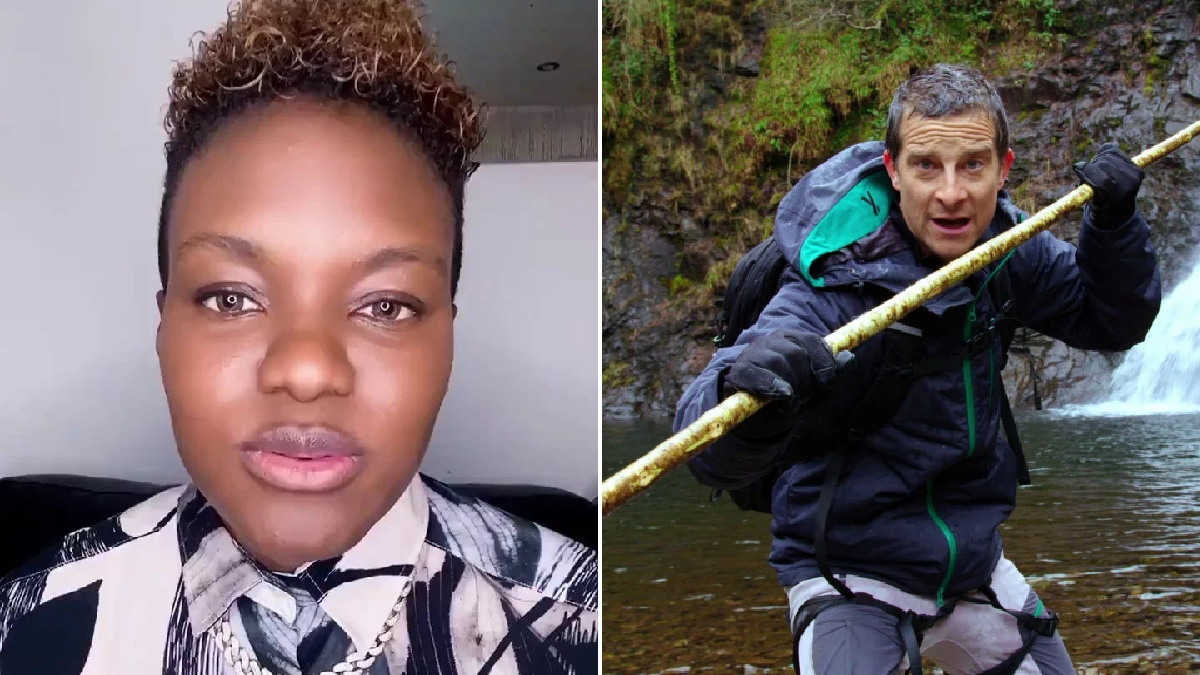 Strictly Come Dancing’s Nicola Adams has signed up to be put through her paces on Bear Grylls’ new TV show.

According to reports, the adventurer has rebooted the format for his Wild Weekends series, which was first aired in 2011, and is bringing the upcoming special episodes to ITV.

Following her short-lived stint on Strictly, Olympic champion Nicola ‘jumped at the chance to spend 48 hours with Bear’.

‘They filmed the show in Dartmoor and it was pretty tough going given the wet weather,’ a source said.

‘Nicola is a great sportswoman and was game for everything Bear threw at her.’

The insider continued to The Sun: ‘The premise of the show is not only to teach the stars how to survive in the wild but also to show a different side to them.

‘Bear is a great interviewer as well as an adventurer and he got a lot out of Nicola. It’s going to be a really great watch.’

It’s also been claimed that former rugby ace Jonny Wilkinson has signed up for an appearance on Bear’s new show.

Nicola was forced to exit the Strictly competition last year after her professional partner Katya Jones tested positive for coronavirus.

There had been much speculation over whether the 38-year-old would be allowed to return to take part in the next series of the show, however, it’s since been confirmed that she’s been banned from future seasons.

‘Nicola can’t come back because she will have an unfair advantage in the future as she’s now had weeks of training,’ Loose Women presenter Nicola McLean said, as she read a statement from the corporation.

Metro.co.uk has contacted ITV and Nicola’s rep for comment.

Colin Jost opens up about secret wedding to Scarlett Johansson and first year of...

Holiday parks with availability from April 12 – including south-west hotspots from £99 per...